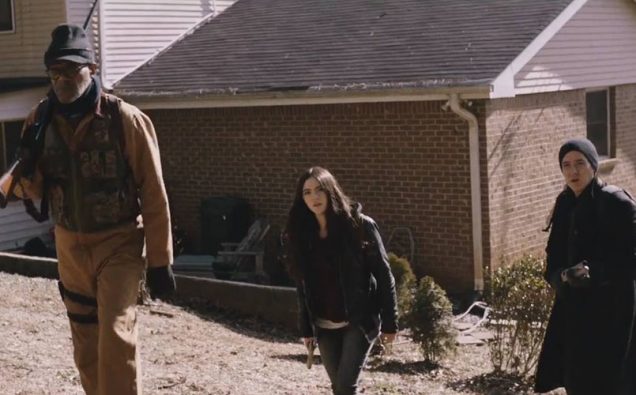 Stephen King’s novel “Cell” was published in 2006 and it’s taken 10 years to get it out on film. The movie’s been around for a while at film festivals and VOD, and will soon be released in theaters. Having read the book twice now- once a few years ago and again last week, I have mixed feelings about the film. Now I want to start out by saying that I am a Stephen King Fan. Come good and come bad, I have hung in there with the true Master of Horror since I picked up a copy of “Carrie” at a party back in high school and loved it so much that I ignored what probably was a pretty epic party- I got that enthralled in the book! I also admit I haven’t always loved his movies even if I liked the books. Amazing as “The Shining”, “Misery”, “The Dead Zone”, “The Green Mile”, “The Shawshank Redemption” and of course “Carrie” were for me, there are many that were just downright terrible and made me sad that a book or short story I liked could be turned into such a crappy film. (I’m not even going to go on about “Under the Dome”- one of the worst adaptations of all, for me.)

Now I think the major problem is not that it is a bad story, it’s a really great story. The problem for me is that it had the potential to be an incredibly amazing movie and somehow failed. I really loved the book. I mean, we see people every day mindlessly talking, texting and playing on their phones. “Cell” is a perfect statement about the times we are in. If I were a terrorist- sending a pulse into every cell phone in the world at the same time, a pulse that turns us into murderous mindless and telepathic zombies- well how perfect is that? As a zombie fan, I couldn’t help picturing the zombies going up and down the escalators at the mall in one of my all-time favs “Dawn of the Dead”. That film was a true statement on the problem with consumerism and “Cell” really honed right in to the trouble with modern technology. (As Verizon would say, “Can you hear me now?”) The special effects were well done- The world in the movie goes crazy almost from minute one, so there was a lot of great gore right away and continues throughout! It wasn’t the acting; I think John Cusack (Clay Riddell), Samuel L. Jackson (Tom McCourt), Isabelle Fuhrman (Alice Jackson), Owen Teague and Stacy Keach all put in solid performances. A stand out for me was Anthony Reynolds as Ray- he was great as a guy who was on the verge of going crazy because he decided not to sleep anymore. He was super manic and really believable.

With some movies you can say the failure is that the person that wrote the screenplay didn’t have the same vision as the person who wrote the book. But Stephen himself wrote the screenplay along with Adam Alleca (Last House on the Left). Here is the problem for me- they changed the ending! Many of my favorite Stephen King books have terrible endings. This one didn’t! I was ready for this movie and looked forward to the ending, one that was sad but touching. There was a hint of another favorite book “The Stand” in there too, when the survivors had the same dreams due to telepathy, sent from an unknown entity, bigger than themselves. If something could have been changed it should have been to add the why- that was not explained in either book or movie. We never had anyone taking credit for the pulse or saw a reason why it happened. Maybe it was an experiment gone wrong that couldn’t be taken back? That is the one question I had that I wish could have been answered, instead of wondering throughout both book and movie; would he tell me who did this and to what end? The movie’s ending left me confused and upset, wondering what just happened here? Is it a dream? Is it a metaphor? Is it just over? I loved this movie up to this point, so Stephen, why???

So book vs film? Suffice it to say I like the book better. The biggest problem with any Stephen King book adaptation is always going to be the nature of why his books are so great. We see directly into the thoughts of the characters so deeply that we begin to think like them. He uses name brands in those thoughts and makes us relate to the story more. That is hard to put on the big screen unless you have a running monologue of what they are thinking. But I did enjoy the movie, and recommend it, despite being frustrated by the ending. I didn’t hate it like say “Children of the Corn”. That being one of the worst Stephen King story to film adaptations ever. 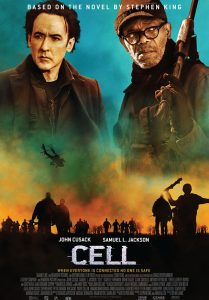