Check out the “Killer” movie at Dances with Films June 3rd 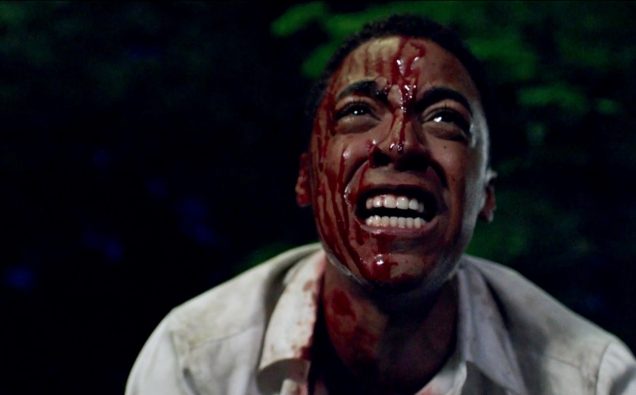 Central Park will premiere at this year’s Dances with Films on Saturday June 3rd. The indie film, written and directed by Justin Reinsilber, is a pretty straight forward revenge slasher film. That’s not a bad thing – I love slasher films and good practical effects, so the movie worked well for me.

One thing that drew me is the location. Central Park, in the heart of New York City is probably my favorite place on earth. The history, the beauty and the crazy vibe you get there, has always drawn me in, every time I go to the east coast. Reinsilber, took great care to make sure we saw a lot of the iconic spots in the park, mostly early on, while setting up the story. 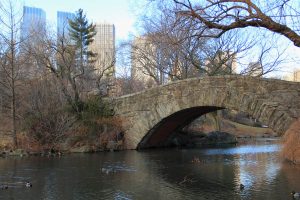 Justin Reinsilber explains what his motivation was to write this film. “One night, as my head swirled with ideas about the state of my city, I was riding my bike home through the winding, magical paths of the oasis that sits in the middle of the greatest city in the world, Central Park. Suddenly, I had what can only be described as a “eureka” moment. I knew I was going to write a film, set in the most iconic public park on earth.”

“At the same time the media was running near constant coverage surrounding the Bernie Madoff trial. I was fascinated by the mindset of Madoff. How did his personal greed grow into the behemoth that would devastate so many? What would happen if one of the financially ravaged victims of a Ponzi scheme, sought revenge? As I considered the disturbing consequences of greed in our society, the script began to flow out of me.” 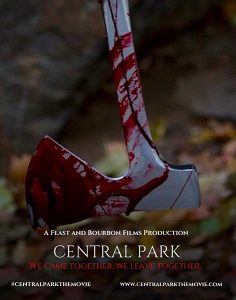 Synopsis: Central Park is a unique horror thriller that spans one night in the worlds’ most famous park. The film centers around six high school juniors, bored, mostly rich kids who aren’t afraid to spend a late night out on their own. Harold, one of the teens, is the son of Charles Lincoln Smith Jr. who is implicated in a huge Ponzi scheme (similar to the Bernie Madoff fiasco) and the others want to cheer him up. Going to the park to blow off steam with an epic party night, they are unaware that one of the Ponzi victims is ready to get his revenge, by executing them one-by-one, to pay for the sins of the father. When they say “It’s gonna be a killer night” they aren’t kidding.

The teens are not the brightest bulbs in the park. Getting drunk and high doesn’t help matters either. Acting wise, there were some good moments, but a lot of it seemed forced. I did like Harold, played by Justiin A. Davis. He got the chance to get pretty intense. His father was the reason for all the carnage, right? It did bug me that the cops weren’t very smart (an overused horror trope) and that none of the kids managed to call 911 in the middle of Manhattan, but I digress. The movie takes a while to get to the gore, but when it starts, (yay!) the movie never lets up. 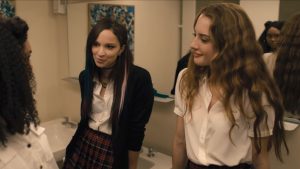 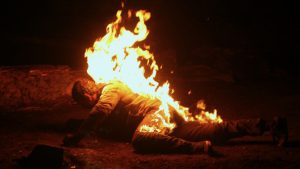 One of my favorite parts is the real-life legend brought into the story about Barry and The Central Park Big Foot. By the end of the movie, we are glad there is some truth to the tale.

All in all, Central Park is a well-done slasher flick, reminiscent of 80’s style horror. You can see the movie this Saturday at the TCL Chinese 6 Theater. It’s the late night movie selection, so you can take a midnight walk in Central Park alongside the teens, if you dare!

Since 1998 DANCES WITH FILMS has grown from presenting a handful of films to more than 150+ each year…from only narrative features and shorts to include the top documentaries, music videos TV & web on the circuit today. In 2007 DWF brought new commitment to the indie world with the advent of the 2 Minute, 2 Step Short Film Challenge where we actually shoot 10 films during the festival and present them to enthusiastic audiences. In 2012 the festival moved to its current location – the famed Chinese Theatre in the heart of Hollywood.  From there it has expanded to 11 days with ever increasing sold out theaters.