Plot and casting info also below. 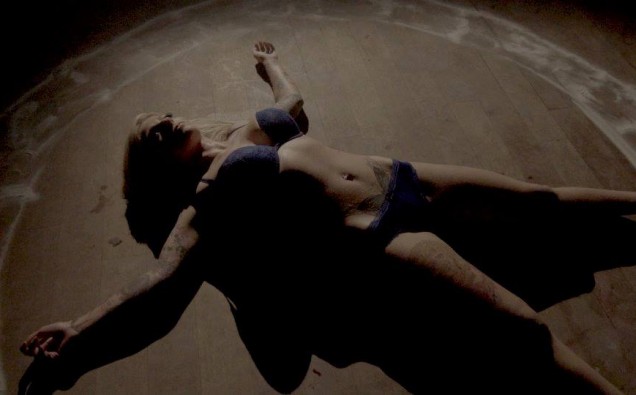 Night Kaleidoscope is an exciting new Scottish vampire flick helmed by award-winning director Grant McPhee. Filming was completed in only one week with a very minimal budget but still packs quite a punch. McPhee, taking his first leap into the horror genre, is known for being an excellent cinematographer and created this film as a throwback to those memorable horror films of the 70’s with beautiful, bold and vivid colors yet still maintaining a modern feel to it.

“The film tells the story of Fion (Patrick O’Brien),a cynical psychic investigator who peddles his gift for anyone willing to pay. His abilities depleting, he must take powerful drugs to induce his visions. After a series of brutal murders in the city, a contact in the police comes to him for help tracking down the killers. In a psychic trance, Fion witnesses one of the murders being committed. These are no ordinary killers. They feast on those they kill, vampiric, and they are lovers – a couple who murder brutally and with relish. In the midst of his investigations, Fion meets Isobel (Mariel McAllan), a young woman whose boyfriend has been killed by the pair. To save her, and track down the killers, he must harness his waning powers as well as overcoming the personal demons borne out of his troubled past.”

The film is written by Chris Purnell and Megan P. Gretchen and stars Patrick O’Brien and Mariel McAllen whom give stellar performances. Night Kaleidoscope is definitely a film that you do not want to miss. The release date is unknown at this time but keep checking back to us at the Shed for more info as it’s released!

Check out the exciting new trailer below: