Watch it for free below! 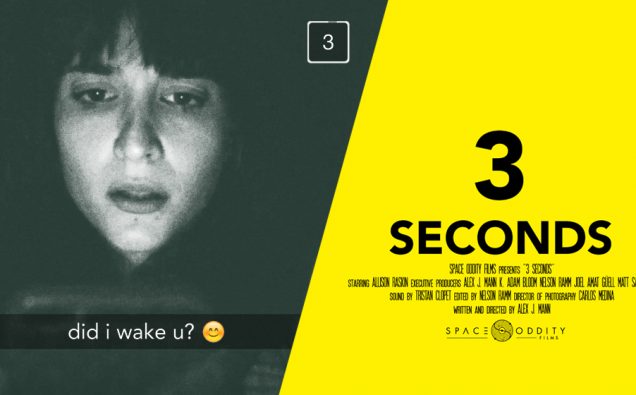 Film maker Alex J. Mann has recently released a new (very) short horror film via YouTube titled ‘3 Seconds’ that is garnishing hundreds of thousands of viewers. The film stars Allison Raskin, whom is best known for her BuzzFeed performances.

3 Seconds follows a young woman who is plagued by mysterious and disturbing Snapchats in the middle of night by an unknown assailant.

Despite the film’s micro-length, it’s still quite effective and freaky. Viewers can check it out on YouTube below: