Many spirits are said to haunt the old west, here are a few of them in Wyoming. 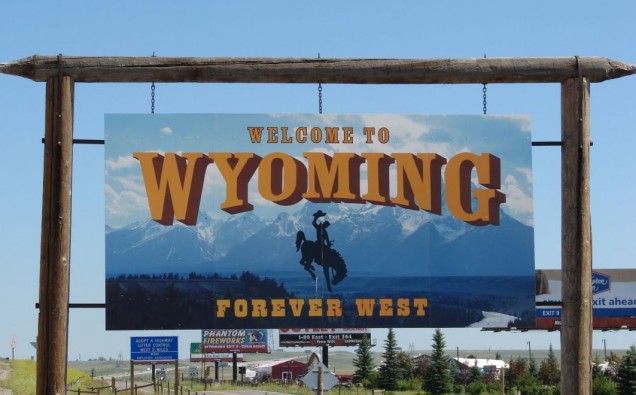 Shortly after the Civil War, General Grenville M. Dodge and his survey crew mapped the area now known as the city of Cheyenne, Wyoming. 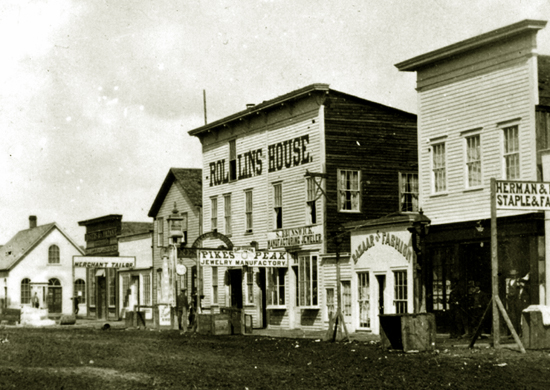 In anticipation of the Union Pacific Railroad being completed, thousands of business owners migrated to Cheyenne. They were soon joined by gamblers, drinkers, thieves, armed cowboys, prostitutes, and miners.

It isn’t a surprise that such a lawless place so rich with history later became the home of some unhappy ghosts.

Here are a few places where spirits are said to still haunt the area. 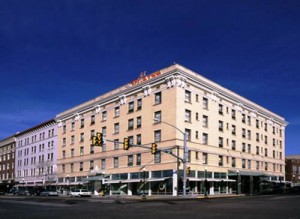 Wyoming was once called The Magic City of the Plains. The name was adapted and given to this luxurious hotel when it opened in 1911. 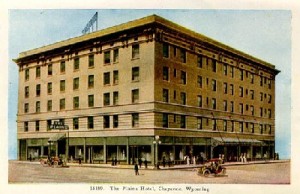 It didn’t take long for the duality of man to rear its ugly head. Upon opening, one of the first guests was murdered by being thrown out the fourth floor window.

Another couple, while on their honeymoon had a short lived marriage. A bride known as Rosie witnessed her husband in the lounge conversing with a prostitute. After Rosie followed them upstairs to the woman’s room, she shot them with her husband’s gun, and then returned to her suite and shot herself.

This happened on the fourth floor as well.

Employees of the Plains Hotel state that sometimes the doors of the hotel open and close at will. Many guests and witnesses outside have claimed to see three entities often appearing in the windows.

The hotel cleaning staff has stated that they have heard disembodied laughing, as well as crying coming from the couple’s room. 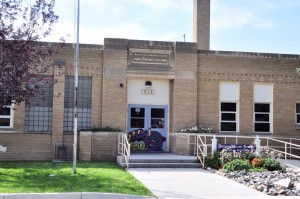 This school, which was built in 1945, is said to be haunted by a man who was killed in the furnace room.

Flickering lights, and many strange noises have been reported coming from the school, especially at night.

It is also said that if you peek into the windows at night, an image will appear next to your shadow. 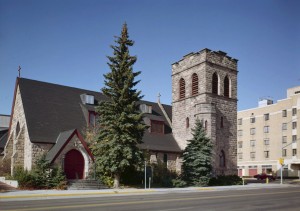 Holding its first congregation in 1868, the small church grew in numbers over the next twenty years and plans were made to construct a new building.

In the winter of 1887, blizzards killed off many cattle. Without financial support from the cattle barons, the church was forced to cap off their bell tower which was not yet complete. 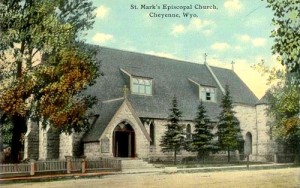 Years later, two Swedish men were hired to complete the job, and disappeared one day while on the job.

When new workers were hired, they began to report strange tapping sounds and whispers from inside the tower. It was reported years later that one of the Swedish masons fell in the tower and was killed. The other encased his remains, and fled the scene in fear of being deported.

Locals claim to have sounds of the church pipe organ that was once located in the bell tower, long after it was removed. There are also reports of whispers within the empty church, and the bells are known for going off on their own accord.

If you plan on going on a trip, or feel like hunting ghosts, Cheyenne, Wyoming is a great place to visit. Around Halloween, the city offers a legendary ghost tour that will take you these and other places in the area where paranormal activity has been reported. You can check out information on obtaining tickets by clicking here.