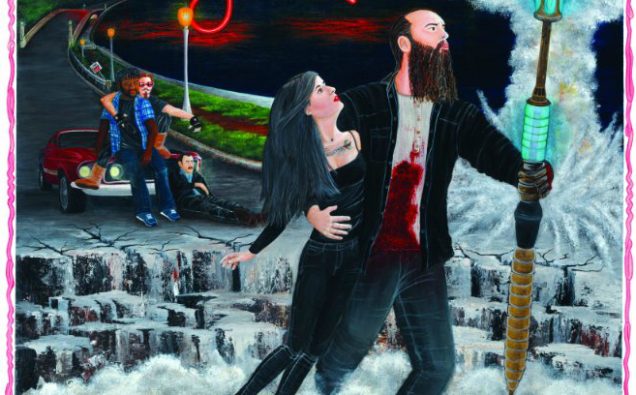 Every so often I see a movie that just takes my breath away. Chicago Rot is one of those movies.

Chicago Rot is about a man named Les, aka the Ghoul, a brutal vigilante who escapes from prison to continue his mission to kill the people who murdered his mother and stole his soul. To complete his mission he will have to journey into the nightmarish underbelly of Chicago and face men and monsters alike.

This movie is, simply, superb. At first, it just seemed to me to be a supernatural vigilante film, similar to The Crow. But as the film progresses, things become more fantastical and stylized with every passing minute, bringing to mind such great films as Nightbreed and Dark City. Th film is full of brutal gore, sleek costume design, and fantastic dialogue as it moves flawlessly between elements of exploitation, fantasy, and even some parts that seemed almost cyberpunk-esque later in the film. Overall, this is a film you will not be able to slot into a single style. rather leaping nimbly between, or rather blending into, multiple tones.

You know how they say that when you die your life flashes before your eyes? When you watch Chicago Rot to the end, the whole film will flash back to you and you will just need to take a second to process the journey you have completed. Definitely check out this beautiful, weird, bloody, amazing film!