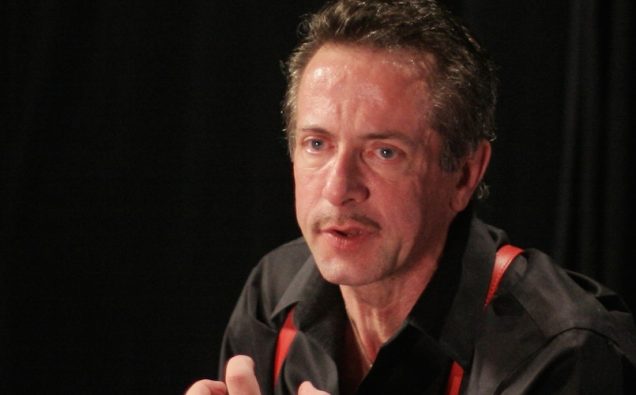 Clive Barker, the man behind the Hellraiser and Candyman franchises, is partnering with Project Greenlight Digital Studios to help on lucky indie horror filmmaker develop his or her own horror film. All the filmmaker hopefuls can submit their pitches for their original horror film and the winner of the competition will receive a budget of $300,000 to make their film. The winning filmmaker will also receive mentorship from Clive Barker himself, which some people would say is worth more than the budget itself.

“When I was looking for financing while making ‘Hellraiser,’ I wish there was a studio like Project Greenlight Digital Studios behind me.” Barker told The Hollywood Reporter.

The rules are pretty straight forward. Between February 13 and March 17, interested parties can submit their concept to the Project Greenlight website. All ideas have to be original though. So no pitches to remake older films or to adapt the film from a different medium. 10 semifinalists will be voted on by both the public and a judging panel, with the winner of the audience vote advancing alongside four selected by the judges; those five will then receive funding to film one short scene from their film. A winner will be picked from those 5 submissions and will get to develop his or her project under the guidance of Barker, who will serve as mentor and executive producer.

Project Greenlight originated on HBO as a filmmaking contest where the winning writer/director received $1 million to make his/her movie. The first season was won by the film Stolen Summer. Season 2 saw 2 competitions, one for a screenplay and one for a director. Ultimately the film, The Batter Of Shaker Heights was made. The third season shifted to Bravo and (much like this contest) was in search of a horror screenplay to create into a film. Ultimately the film Feast was made. After a 10 year hiatus, the show returned to HBO as strictly a completion looking for a director for the film Not Another Pretty Woman, but ultimately the film The Leisure Class was made. No word yet on whether or not the creation of this film will take place in front of the cameras itself, for a 5th season of Project Greenlight.

So all you horror filmmakers, and aspiring filmmakers, out there have about a month and a half to get your pitches ready. And remember if you win, don’t forget me. I’m available for any walk on roles, including “guy in store” or “customer in bar”.