Once his work draws you in, there's no going back! 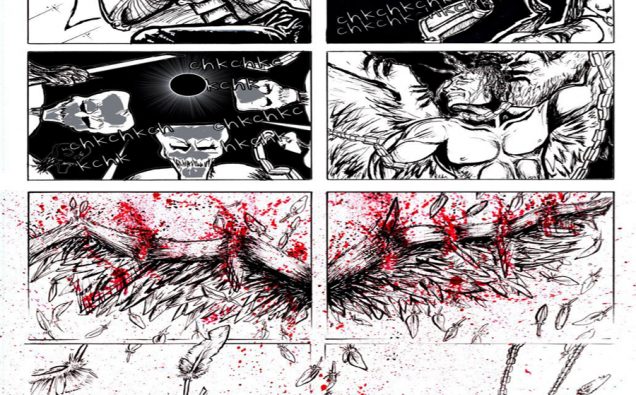 Alejandro is an artist drawn to music and gore.  He uses his art to draw fans in, then uses gruesome images to capture their attention.  He’s working on an upcoming comic that’ll give readers a new glimpse into an ancient story from the bible.

DP:What do you find more effective, gore or suspense? Why?
AG: Suspense is something everyone can relate to. It’s the fear of the unknown. In the realm of suspense, the mind is more susceptible to deeper horrors than just what’s shown. It’s when it becomes more about the characters than the monsters. When it’s about survival in unknown depths with other people that can’t either save each other or let alone trust each other. Any good suspense story will make you feel that you are in the thick of it and from there on control where they want you to go.

DP: Where do you find your inspiration?
AG: Art is deeply rooted in my family. Since childhood, I’ve been immersed in art; whether it’s music, theater or nature, my father guided me on how to incorporate all those elements into my creativity. His is always a direct approach when creating art.  I’ve done my best to maintain that same dedication, which helps when I hit those creative roadblocks.  Those frustrating moments when I get stuck, I try to take it as a cryptic message to challenge myself into a different perspective. I’ll start from scratch if I have to. I’ll doodle and doodle and doodle, which helps unclutter the mind.

DP: What scares you?
I’ve found social interactions can be intimidating, even exhausting. Especially being an introvert. It takes a little extra boost of strength to make it out the door some days. Once I get past my own anxiety and begin interacting with others, my fear soon subsides.

DP: ‘Leather of the Whip’ draws on both Horror and Religion.  Why did you choose to combine the two?
AG: I knew I wanted to create a horror story about the Catholic religion, where this series sources heavily derive from, I find to be just as mortifying.  I came up with the concept for this series over ten years ago when I came across a story that was omitted out of The Bible called The Harrowing Of Hell. It tells of Jesus freeing the souls of Hell before resurrecting to Heaven. That’s when I thought ‘What if Jesus took all that hate, cruelty and suffering he endured on Earth and goes through Hell in a blackout rage!’

However, that’s when the story began to get a little too religious, which is not the intent. Far from it. I still wanted the horror to help tell the story and not be an added feature.  There is a touch of an honorable violence from the protagonist, Lucifer, who posses the body of Jesus Christ on Earth to return to Heaven and undo God’s will. That’s when I wanted Lucifer to be portrayed as the compassionate being and God as more of the trickster.
It’s a delicate balance to keep the horror in the surroundings of his journey rather than coming off too iconoclastic with these already famed figures.

DP: How do comic books reach horror fans?
AG: There are popular titles that have been adapted into comics (Penny Dreadful, Aliens), which is great for the fans to continue following their favorite characters. There are also popular writers/artists (Scott Snyder, Alan Moore) that create beautiful, haunting art with a strong story to support. There are mainstream artists that lend their talents to the medium, such as Stephen King and Neil Gaiman. Word-of-mouth is every artist’s strongest tool, in terms of social media and reaching out to the local art community and comic shops.

DP: What future projects are you excited about?
AG: After a convention in September, I’m very excited about vending at The Night Gallery for Bleedingham Film Festival in October. Then I plan on taking a small sabbatical the remainder of 2018 to continue developing music with my long time musical partner and our band, Broken,

DP: How do you like to scare your fans?
AG: In comics, it can be a challenge to scare the readers, especially when there’s that small glimpse of what’s to come next. It’s about controlling the reader’s eye, for me. I love the small details and every panel has a purpose. I will lure the reader in with something intricate, so they can absorb the image as they leer over the details. Then with the next page blast them with a spectacular splash of something gruesome. It’s not so much about getting the scare, but that excited feeling that follows.

Alejandro has an interesting idea to blend horror and religion.  It’s an interesting approach when an artist uses religion as an inspiration.  You can see more his work below as well on his DeviantArt page.  You can learn more about Leather of the Whip on the book’s Facebook page.  You can also check out official site for more information about the upcoming comic and future works.  I’d like to thank Alejandro for giving the readers a chance to see his artwork and to learn more about his upcoming work. 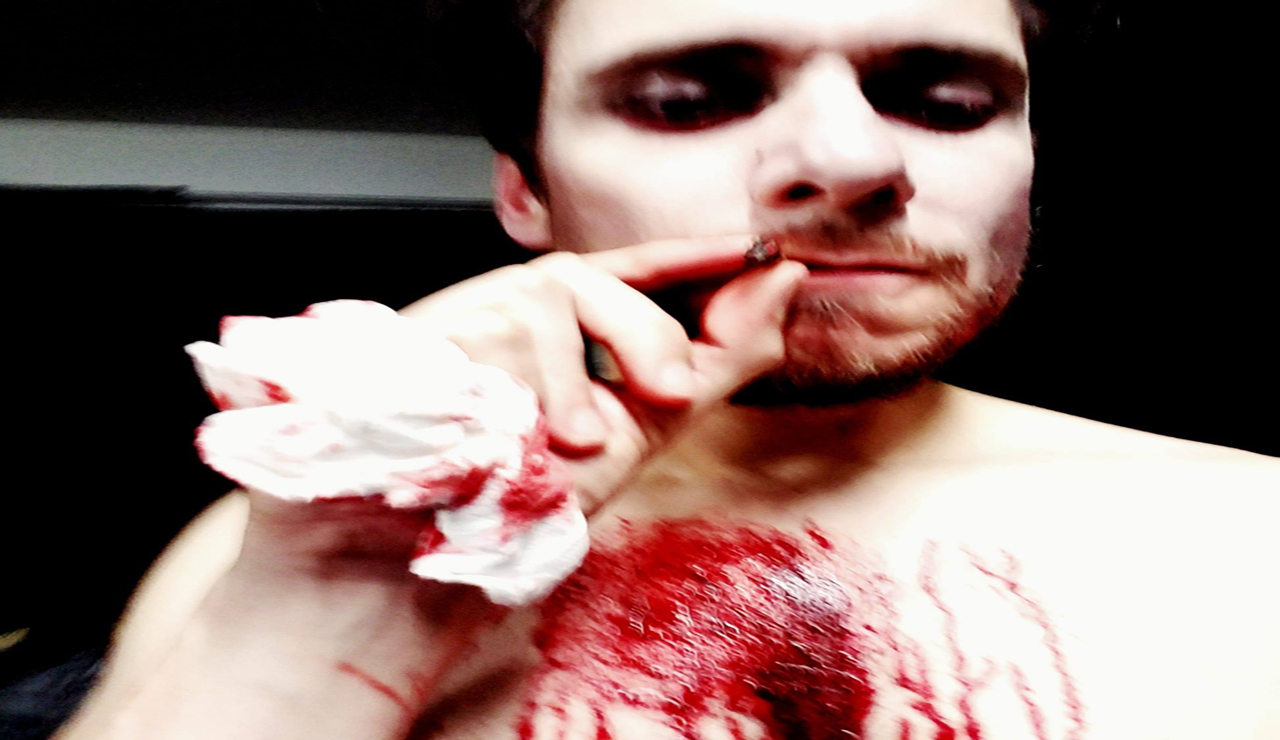