As a child, movies terrified her. As an adult, she wants to create her own brand of terror! 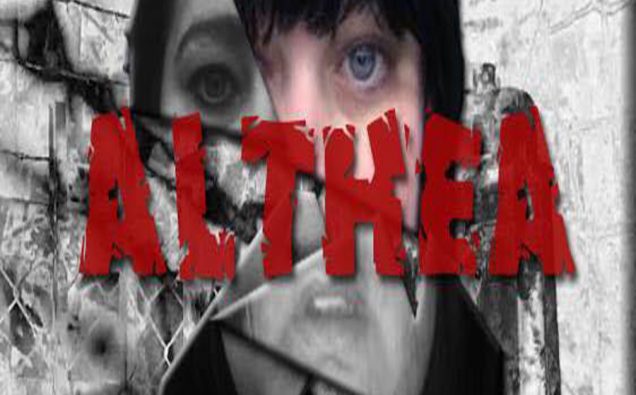 Angie is excited for what she and the horror genre have to offer.  Having dabbled in FX, she knows what scares her.  This interview gives an insight into her personal looks on the genre, as well as what she has in store for us all.

DP: What do you find more effective: gore or suspense?
AF: I would have to say that in my opinion both gore and suspense have their place, depending on the story or project and the feel you’re going for. I find that suspense works best for creating a sense of continuing dread, whereas gore is better for a more visceral reaction. So it really depends on the project itself.

DP: Where do you get your inspiration from?
AF: There is much to be inspired by in this world, isn’t there? Many things in life have given me inspiration to create but when it comes to the horror genre specifically, I turn to the masters that I’ve admired over the years. From the time I was a very young girl watching scary shows and movies with my grandma.  Or when my childhood friends and I went into the theater with the horror movie instead of the movie we were supposed to be watching. There are a great many talented and amazing creators who have influenced me tremendously. Carpenter, Craven, Tarantino, Hitchcock, Romero just to name a few. And of course Stephen King’s writing has also been a major influence on me from childhood on.

DP: What scares you?
AF: What doesn’t scare me? Haha, but seriously life is scary, that’s why I’m such a huge fan of horror, and creating it. I believe that taking control of the things which I find terrifying, and being able to give that outlet for others is a needed aspect for horror producers.  Also, spiders.

DP: What is the biggest challenge of an FX artist?
AF: As an FX artist, I find myself hyper critical of my work. I want it to be amazing and so I’m very particular about it. Sometimes I will have a specific look in mind and if it comes out even a little bit off from what I’ve imagined, I will start over and redo it until I get it just right.  Then three hours later, I will come back to look at it again and find something else I want to change or wish I had changed. It’s a never ending inner battle basically. Most of the time with on set FX, there is just such minimal time to get it done that there’s no chance to redo anything or fix it. So you had better do it good, do it right and do it fast.  But then there’s that self judgment that comes along after the fact. So yeah, the biggest challenge I suppose is pleasing my own inner critic.

DP: What future projects are you excited about?
AF: One upcoming project that I am ridiculously excited about is Rob Zombie’s 3 From Hell. I am a HUGE fan of anything he does, film, music, you name it. His brand of horror is so intense, shocking and gritty, I just love it. The Devil’s Rejects has been my favorite of his films but I have a feeling that 3 From Hell is going to be that level of awesome for me! I also just found out that they are going to be making a film based on Stephen King’s novel ‘Dr. Sleep’ which I am intrigued by and excited to watch! Oh, oh yeah, and an unnamed Annabelle project is in the works which I can’t wait for since I have loved all the films from that franchise, James Wan is simply awesome. (I just watched The Nun recently and that was super intense and great imagery and just all the right stuff) Oh and that reminds me, they also have Crooked Man as another upcoming project I’m super stoked to watch!

DP: How do you feel Rogue Raven Productions contribute to the horror genre?
AF: I feel that we bring a new perspective on classic horror tropes as well as a more diverse inclusion of underrepresented actors and characters which we hope to see more of in general. We believe in defying expectations and creating innovative stories.

DP: What do you hope fans will take away from the new web series, Althea?
AF: I hope they will be intrigued and excited to unravel the worlds we’ve created. Additionally, I secretly hope it causes a more personal reflection on exactly what “real” or “true” actually is and which one is more important, reality or truth. Of course we also hope our audience becomes as invested in watching the show as we are in creating it.

If you’d like to know more about  Angie’s work, you can check out her IMDB page.  You can see a trailer of Althea below.   Angie also has another show in the works, Alchemist’s Academy.  She will be playing the Head Mistress.  The series will be released by Blue Forge Films.  You can find more about Alchemist’s Academy and Althea by viewing the Blue Forge Films YouTube channel.