She uses her love of Freddy Krueger and haunted houses to please her fans! 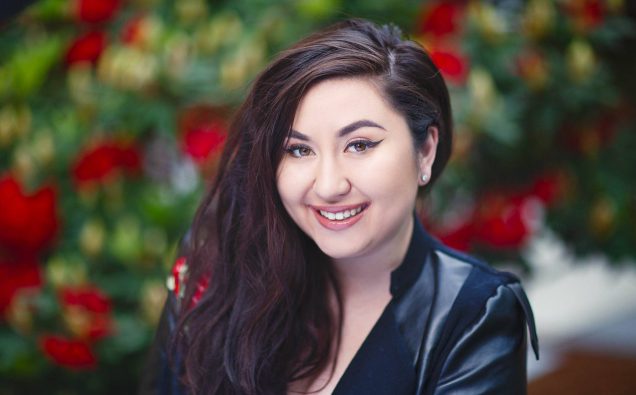 DP: What do you find more effective: gore or suspense? Why?
I’ll always get a kick out of gore but the primary reason for that is because I’m fascinated with special effects in horror films, especially if the production manages to stay true to practical effects. As far as effectiveness goes, storytelling is key. If a film manages to keep me on the edge of my seat without relying on gore or shock factor violence, that is pure art in writing right there. When I’m watching a horror film, I always hope the impact will be long lasting and hope I get the same sensation of suspense in reading a horror novel.

DP: What scares you?
That’s a loaded question! I guess I have to examine my nightmares. If it’s paranormal or slasher related, oddly enough I don’t consider that a nightmare because I wake up and feel like I just got out of a movie and I’m ready to pen a letter to Dean Koontz with details that he could use. Those dreams get pretty outlandish. To answer truthfully though, what scares me terribly are natural disasters and being separated or losing my loved ones. I think that fear is stemmed in the memory of being in the epicenter of a huge earthquake in Hiroshima when I was a kid. I wasn’t with my parents and I had no idea if I was going to get out of that Sanrio store in one piece.

DP: On the SuperGhoul website, you mentioned your father built a haunted house.  How does someone create the perfect haunted house?
That haunted house was a collective effort of Sailors and Marines under the leadership and vision of Non-Commissioned Officers (NCOs). My father was stationed at the Marine Corps Air Station in Iwakuni, Japan. At that time, he was the XO of his squadron when the idea of a Haunted House came up.  It was so successful, they had one every year for the service members, their families and residents to see.  The process and thought put into it?  The NCOs came up with the idea and wanted permission to run with it.  The themes, construction, and vision all came from them.  Some of the props used would not be allowed today.  They used animal entrails from a local butcher.  Yes, they looked real and were horrifying.  It was so scary, they had to create two versions of the Haunted House.  There was a “day time” version with all the lights on and less scary stuff for the younger kids and there was a “night time” version that would scare the living daylights out of any sane person.  If anything, I was a guinea pig haha. I walked into that haunted house (the night time version, of course) and didn’t even make it through all the way. Being a kid, I wasn’t prepared for jump scares and I remember pseudo Drac popping out of his coffin and pulling an actor back in with him. I lost my shit right there, started crying, and the Marines keeping the line moving had to escort me out. Not a proud moment at all, but if it were not for that experience, I probably wouldn’t know the thrill of the scare. After that, I definitely sought out more. Halloween became more appealing, horror movie nights at my house with friends became a weekly thing, and I touched more Ouija boards than I should’ve. If I were to answer on behalf of my father though, the teamwork that goes into coordinating such a theatrical event is really important.  If one thing is off about the dynamic, it could derail the flow of the walk through significantly.

DP: How have horror fans connected with Fred Heads?
Y’know, being part of the FredHeads team really brought into perspective how big the ANOES community is. I think it says something that all of our team members involved in the documentary production are scattered across the United States and we connected thanks to the Internet: message boards, MySpace, Facebook, et cetera. Now, with the goal of sharing how ANOES impacted fans, FredHeads continues to follow that route in creating and cultivating a community in the digital world. We get tagged in countless posts in Instagram and Facebook and so many people want to get involved. So much so that we’re actually reopening video submissions to the documentary soon because we continuously reach new people with each post that goes out. That’s all I can say on that. Well, that and you can follow along with the FredHeads Facebook page for updates on how to submit and be part of the documentary!

DP: Why is Freddy Krueger such an important horror icon?
I think Freddy is one of the most impacting icons in horror pop culture because he truly pushed the limits of fear. Compare him to Jason Voorhees and the Cenobites, and their limitations are obvious. Like….have you ever watched an episode of Friends and thought to yourself something along the lines of, “Well X wouldn’t have happened if Ross didn’t do Y?” Jason and the Cenobites gave room for that. Tommy Jarvis’ friend Allen wouldn’t have died at the hands of Jason if Tommy didn’t go back to Crystal Lake and stab Jason’s grave with a metal fence post. (Way to make things go tits up playing Benjamin Franklin.) In Hellraiser? Don’t open the damn box! But with Freddy…you close your eyes and take a power nap and you’re screwed. That feeling of having nowhere to run is frightening.

More important though, Freddy’s existence let us witness and examine some of the strongest characters in horror that had to go face-to-face with a terrifying antagonist. I think most of my colleagues would agree with me when I say that Dream Warriors was a gift to every outcast looking for hope.

DP: What do you hope fans will get the SuperGhoul website?
I’m a content creator and writer and I use TheSuperghoul.com as a means to share that content, but the big mission there (and you might see this in the interviews that are currently up) is to spark something in readers. Whether it was a dream of theirs that sat dormant in their day-to-day lifestyle or the desire to learn more about other creators and filmmakers, that’s what I’m all about. I’d have to say much of my thanks goes to Jen and Sylvia Soska as they constantly put out there #FollowYourStupidFuckingDreams, and Gigi Saul Guerrero of Luchagore Productions. Their dedication, drive, and passion that just radiated in the times I’ve met them have been contagious. I hope that through my creations and interviews with other members of the horror community, viewers will, too, be inspired and take a moment to recognize their potential; to see that the walls limiting them from checking off that one line item off their bucket list or wish list can easily be taken down if you just do the thing and do it with heart.

DP: After making your first narrative trailer, do you intend to create more?
Definitely! We’re hoping to revisit The Magician’s Curse with the same cast and crew and tell the story (written by Anthony Dluzak) in its entirety. Aside from that, I have some stories up my sleeve that I’m excited to bring to light as short films.

Christal has shown awesome insight into her life and some great views on the horror genre.  She has great passion in helping others connect with the community.  She knows gore alone can’t bring fans into the world of horror.  If you’d like to see what she has in store, you can visit the SuperGhoul’s Facebook page and on Instagram at @thesuperghoul. 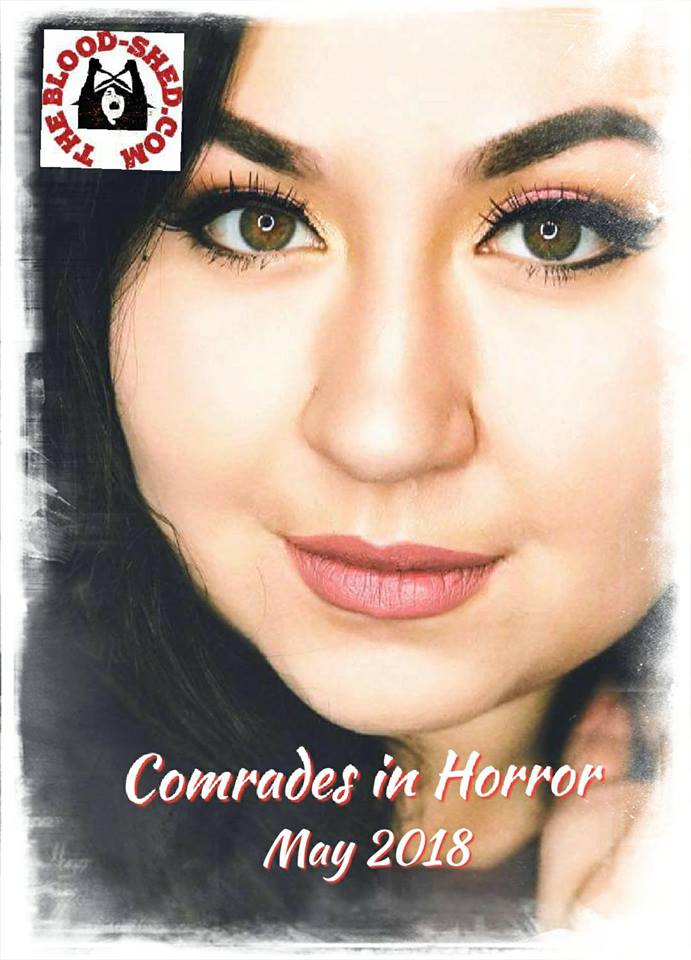