She's A Horror Fan Who's Excited To Create More Horror! 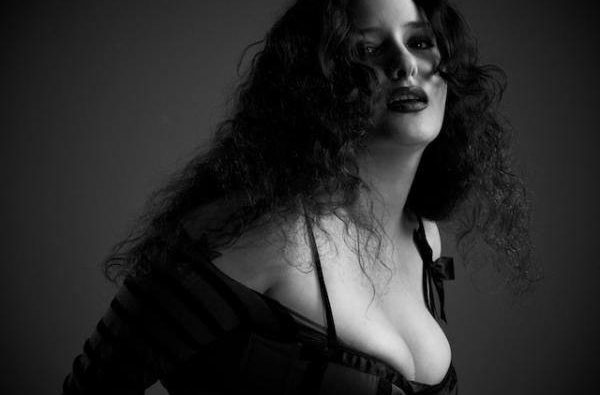 One advantage to being a horror fan is meeting other horror fans who happen to work in the industry. I got the privilege to talk with the talented Michelle Nessk.  She’s an award winning actress, film maker and a published Horror author.  Here, she’ll discuss her own showcase, Horrors of the PNW.  She also discusses her latest film, the upcoming thriller, OU.

DP: What guests will be there this year? What special events will be at this year’s convention?
Michelle Nessk: Crypticon is an amazing horror convention, and as it stands, still the largest horror convention in the Pacific North West. This year the guests roster is quite star studded with Elvira *Cassandra Peterson* – Lance Henriksen, Jackey Neyman Jones, Michael Biehn, Tony Todd, Peaches Christ will be there… I’m so excited about that in particular. – There’s a ton of events, the Blysster Press writing contest, Prom of the Dead, SFX Makeup contest, costume contests, the official Crypticon film festival, as well as Horrors of the PNW, and of course every single year they have the Seattle Thrillers doing their dance. It’s a wonderful experience.

DP: How does this convention help the horror genre?
Michelle Nessk: Crypticon caters to an array of horror fans, casual to hardcore. So there’s something for everyone. The fact that you can find both a cultivation of indie artists as well as mainstream under one roof being celebrated simultaneously is nothing short of fantastic.

DP: What do you hope the attendees will take away from Horrors of the PNW & Crypticon?
Michelle Nessk: I want them to walk out of the showcase thinking; “WOW! We have some amazing local artists!” My hope every year is that these amazing artists I am so fortunate to get to work with, have their work seen and appreciated by their peers and local horror fans. So that the next time they have a project they want to launch, they know they will have a demographic hungry for new art.

DP: What can you tell horror fans about ‘Horrors of the PNW?
Michelle Nessk: Well it’s been going for four years now, four for filming, this is year three for presenting. We’ve all worked really hard on it, and we try our best to capture what it is that brings people to the convention, and celebrate the horror fans themselves. I want our viewers to feel that sense of unity that comes with everyone shouting for more gore!

DP: What’s your favorite story from ‘Horrors of the PNW?”
Michelle Nessk: My favorite thus far would probably have to be The Examination. It’s a short film by Emilio Cerrillo and it’s beautiful. I’m not just saying that because I was in it, and did the sfx haha.

DP: Please tell me about your role in the upcoming feature, ‘OU.’
Michelle Nessk: I play Abby Wallace. She’s a sheltered girl going into college and is naive about many things in life, particularly when it comes to men. I found playing her, to be an interesting and challenging task full of compromising situations. Ultimately she’s a “normal person” thrust into a harrowing situation. The first thing I did when we officially wrapped filming was dye my hair back to its natural purple & black. I’m glad to say goodbye to her, but I’m also a little sad too.

DP: What would you like to say to your fellow horror fans?
Michelle Nessk: Thank you so much for all of your continued support and encouragement. – Come see me at Crypticon Seattle this May.  Enjoy Horrors of the PNW and be among the first to see O. Unilateralis.