How do you fight for your life if you’re already dead? 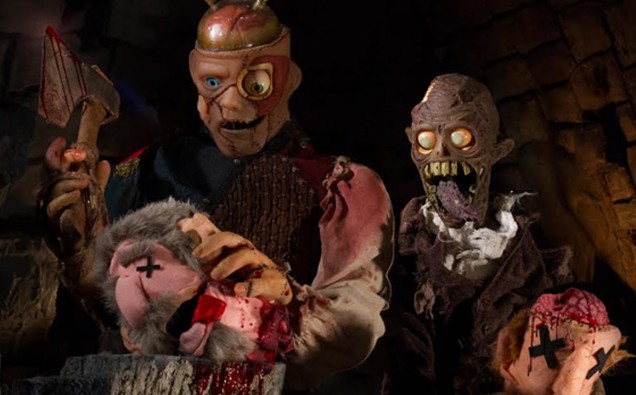 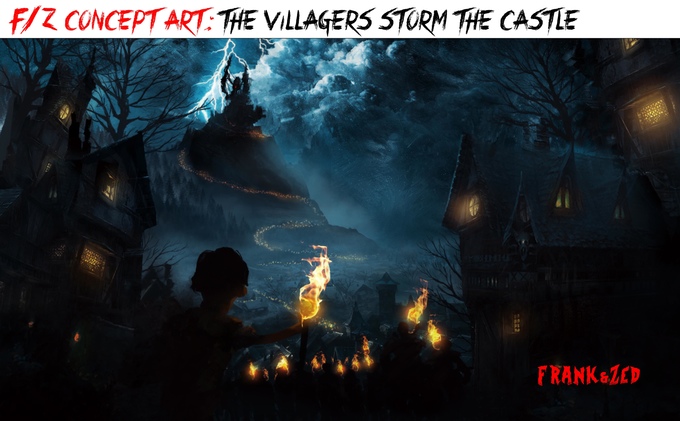 We’d like to congratulate Jesse Blanchard & Team Puppetcore for reaching their primary funding goal on Kickstarter!

Frank & Zed, the story of two co-dependent monsters, looks to be the goriest, most irreverent “puppet horror movie” since Peter Jackson had us Meet the Feebles in 1989.  And while their first goal of raising $15K was met in just over a week, there’s still time to help them reach their “stretch goals” for even more bloody mayhem!

Official Synopsis:  Centuries ago, a desperate battle left a village wasted, a new bride dead, and two mortal enemies dependent on each other for survival. Forgotten amongst the crumbling ruins, our two heroes have eked out a meager existence, each responsible for feeding the other.  One fateful day, a villager trespasses into Frank’s hunting grounds. The resulting ‘harvest’ provides Zed with a full tummy and sets the entire town on a course of bloody retribution.  Our undead heroes are out-numbered, out-axed, and falling apart but they’re not going down without orchestrating a macabre symphony of blood, guts, & felt.

Since Frank & Zed has now been pledged over $15,750, viewers can expect “drunk zombie flaming intestine”.  Yummy!  New characters will be added at each $750 increment; if they hit $19,500, viewers will be treated to “flesh eating fish”!  Now who doesn’t want to see that?  Additional stretch goals and perks to be announced in the coming days. 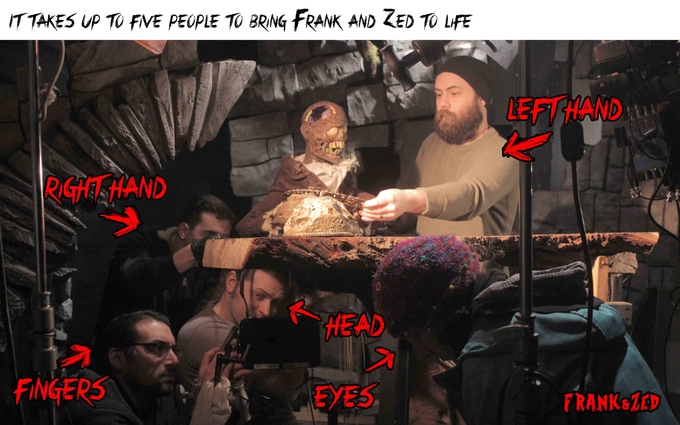 About the use of puppets to tell his story, Blanchard explains:

“It all comes down to control. Using puppets, filming in a converted garage, and self-funding the film has given us the ability to tell the stories we want to tell with as few compromises as possible.  We can create our characters exactly as we see in our heads, mis-stitched eyeballs, gaping head wounds, and all. We can take our time making sure each shot reaches its full potential. Our characters can chop, maim, kill and be killed in the fantastic locations in which they belong. We can make the film as it should be made.”

You can check out Blanchard’s entire pitch for Frank & Zed (and contribute if you are so inclined): HERE.  Pledging will continue for the next 2 weeks.

I can’t wait to see the final product!

What do you think about the idea of a puppet horror movie?  Does Frank & Zed look like a film you’d like to see, sound off in the Comments section!