‘Curse of Aurore’ Does the Found-Footage Genre Proud and Pays its Respects to a Child Who Didn’t Deserve to Die.

“They’re being watched by the living and hunted by the dead.” 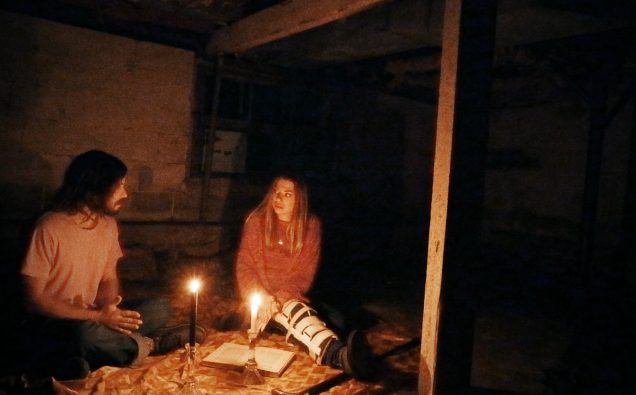 Movies like The Blair Witch Project and Paranormal Activity made the found-footage genre popular. Done over and over, these films are mocked by many in the film community, yet there is a fan base that is fascinated by the raw reality and fear that these stories bring to the table. Originally thought to be just a low-budget trick to get a film made, the never-stop-rolling idea has become popular, despite what the critics of the genre say. 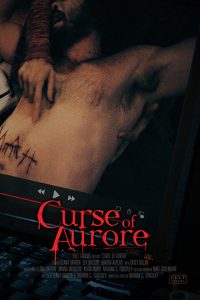 I myself have a love/hate relationship with these films.

Since the people we become invested in are always seemingly dead or have vanished by the last frame, it is frustrating because it feels like the movie just ends abruptly, without that conclusion that ties the whole thing together. If I liked the characters, I want them to live, and if I hate them, I want to see them die, and sometimes in found-footage, we don’t get the satisfaction of knowing what really happened.

In the newest addition to this sub-genre, Curse of Aurore, the filmmakers did an amazing job of creating three characters that you can’t help but like. The meta-narrative script takes us on a journey to Fortierville, a small French-Canadian town in Quebec where the story takes place. This town is famous for the real-life murder of a child named Marie-Aurore-Lucienne Gagnon.

Aurore Gagnon was murdered in February of 1920, a crime that shocked the small town and the whole of Canada. The helpless 10-year-old was beaten by her own stepmother Marie Ann Houde. In 1919 Houde began emotionally and physically abusing Aurore, for reasons that have never been explained. Aurore suffered 52 different wounds and even spent 30 days in a hospital in a result of her injuries. After she came home the abuse continued. The child died from exhaustion and sepsis, because of the horrible torture she received. When her body was found, her injuries were so heinous that the crime gained attention from the media and her story is known in Canada as “L’Enfant Martyre”. (The Child Martyr) 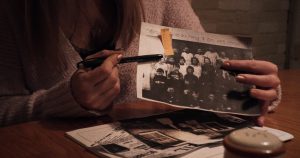 The film uses actual newspaper clippings, photos, and locations from the unthinkable crime to set the scene. It is to be noted though, that they only use this story as a starting place, it does not feature anything about Aurore except her legend.

Curse of Aurore begins with the real YouTube star Casey Nolan from Mind Seed TV explaining what he found in one of his infamous Dark Web unboxing episodes. Wrapped around the neck of a doll, is a string with a flash drive which he proceeds to play for his audience. I really connected to the movie from this point on because I have seen Casey’s channel before. Using a real person to introduce the video evidence was a clever way to make this film work. 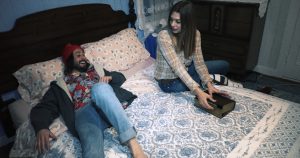 Three filmmaking buddies, Lena, (co-writer Llana Barron), Aaron, (Lex Wilson) and Kevin (Jordan Kaplan) meet to write and film a documentary on the story of Aurore. They stay in Lena’s family house in the same town where Aurore lived, and in between smoking weed and bantering, they work on coming up with a sellable screenplay. As they travel around the town, whose residents are not too keen on them being there, they encounter some crazy paranormal occurrences that they can’t explain. 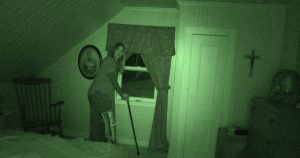 The bulk of the suspense comes from the mounting tension between the three friends, the little things that you see out of the corner of your eye, and a few unexplainable bumps in the night at Lena’s house. Kevin, who seems to be somewhat of a kleptomaniac, steals things from different locations, that become integral in their ability to connect to the dead.

Using the items that Kevin stole, which includes beads from a rosery, that was on the door to the room Aurore was killed in and a sinister book called Languages of the Dead, they foolishly try to summon the spirits that are in the house. This leads to some major jump scares and a brutal ending that you may or may not see coming.

“My goal was to elevate the found-footage genre by making the viewer, not just a voyeur, but to feel like they are an active participant in the supernatural events of the film,” Director and co-writer Mehran Torgoley says. “Curse of Aurore is an ode to the filmmaker’s journey. It portrays the intimate struggle that so many filmmakers go through to bring their visions to life and the sacrifices made along the way. I’m excited and proud to bring the film to the USA through our partnership with Freestyle Digital Media and kick-off 2021 with a bang.”

Curse of Aurore manages to be different in a genre full of the same old tired tropes. Meta, funny and yet scary as hell, this film has gotten my attention and is listed as one of the most anticipated films of 2021. With an engaging, entertaining cast that truly clicks with each other and some cool SFX, this is a solid and chilling horror film.

If you are a fan of found-footage horror like I am, you will not be disappointed.

DVD’s can be purchased at Walmart.com, Amazon.com, BestBuy.com, and BarnesandNoble.com