“Dangerous and Revolutionary” Be My Cat: A Film for Anne now on Amazon! 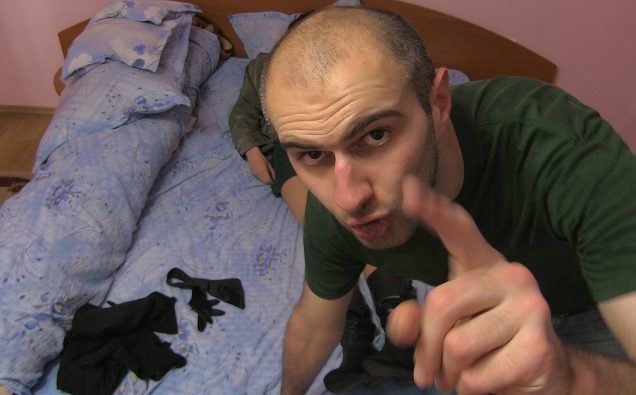 Be My Cat: A Film for Anne is a Romanian (English language) found footage film that took the festival scene by storm. Telling the story of a young man dangerously obsessed with actress Anne Hatheway and the chaos he leaves in his wake as he attempts to convince her to be in his film. Critics hailed the film for its acting and surreal blurring of fiction and reality. At once cited as the most realistic example of a movie psychopath since Norman Bates (Artsploitation) and the most revolutionary found footage film since Blair Witch Project (A Night of Horror). Audiences Everywhere listed it in their top 100 horror films of the 21st century, coming in at number 44.

The film has been available for digitally via vimeo and IBleedIndie for several months. DVD sales have just launched on Amazon, allowing you to own this masterpiece to your own personal collection at home! The film lists for $14.99 and ships anywhere in the world. And for the true collector, signed DVD’s are available at the film’s official website.