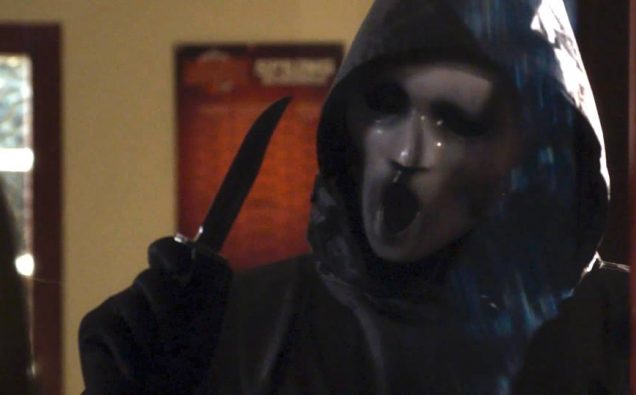 The episode opens with the Lakewood six and their fellow classmates running around in ultimate chaos after just seeing Jake’s bloody dead body fall right in front of Brooke. Emma and Audrey find their way to an officer to try to see and help Brooke. Brooke is in a state of shock as Audrey and Emma try to comfort her.

Sheriff Acosta decides to put the whole school on lockdown in hopes of containing and catching the killer. 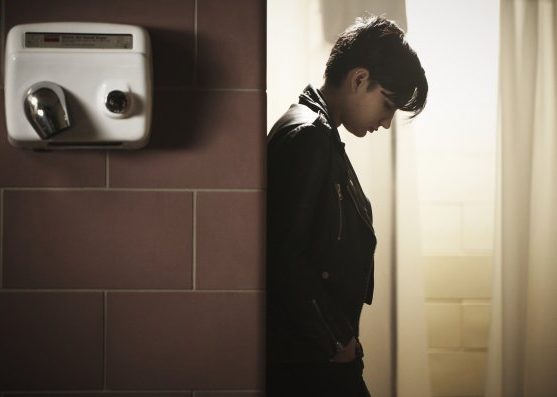 Emma heads where the rest of her classmates are in the learning center and Emma reunites with Kieran. Audrey accompanies Brooke to the locker room where she cleans herself up and changes into some non-bloodsoaked clothes. While Audrey’s waiting for Brooke to finish, she rifles through Brooke’s phone and sees some post-mortem messages from Jake. Audrey texts Jake back telling him he’s going to hell.

Meanwhile, Emma receives a call from an unknown number and also an unknown cell phone. Emma discovers she has Jake’s phone in her backpack with no explanation of how it could have gotten there. Emma shows her friends her discovery and is talked out of going to the police with it by Audrey.

The police, desperate for answers, decide to conduct a large-scale search of every locker in the school. Kieran freaks out, saying he has something in his locker that he doesn’t want anyone to find. Kieran slips out of the learning center with Noah in tow, in hopes to conceal his secret. However, just as Kieran thinks he’s reached his locker out-of-sight, the police catch Kieran and find he has a gun in his locker. Kieran is questioned by the Sheriff where he explains the gun was just simply for his own protection.

Emma decides she’s going to rid herself of Jake’s cell phone after talking with Eli. As Kieran heads back to Emma, the police ask for Jake’s phone showing that he ratted her out. The police than take Emma in for questioning.

Noah is now stuck in the vacant, cop-guarded hallways and spies on a few classmates as they make their ways into questionings. The Sheriff seems convinced Emma’s lost her marbles and still doesn’t believe her and any of her theories.

Emma heads back to the learning center and confronts Haley whom is whispering about her behind her back. Haley goes off on her, blaming her for everything when Emma snaps and attacks her.

Mrs. Lang escorts a very heated Emma to a secluded room by herself to calm her down. Lang locks Emma in an office and checks on the other students.

Brooke demands to see Jake despite being told not to. Maggie is still doing her crime scene work on Jake even though all it does is break her heart. Brooke asks Maggie how long Jake has been dead for and finds out it was at least a few days. All the while, the Sheriff is listening in on their conversation from behind the curtains. The sheriff decides to take Maggie off of the case, thinking it was too hard on her. 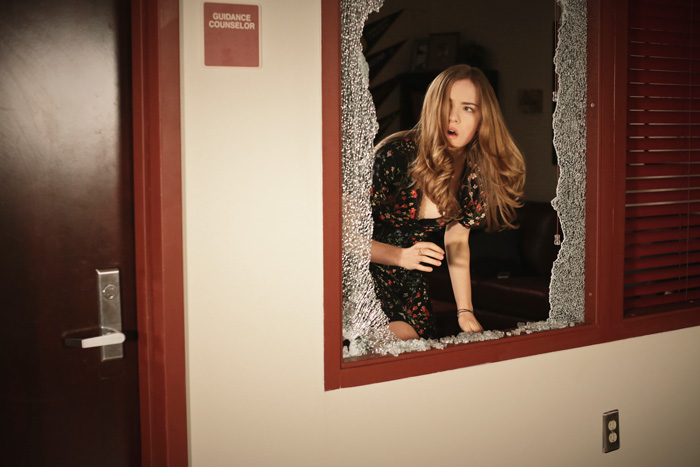 Emma receives a phone call from the killer and hears him outside of the room. Emma is tired of everything and wants to confront the killer. Desperate to escape the room, Emma throws a chair at the window and climbs out, slicing herself open in the process. Emma heads back to the learning center where her friends and classmates stare at her in disbelief, and Emma lies and says she just had a panic attack.

Audrey has had enough of Stavo and steals his tablet to show everyone his weird drawings of the Lakewood Six. Enraged, fellow classmates attack Stavo and brutally beat him up. Audrey feels terrible about the outcome of her little outburst and tries to right herself but Stavo won’t accept her apology.

When Audrey isn’t looking, Noah takes her phone and finds out she’s being harassed by the killer and knew about Jake’s death long before anyone else did. Kieran tries apologizing for ratting Emma out but she does not take well to it.

Overall, Dawn of the Dead was a pretty solid episode. The writers seem to really want us to believe Emma is crazy but we will have to see where this goes. It would make sense if Emma was imaging things or perhaps even be involved in the killings herself. I am not so sure Audrey is involved anymore either. Guess we will see what next week brings!