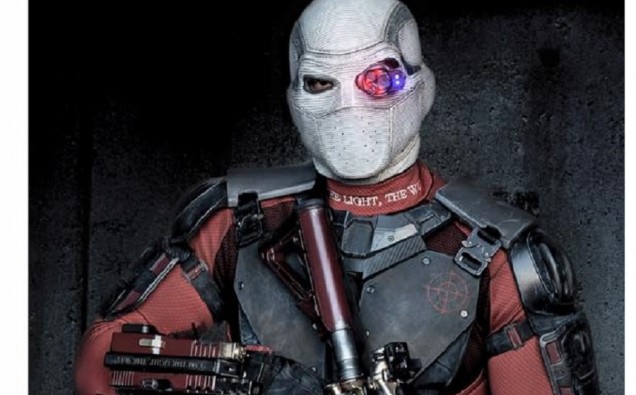 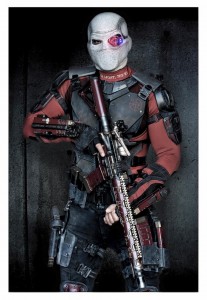 Wow! I can honestly say that I’m blown away by Will Smith’s Deadshot outfit for the upcoming movie Suicide Squad. I was quite sure what to expect, but I’m extremely satisfied with the final result. I’m a huge Deadshot fan, if you didn’t know. In fact, I would go so far to say that he’s my favorite fictional character ever made in any media. He is DC’s second most lethal assassin (next to Deathstroke) & is the best marksman in the world. He never misses (except for all the times he does, of course) & has quite the death wish. He’s not suicidal, he just wants to die in a very spectacular fashion.

As far as how much it looks like it’s comic book counterpart, it’s surprisingly pretty faithful. I would have never guessed they would actually go with the mask (given that it covers Will Smith’s face), but I’m so glad it did! The mask has the eyepiece (on the opposite eye than usual, but that’s no biggie) & everything! Also, the color scheme is spot on! Red & yellow are the two main colors his attributed with, & sure enough, part of his costume (& his gun) are those exact colors! But, most importantly, it has the wrist guns! The wrist guns are the coolest thing about Deadshot, & although one made an appearance or two with CW’s Arrow Deadshot, they kept both of them for this interpretation! Yes!!!!!

Interestingly, it appears that Smith’s Deadshot has some manner of biblical quote around the neck part of the outfit. This makes me think that this version of Floyd Lawton is a religious man, which is an intriguing take on the character. In the comics, he’s not much one for faith & what not. I mean, he has met a version of the Devil & knows hell exists in the DC Comic Universe, but he just doesn’t really care about it. I can’t wait to see how this plays out!

Overall, this image alone has increased my hype for Suicide Squad greatly! Sure, the Joker picture was cool, but this is what I wanted the whole time. They also released an image of the rest of squad being used in the movie. Check it out below! Deadshot!!!! 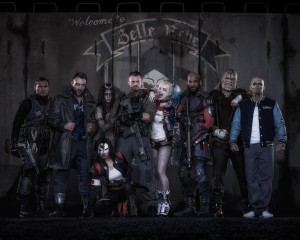