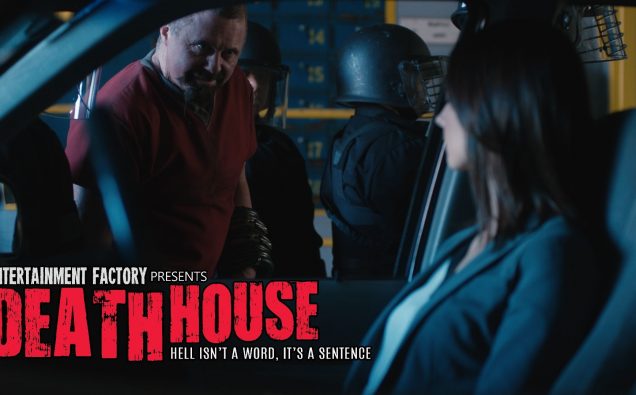 Back in June of 2017, when I attended Scare.A.Con in Massachusetts, I was able to see a special screening of Death House, among others who attended the convention. As I sat with anticipation, I had no clue what I was about to see. All I can say without giving away any spoilers it was an rollercoaster ride full of mayhem, blood, with a combination of horror, action and sci-fi. It was perceived very well among the film festival circuit.

The film recently won Best Feature and The Audience Choice Award this weekend at CENFLO , Central Florida film festival. Believe me when I say this film is worth the wait. Quoted by B. Harrison Smith, “This is not a remake, not a reboot.”  This story was the dream of Gunnar Hansen, who was the original writer of this film. Unfortunately he died before the completion of the film. Harrison Smith made sure this would be the movie Gunnar Hansen had in mind.

A story written by the iconic Gunnar Hansen. A cast comprised of actors and actresses from the horror genre. It’s a who’s who of horror, brought together in the memory of a horror icon and a script conjured like a magic potion that causes fear and terror. It’s a  script that can only be the work of a mad scientist, Harrison Smith.

Harrison Smith and Gunnar Hansen are deadly partners whose plan is to sentence the most iconic characters in horror history, to death, in the Death House.

A prison with the strongest security in the world, housing all of the most dangerous and evil human beings in the world – how do you escape from a prison that is impossible to escape, when the inmates have taken over? 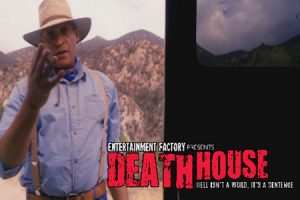 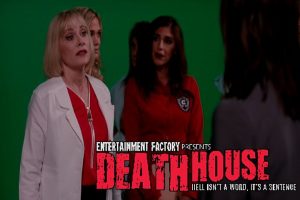 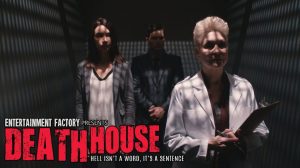 Scheduled  for theatrical release on two hundred screen’s on March 2 2018.  If you want to see this movie at your theater contact Regal Cinemas  https://www.regmovies.com/help/contact You the viewer, can help spread this film to be seen on more screens if you would sign the petition. The link is right here. http://www.thepetitionsite.com/311/052/574/bring-quotdeath-housequot-movie-to-my-towns-regal-cinema/?taf_id=42277029&cid=twitter#bbfb=113637089

There will be promotional stuff you can become eligible for, when you sign the petition voicing you want this movie to hit more theaters. It’s a win win situation. Don’t forget to tell Regal  Cinemas on Twitter you would love to see this movie in your town. 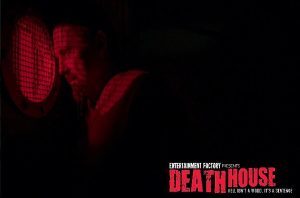 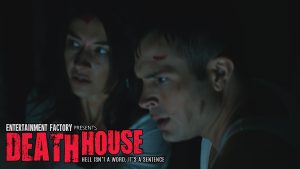 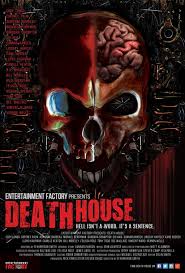