In the vein of Rock and Roll Nightmare and Trick or Treat comes a new metal horror film that few others can touch! 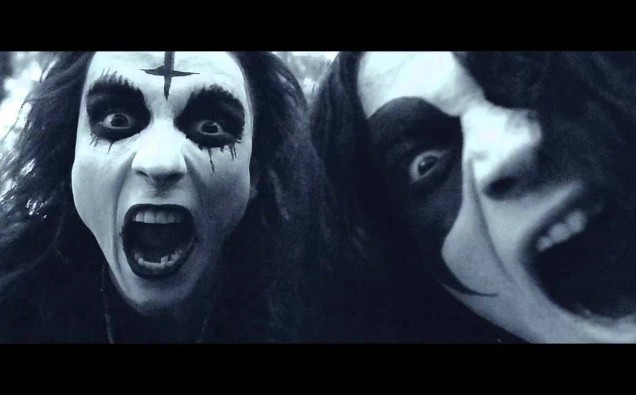 Ah, rock horror. That small sub genre that has brought us such delights as Rock and Roll Nightmare, Rocktober Blood, and Trick or Treat. Now in the same vein comes Deathgasm, a gory as hell horror comedy from the producers of Starry Eyes and Housebound.

The story centers around metalhead Brodie who starts a band with his friend, Zakk. From the press release:

After starting their own band, Brodie and Zakk’s resentment of the suburban wasteland leads them to a mysterious piece of sheet music said to grant Ultimate Power to whoever plays it. But the music also summons an ancient evil entity known as Aeloth The Blind One, who threatens to tear apart existence itself.
Their classmates and family become inhabited by demonic forces, tearing out their own eyes and turning into psychotic murderers… and this is only the beginning! It’s up to Brodie, Zakk and their group of friends to stop a force of pure evil from devouring all of mankind.

The movie is, quite simply, amazing. What is it about the possessed-zombie-demon horror plot that lends so easily to outrageous comedy? I think it is the propensity to throw a group of people from all walks of life together and just show what would basically happen if they interacted, with perhaps a dash of satire for added effect. Bottomline, it’s hilarious!

One thing of real note here is the sfx. 90% of them are done practically by the gore wizards at Main Reactor. You know, the guys who brought us such lovely scenes as this? 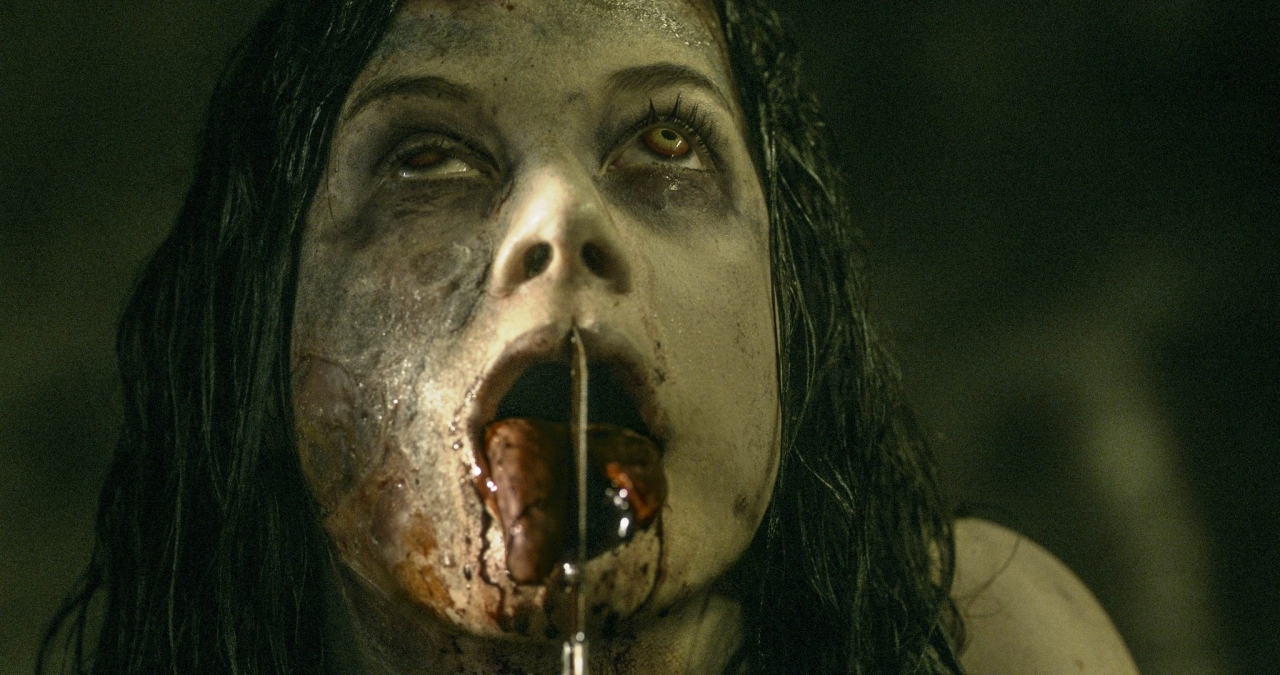 Hey, guys! Wanna see a trick I do at parties?

Yeah, so expect lots of really, really good gore. We’re talking decapitation, dismemberment, and a prostate exam with a chainsaw.

This movie never ceases to entertain! With a hardcore metal soundtrack, an incredible mix of action, horror, and laughs, and the aforementioned bloody fx magic, this is a film that is going to be an instant cult classic!

You can check it out on VOD starting on Oct 2 and check out their FB at www.facebook.com/deathgasmfilm for deets on upcoming theatrical showings!