An In-Depth Analysis of Alien Covenant

And its impact on the franchise 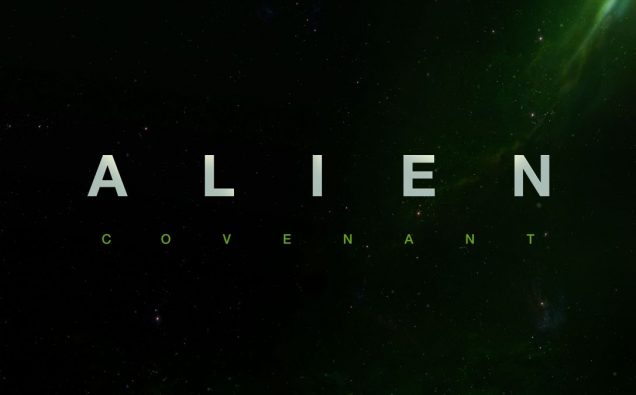 OK, first off, a very big “spoiler alert”. If you have not seen the film, bookmark this page and come back later.

I am about as big a fan of the Alien franchise as you can imagine. The films, comics, novels, games, and I had a ton of the toys as a kid too! But let’s face it, the franchise had seen better days. Alien and Aliens are not just the best in the franchise, they are some of the best films out there, period. But from there it hasn’t been a pretty trip. Alien 3 was just awful, Resurrection I actually did enjoy in the same way I enjoy Sharknado, and both of the AVP films were abortions (the latter more so than the former).

Then Ridley Scott returned to the monster he created. His prequel Prometheus got pretty mixed reviews from folks. I loved it. Sure, it’s certainly lacking in the monster department. But it makes up for that with intelligence and style. It was a very philosophical film, exploring the age-old question of where we came from. It was very heavy on religious metaphors, revealing that we were created by an advanced alien species dubbed “The Engineers”. They created us and, as is revealed in the film, eventually tried to destroy us leading the central character of the film to go off into the stars at the end to discover why our “gods” had turned on us.

This leads us into Alien Covenant. Alien Covenant takes place 10 years after the events of Prometheus and explores the creator/creation relationship to its fullest. The story is rife with philosophical imagery, focusing on four races: humans, engineers, synthetics, and xenomorphs. The engineers created us, we created the synthetics, and David, a particularly self-aware synthetic, created the xenomorphs by weaponizing creatures created by the Engineers. The Engineers wanted to destroy us, but David’s first action upon reaching their world was to eradicate their entire civilization using their own biological weapon. Then over the next decade, David worked to create the xenomorphs, a creature which at once requires a human host in order to even exist and is designed to destroy us. David, seeking to remove himself from under the shadow of servitude from his creators and prove his own glory, first destroys the very things that created his creators and then sets about plotting to annihilate his own architects. It is as though he perceives humans and Engineers as actual gods which he must destroy in order to attain godhood himself. It’s amazingly deep and thought out.

Of note, this may explain why it has been shown that xenomorphs are often less aggressive to synthetics than to organic humans. David may very well have instilled some instinct into the species that they would, for the most part, leave he and his “brothers” alone. This has been demonstrated in the Aliens novelization with Bishop and Alien Resurrection with Call, as well as many times throughout the expanded universe of comics and videogames. Alien Isolation, for example, showed the Working Joe synthetics had not been targeted by the resident xenomorph.

This does change a few things around in the franchise. For one, the AVP films are no longer considered canon. They can’t be as the timeline does not fit. The AVP films show the Aliens existing in modern times with it being revealed that Predators have been using them for hunts for centuries. However, Alien Covenant shows the first true xenomorph come into existence.

And my guess is, with David being a Weyland designed synthetic and having commandeered the colony ship, this will lead into one more film set before the original Alien where the Weyland Yutani corporation will become aware of the monsters their synthetic has created. In a way, because it was their creation which made the xenomorphs, the Weyland Yutani corporation will feel they own the vicious aliens and they will want to claim their prize. This will lead directly into the crew of the Nostromo being directed by WY to land on that planet so they can acquire a specimen.

It will also explain why in Resurrection they have stated they the xenomorphs are essentially extinct because of Ripley. There weren’t any other planets with them because they are not a natural species. They were limited to the specimens that David created and whatever eggs any given queen laid. But, with canon as it is now, there have only been two queens to ever exist: the one at Hadley’s Hope and the cloned one in Resurrection. Although if I were a betting man I would put money on us seeing the first queen in the next film…

Overall, Alien Covenant is a game changer. Don’t let the naysayers dissuade you, this is easily the third best entry in the franchise and a must-see!