Issue 26 of the indie horror mag! 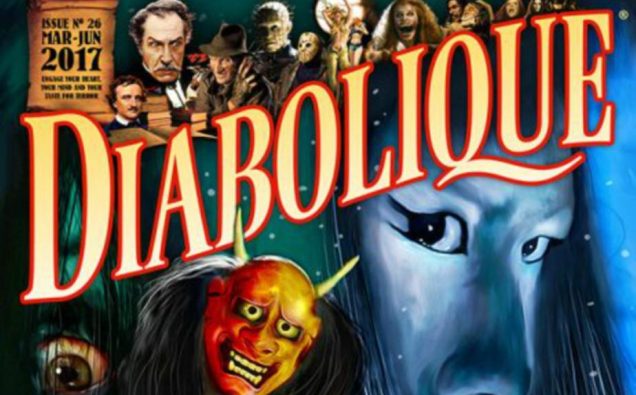 If you haven’t checked it out in the past, Diabolique is an awesome horror magazine experience that has been on a hiatus for a little bit. Thankfully, there is a light at the end of the tunnel as issue 26 is now officially announced and it sounds awesome! Check out the press release:

In an age where even the most established and commercial publications are struggling to make ends meet, quality genre magazines are becoming few and far between, especially those operating independently. However, here at Diabolique we believe in exploring every aspect of cult entertainment with an honest, passionate, and informed perspective — and we believe in doing it on our own terms. With each issue we’re dedicated to providing insightful, analytical commentary on genre cinema, literature, music, and art, complemented by lavishly illustrated, full-color spreads. Every person involved with this publication lives and breathes this culture, and it is our aim to provide it with the innovative coverage it deserves.

Our next issue is dedicated to celebrating Japanese and Korean cult cinema at its most sublime, otherworldly, erotic, and visceral. In our cover story we explore the darker elements of Japanese folklore and track the evolution of the ghost story from genre-defining classics like Onibaba, Kwaidan, and Kuroneko through to the J-horror boom of the ‘90s with Ringu and Ju-On: The Grudge; J-horror pioneer Hideo Nakata joins us to discuss his career in genre film. This is followed by features on the blood-soaked influence of traditional Japanese theater on the work of Akira Kurosawa; the shocking horrors of Korean war portrayed in genre film; a tribute to the work of the late, great David Bowie that explores his relationship to Japanese culture; and a look at the sizzling sensuality and lesbian love of Chan-wook Park’s provocative The Handmaiden. Last, but certainly not least is a homage to the mythical beast Godzilla, resulting in one of our boldest and most potent issues yet!

Horror mag fans rejoice! You can pre-order your print or digital copies now at: http://diaboliquemagazine.com/product/diabolique-magazine-no-26-marjun-2017/