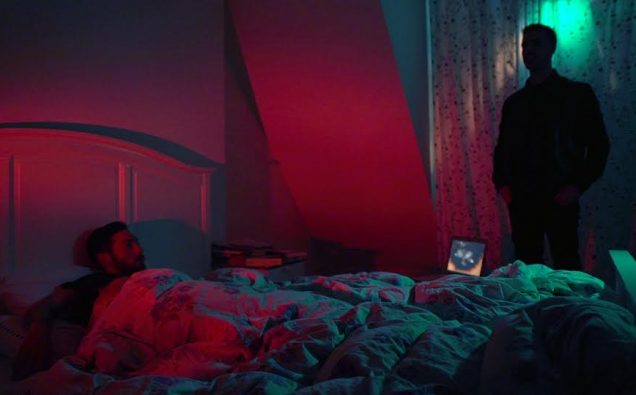 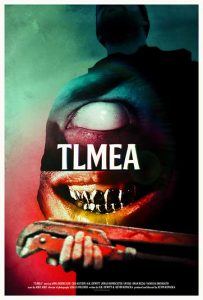 At the beginning of the year, I reviewed a film known as HADES, that I would definitely have to consider one of the most insanely unique short films I’ve ever seen. HADES screened around the world and garnered quite a solid amount of attention. Although HADES was incredibly strange and certainly not for everyone, a lot of people really seemed to enjoy the film, which could probably be accredited to the crazy style of story-telling, which I gotta admit – I had never seen anything similar to before.

In short, the story follows two undercover cops in the midst of a drug bust who are trapped inside a disturbing dreamworld which basically serves as an allegory for hell. Just like HADES, TLMEA showcases beautiful cinematography as well as an odd, yet beautiful music score (that almost resembles something the band Ghost would put together) so in other words, the super artistic, Giallo-like bat-shit crazy tone is definitely still present.

As if the cinematography and music in the two films aren’t similar enough, TLMEA also features the sequences that look to be shot on Super-8, as well as the sequences where the frame is filled with text that further enhances the story. The lighting is beautiful, the sound is great, and even despite the unorthodox tone, the film never manages to have any weird unnecessary imagery, dull moments, or disappointing pacing issues. Not only does this sequel have similarities to its predecessor, it also manages to outdo its predecessor in every aspect imaginable. (which says a lot)

TLMEA more than doubles the runtime of HADES, while staying perfectly on pace. Kopacka has definitely proved that he can create atmospheric horror shorts of basically any length he damn well pleases, and I’d love to see him create a feature-length film in the same fashion as TLMEA. There will more than likely be people who don’t quite “get” this film due to its oddness, but all in all, this is a beautifullly epic thrill ride, and it’s worth your time to say the very least.