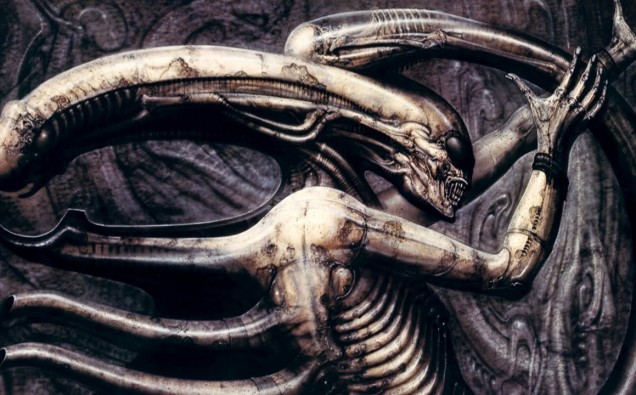 Most horror fans know H.R. Giger as the visionary mastermind who designed the visual FX for Alien (1979, Scott), for which he won an Academy Award, but his influence extends far beyond cinema. In addition to designing costumes and sets, he’s a lauded surrealist painter and sculptor who pioneered an art form dubbed “Bio-Mechanical”. Giger’s contributions to art and cinema can not be understated; quite frankly, it’s the stuff nightmares are made of. He passed away in Zurich, Switzerland on May 12, 2014 (almost exactly one year ago). 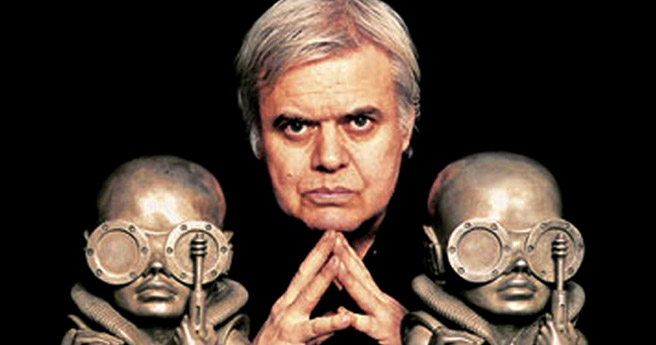 Now, a new documentary is poised to give an unprecedented window into the life, art, and influence of H.R. Gieger. Dark Star: H.R. Giger’s World opens in select cities this Friday, May 15th; Los Angeles residents can catch Dark Star at the Nuart Theater.

Official Synopsis: Surrealist artist H. R. Giger (1940–2014) terrified audiences with his Oscar-winning monsters in Ridley Scott’s Alien. But his dark creations depicting birth, death and sex also influenced music, album covers, tattoos and fetish art. Belinda Sallin’s definitive documentary shares the intimate last years of the artist’s life and brings viewers into Giger’s mysterious realm: from the first skull he was given by his father at the age of six, to macabre dinner parties with his close-knit team, to the grisly souvenirs from his time spent on the Alien set. The film also addresses Giger’s complex relationship to the art world, where he defied traditional categories and embraced commercial projects for musicians like Debbie Harry, Korn, Emerson, Lake and Palmer and the Dead Kennedys. Fittingly enshrined in a museum dedicated to his work, Giger’s output includes sculpture, painting, drawing, film and architecture, integrating meticulous technique with an instantly recognizable sensibility that has inspired generations of nightmares.

Where others flee, he makes his home. What others dread, he makes his habitat. What others fight to suppress, he drags back to the surface. Throughout his life, HR Giger inhabited the world of the uncanny: a dark universe on the brink of many an abyss.

He did not create this world because he held it dear, but rather because he had no other option. It was the only way this amiable, modest and humorous man was able to keep his fears in check. Giger was merely the bearer of dark messages, charting our nightmares, drafting maps of our subconscious and moulding our primal fears.

HR Giger lived in the heart of Zurich in a virtually self-contained, parallel world. It is a separate universe with a dark star, the “Dark Star” HR Giger at the centre, and everything else revolving around him. In this space, plucked out of time and behind closed shutters, day blurs into night. Only his family, closest friends and a few assistants are privy to his realm, and they have their work cut out for them. The growing number of exhibitions in important European art galleries are testament to the return of Giger’s art to the established art world. 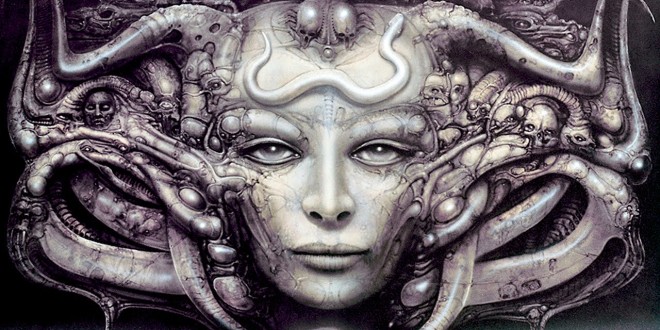 Those unable to catch Dark Star in theaters can look forward to seeing the documentary on August 18th when it will be available on VOD. Film collectors (like myself) can own the DVD on September 1st.

Are you a fan of H.R. Giger? Do you plan on checking out Dark Star? Sound off in the Comments section! 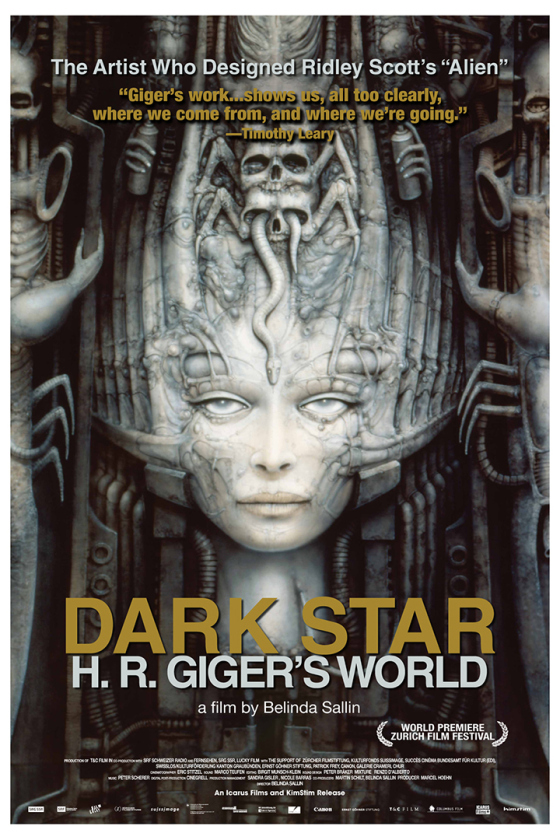