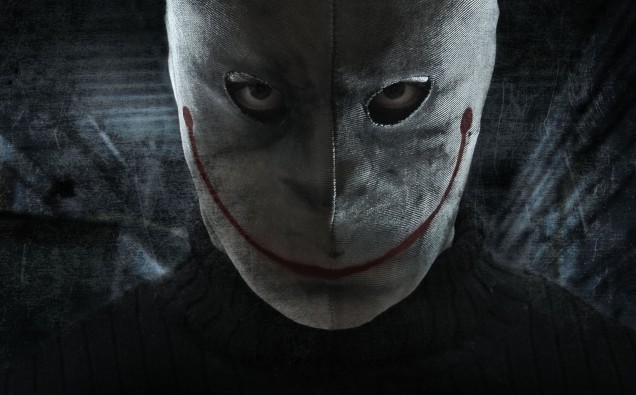 In 2007, Chris Notarile, aka Blinky500, brought us the feature Methodic and introduced us to the menacing Dollman. Now, 8 years later, Notarile returns to the Dollman story to recreate the first film in an improved reboot. I’ve been a fan of Notarile for years and caught up with him to find out more.

John Lepper: Thank you, Mr. Notarile, for taking the time for this interview. So, you are making a new Methodic movie. Now, is this a sequel or a reboot? I notice there is no “2” or anything in the title.

Chris Notarile: Hey. Yeah it’s a reboot/expansion of the original film. It’s basically my shot at doing the movie the way it should be. Only after that will I feel right about doing the sequel.

JL: Well, considering how awesome the first one was, it should be interesting to see how you improve upon it with a do over. I think that’s common with artists though. Everyone else only sees the finished result. The creator is the only one who knows what could have been different. Hell, I saw an article the other day on how Joss Whedon only see flaws when he watches Avengers. So, what types of differences are we looking at the second time around?

CN: Art is never completed. Only abandoned. But yeah. The first was good but I could definitely do it better a second time around. The biggest difference you will see is a change of quality. The film will be technically better. Apart from that there will be more insight given to the Dollman’s origins or rather, how he got into Nicholas. There will also be a bit of a change in tone. This one will be more realistic and grittier than the original. Hard to believe but yeah. This one will be even grittier.

JL: Sounds like it’ll be a blast! So, for those who are unaware, can you tell the readers a bit about Methodic and the Dollman?

CN: Methodic is basically Halloween on steroids. It’s your standard slasher flick but with a nice twist. And with that, the Dollman is basically Michael Myers with anger management issues

JL: And I would personally add that it is the first “basher” as Dollman has a penchant for blunt objects rather than knives. Now, out of curiosity, is this new film going to retcon out Methodic 1.5 on your youtube channel, Blinky500?

CN: Haha. Yes it’s the first basher indeed. As for the new movie, no it doesn’t retcon 1.5. That story still exists and is still a valid chapter. If anything it will give me room to expand upon that story as well.

JL: Excellent! I very much enjoyed that short film. So, past this reboot, what else do you have planned for Dollman in the future?

CN: Well there has always been a trilogy planned. I’ve also been talking with Tory Jones about a possible crossover with his character, the Wicked One. If that comes to fruition, it’ll be a bloody good time.

JL: Awesome! So you have a full story arch thought out. And I am up for almost any slasher crossover I think, so that would be amazing! Well, thank you again for taking the time for this interview. Before I let you go, do you have anything further to share with the readers?

CN: Be sure to subscribe to my channel www.youtube.com/blinky500 to see all my work and like me on FB /BlinkyProductions

JL: Seriously, readers, do it. I see people talking about wanting to see Freddy vs Michael or whatever all the time. These films already exist in very impressive quality as short films on his youtube. Thank you once more, Mr. Notarile, for taking the time for this interview. We wish you the best with your future projects and can’t wait to see what you do next!

And contribute to the Methodic Indiegogo: http://www.indiegogo.com/projects/1231034/fblk