“Don’t Look In The Basement” remake “Death Ward 13” in the works!

From Todd Nunes, director of award winning slasher flick, All Through The House! 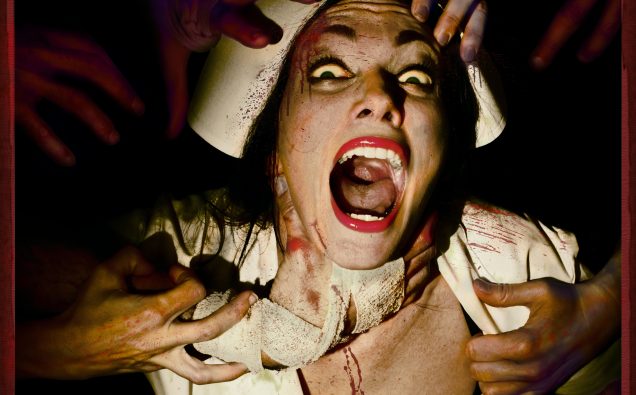 Ok, remakes get a bad wrap sometimes. Honestly, I’ve noticed that the stinkers are usually just the slasher remakes. After all, The Thing, Evil Dead, Night of the Living Dead, and more were all fantastic remakes! And when a remake is being helmed by an award winning director like Todd Nunes, that definitely makes this writer optimistic.

Last year, Todd Nunes brought us All Through The House, a Christmas slasher film which went on to win 19 awards! Now, Todd is working on pre-production for a remake to 70’s classic Don’t Look in the Basement titled Dead Ward 13.

Says Todd regarding the original film:

I’m a huge fan of the original Don’t Look in the Basement and saw the movie as a 10-year-old; I was mesmerized by the insane characters and the twist ending. In this reimagined version I want to give fans a taste of the original with added practical effects and lots of bloody gore for modern audiences. Death Ward 13 will have more nurses, more maniacs, and more blood. We’re eager to shoot the film in an isolated mental hospital in the woods, to embody the iconic 70s grindhouse era.

You had me at nurses, maniacs, and blood, Todd.

This updated remake of the classic will have the following plot:

It’s 1973 and the Stephens Sanitarium for the Criminally Insane prepares to shut down permanently. Days before closing, four beautiful nursing students arrive to care for the last handful of “harmless” mental patients in a suspiciously understaffed ward. Confronted by their violent charges, the nurses soon realize that they are trapped inside the asylum with a deadly crew of vicious lunatics. Each patient has their own perverse identity, their own personal demons, and their own violent agenda. Pushed to the brink of insanity, the young nurses find themselves in a gruesome fight for survival inside Ward 13.

According to producer Stephen Readmond (also from the All Through The House team), Death Ward 13 was one of the alternate titles for the original film. They are adopting this as the primary title for the remake out of respect due to taking some liberties with the original story.