Don’t Run From The Witch 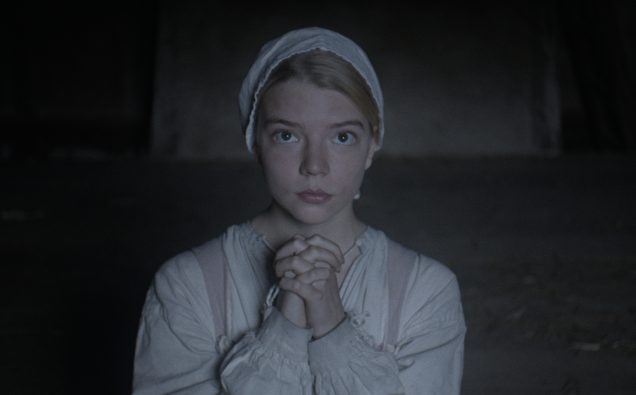 Every year there are one or two movies that run trailers touting, “Scariest movie in years” or “Scariest movie ever made.” All too often this is just a simple marketing scheme to get people into theaters, however, every now and then these tag lines actually end up being truthful. The Vvitch, or the Witch as it is known, directed by Robert Eggers kicked off the year in the doldrums between the holiday season and summer. Coming out of nowhere, drenched in atmosphere of its time and place, are where nightmares truly lie.

The Vvitch is about a family of Puritan settlers who break away from their colony to live a more secluded and godly life in the 1600’s. Shortly after they settle into their new life, closer to God, the youngest child is taken which causes the family to spiral into darkness. While this is not a truly original concept, it’s setting and feel is what truly separates it from the rest of the pack.

This is not your traditional scary movie as the trailers would have you believe. The scares don’t come from the boogeyman popping out of the shadows, nor do they come from some unrelenting force that hunts the family. Fear and dread are at the center of this darkness. From the time period to the very forest that surrounds the family, everything is made to be foreboding and evil even things that shouldn’t be. The horror comes from the family reeling from disaster as they begin to question their lives. There is a supernatural element to this story but this really is about the family and the struggles they face.  This is not the type of horror most are used to, especially considering the more casual audience. This is a horror movie that transports you to a different age, allowing us to experience a different life. For us die hard fans this is a horror movie that we become more invested in the longer we stay.

What is most important is our main characters, the family. William, played by Ralph Ineson, is the patriarch of the family who believes that the colony has abandoned God’s teachings. This is what causes him to leave and live outside of society and try to live closer to God. His eldest daughter Thomasin, played by Anya Taylor-Joy, becomes the person most affected by the loss of her brother. The story is really anchored by these two actors. This is not to say that the entire family is not fantastic, but William and Thomasin are at the center. William only wants to live a peaceful and pious life while Thomasin is only trying to find her place in the world. These characters bring us into this world of history and terror of the unknown that we have only glimpsed in textbooks.

The Vvitch is an atmospheric tale about the fear of the outside world and how that fear can pollute and corrupt even the most devote. It is not a conventional scary story that general audiences may be accustomed too but it is an engrossing tale of a family struggling through life in the 17th century. While you may fear this Witch, let go and enjoy a trip through these hallowed woods.