Is someone prepping for Purge Night? 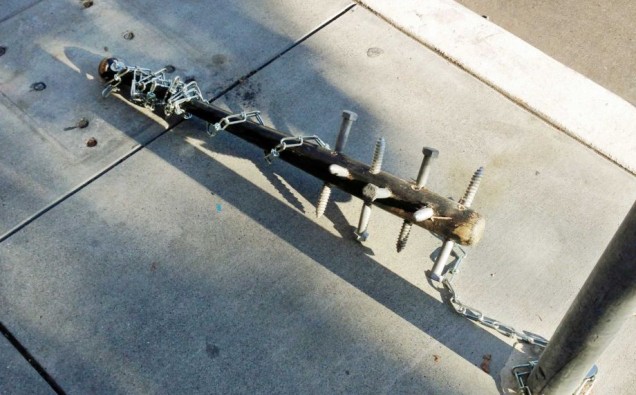 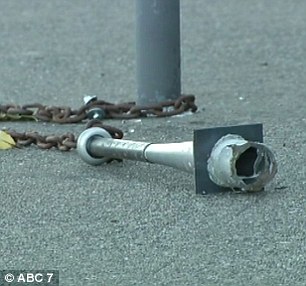 Is someone in San Francisco prepping for the next Purge Night?

Since Thanksgiving, dozens of spiked baseball bats, many chained to poles, have been recovered throughout the city.  Police are baffled and residents are (understandably) unnerved.  It’s true that San Francisco is a bastion for extreme subcultures where an “anything goes” attitude is pervasive, making odd sights quite common.  Still, something about these thuggish sluggers feels downright sinister!

It could very well be the work of a guerilla artist with a political agenda; the bats could speak to the inherently ferocious nature of life on the streets and/or the need for self-preservation in areas where violence is rampant: Being chased by a dope fiend?  Just grab a bat and smack that crack-head!  All joking aside, the dangerous nature of these modified bats makes them, technically, lethal weapons—possession of which is a felony.

As a horror aficionado, I was reminded of some early concept art for Rob Zombie’s upcoming horror movie, 31, where evil clowns sporting spiked baseball bats feature prominently.  Check it out: 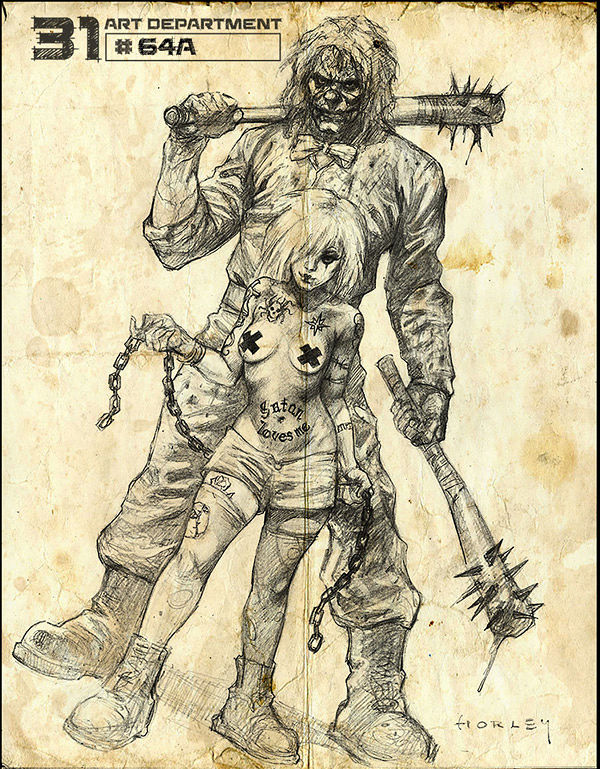 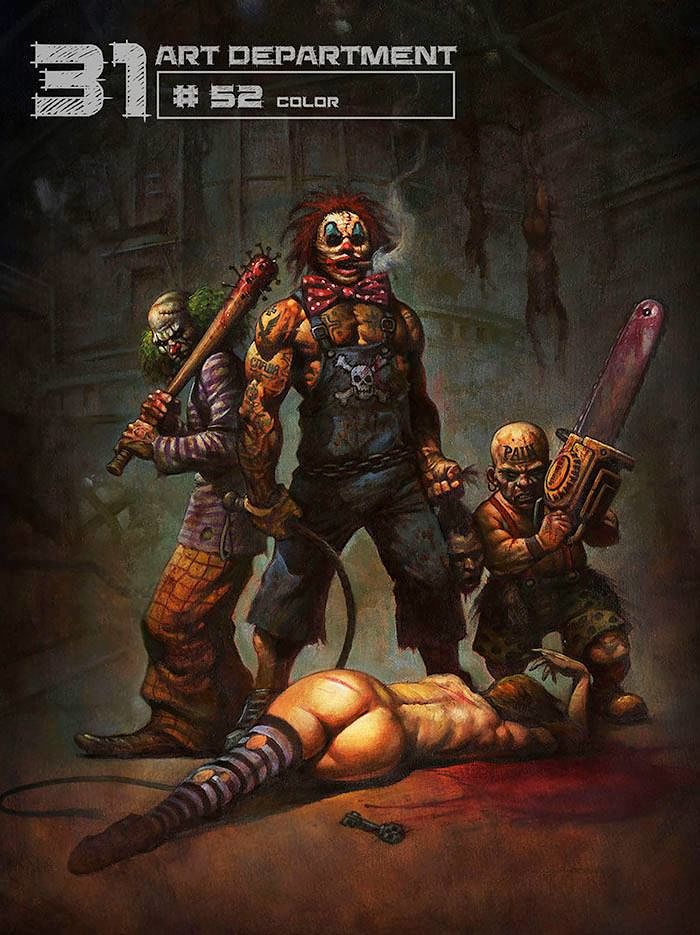 Others have commented on how the bats resemble the weapon toted by a character named Addy in Z Nation; I don’t watch the show myself, but a comparison can definitely be made: 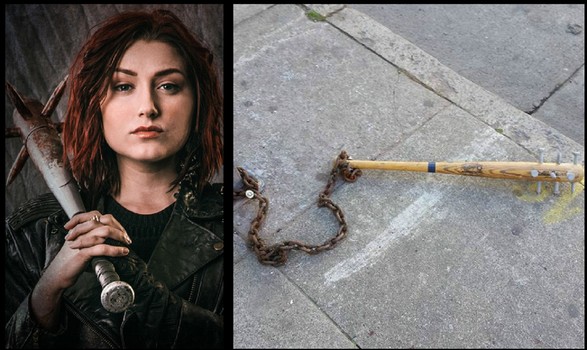 While I seriously doubt the bats in San Francisco are part of a marketing campaign or movie tie-in, the perpetrator’s actual motivations may prove to be exponentially more disturbing.  Is this merely the work of a hardcore outsider artist—or is the city harboring a violent vigilante, a future horror villain?

What do you think about all these spiked bats being recovered from the streets of San Francisco?  Outsider art or something much more sinister?  Sound off in the Comments section!