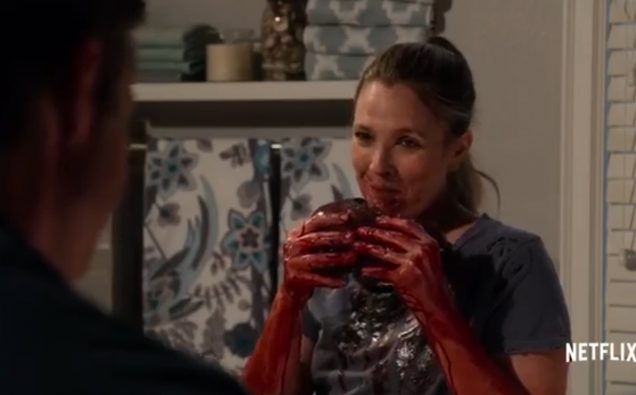 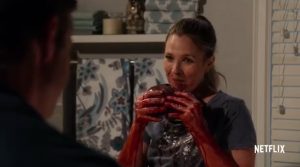 In the Santa Clarita Diet’, Joel (Timothy Olyphant), Julia (Drew Barrymore) and their teenaged daughter Abby (Liv Hewson) make up a family in L.A.’s suburb, Santa Clarita. Things seem to be running smoothly for the family, Joel and Julia both even make up a husband and wife real-estate duo…but that was before Julia’s..err..lifestyle change?? When Julia goes through this change she begins to adapt to life of eating her victims through a straw. Scared? Don’t be! Unless you have a weak stomach, the series looks to be a laugh riot!

Check out Santa Clarita’s newest featurette below and get some insight on the series and its characters!

Santa Clarita’ is set to debut on NETFLIX February 3rd