Find out why "All Hallows' Eve 2" is a sequel worth picking up and watching in all of short horror frights... 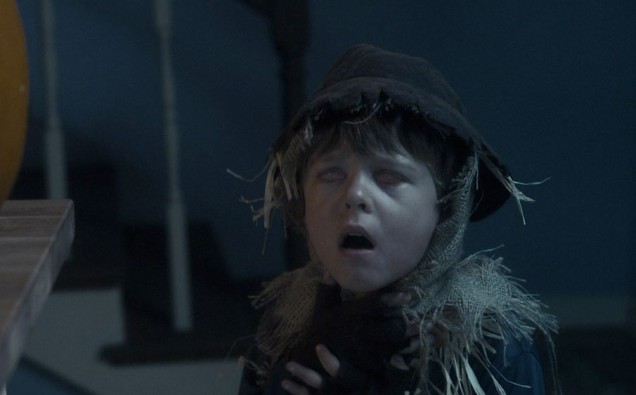 In the age of horror anthologies, where selected short films get a platform and an audience outside of the film festival circuit, comes the newly released DVD “All Hallows’ Eve 2” distributed by RLJ Entertainment/Image. Going in a different direction from the first film 2013’s “All Hallows’ Eve”, part two explores other filmmaker’s visions of the hellish holiday lore and doubles the entries offering a higher level of production, storytelling, visual FX and a look deep inside fear! “All Hallows’ Eve 2” finds eight new short films from around the world, these tales are recorded onto an ominous video tape that is found on the door mat of lonely, VHS watching, horror loving woman (Andrea Monier).  In a non-complex wraparound story, the woman chooses to watch the VHS tape and ignore a pumpkin masked figure, who moves closer to her with each moment and tale that goes by. Starting off with a babysitters’ tales focusing on the all hallows eve tradition of pumpkin carving, each of the tales brings a different and disturbing Halloween perspective. With an homage to the wear and tear of the VHS experience, the other tales focus around an annual sacrificial offering, dark secrets, monsters under the bed, a display of too realistic Halloween decorations, a woman losing her mind, an S&M funhouse and a vengeful social media spirit. With each tale that goes by, the pumpkin faced stalker gains more ground and the woman’s time may be up in “All Hallows’ Eve 2”.

Falling in line with recent wave of horror film anthologies like the “V/H/S” franchise, “Zombieworld”, “ABC’s of Death”, “Death by VHS”, “The Theatre Bizarre” and many more over the last decade. The producers of this anthology definitely had eye in the selection for the project. Why there is no connecting thread between any of the short films other than being entries on the VHS tape, each of the short films brings a different feel, angle and fright to the anthology. Not every entry in this anthology worked me for a variety of reasons. One overwhelming themes for this collection is the obvious passion for creating fun and diverse horror. Watching this anthology a few times, “All Hallows’ Eve 2” exemplified well-constructed storytelling, production values and a technical side that took each short to a higher level unlike many short films I continue to see on anthologies and at film festivals. A majority of the shorts were a lot of fun and able to convey powerful moral lessons and themes as well as focus on the Halloween legends with a compelling and smart storytelling pace. Tales like “Masochist” (starring talented actor Bill Oberst Jr. of “Circus of the Dead”) and “Jack Attack” conveyed a very effective and powerful story that packed a punch and a dark lesson wrapped in wicked horror justice. Even tales like “A Boy’s Life” (who had talented filmmaker Aaron Moorhead of the film “Spring”) or “The Offering” showcased compelling, emotional storytelling that connected to me on a deeper level and provided a blend of realistic horror troupes. 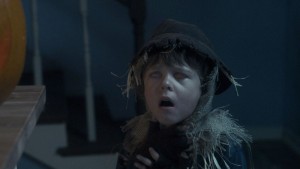 “All Hallows’ Eve 2” offers the viewer more than just a variety in horror narratives. Most of the short films put forth a very effective and at times impressive practical and visual FX/makeup. The anthology showcases a variety of visual work that is differs and fits each tale as well as never overwhelms the focal point of each short film but treats it more as a tool in telling the story and presenting the characters in their full development. Again for me, “Jack Attack” stands out and was a wise selection as an opening tale for the anthology. The tale featuring a really wicked use of prosthetics (you will never look at pumpkins the same again), makeup, organs and blood. Hats off to team of “Jack Attack” for makeup, FX and illusion to show what is deep inside can be a great source of tension and classic body horror. On the other hand, in a simpler use of FX and makeup, the tale of “Mr. Tricker’s Treat” barely uses any sort of creative practical FX or makeup but yet creates a visual sense of doom and dark humor showcased in the all too real Halloween decorations and how Mr. Tricker’s collected them. The practical aspect is a great character tool creating a nasty, gritty and dirty feel showing the layer and face of a human monster. While I was not very fond of the tale “Alexia”, I did enjoy the use of the computer as a FX tool. The use of very pixelated and fuzzy computer images as well as the stuttering computer (similarities to the wrap around story and the stops and skips in the VHS tape) helps to create an atmosphere and tension until the full reveal. When that full reveal hits, it proves a very effective, clear and disturbing use of makeup and masking reminding the viewer of the classic Asian horror film “Ringu”.

Another key element performed in “All Hallows’ Eve 2”, is the variety and mood creating scores that are a foundation within each tale and especially played through the final credits. A true saving grace for many short films and an aspect that can elevate a project to the next level. Whether the sounds the unknown and loss on different levels in “A Boy’s Life”, an apocalyptic anthem filled with doom and Halloween horror in “The Last Halloween”, the carnival mischief of “Masochist” or the very tense instrumental of Hitchcock madness in the “Descent”, each short film composer understood the power of crafting an impactful score and the weight it brings to the story. I must have listened to the credits at least three times as each of the themes moved the tales credits along flowing into each other devilishly wonderful.

It’s overwhelming to look at the IMDB credits for “All Hallows’ Eve 2” and witness all the people involved in the making of this horror anthology from the different parts of the world and different film projects. An anthology like this has many things to celebrate whether the creative and terrifying cinematography, the effective visuals with FX, makeup or costume, the creative locations and importance of the art direction or the quality performances that embodied the emotion and Halloween spirit. From the producers to directors to crew to cast to editing to special thanks to distribution, you realize how much of process it took on all levels to make this happen. People grow tired of the cycle of horror anthologies for any number of reasons. However, people tend to forget that these anthologies give a filmmakers, writers, crew and cast a chance to get their stories out there as a part of the limited main stream platforms available. “All Hallows’ Eve 2” does a tremendous job bring these short films together as a complete package. Pick up your copy of “All Hallows’ Eve 2” right now on DVD and streaming it VOD. (All images were found on Google)

Listen to the conversations of “The Horror Happens Radio Show” at HorrorHappens.com 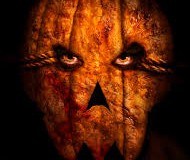