And I have predictions 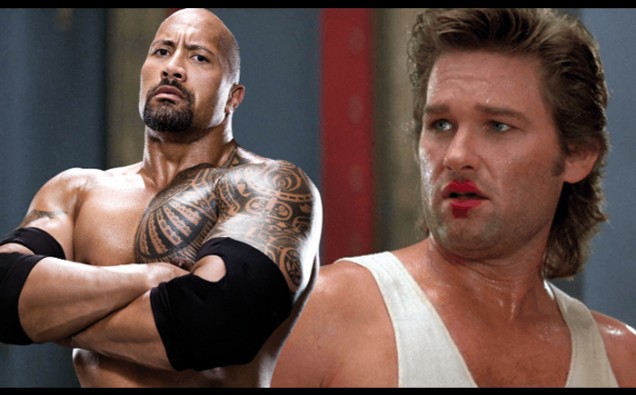 Dwayne “The Rock” Johnson has apparently been negotiating to produce a remake of John Carpenter’s classic Big Trouble In Little China, as well as take on the leading role of Jack Burton. (Notice I said “a remake” and not “the remake” as I have given up assuming someone else isn’t going to remake it again in six years.)

Immediately the internet is already mass groaning about this but since there’s nothing anyone can do to stop the remaking of cult classics we may as well hope for the best that Hollywood doesn’t totally ruin it. But given this A-list professional who acted as a wrestler before wrestling with acting will most likely be pinning down Jack Burton for a three count, I am flooded with a dire premonition. You see, Jack Burton is described as “A side kick who’s so clueless he thinks he’s the star” and Kurt Russell played this well in Jack’s development. He may be the face on the movie poster but he’s actually a mascot character, not a star. Much like Jeff Spicoli (Sean Penn) with Fast Times At Ridgemont High and Tripper (Bill Murray) with Meatballs. They are really a small part of a much larger group that goes through the story together.

But Dwayne Johnson can’t play a side kick. It’s not that he can’t “play the role of a side kick”, it’s that he is not allowed to be a side kick. Take G.I. Joe: Retaliation for instance. G.I. Joe originally had no real leads or stars, even in the first movie The Rise Of Cobra the story bounces from character to character in an attempt to include as many as they could. But once The Rock hit the scene they couldn’t let him share the screen and killed off the entire cast, both Joes and Cobra, instantly turning the film into just another Dwayne Johnson movie instead of a G.I. Joe sequel. It happened on Fast and Furious as he and Vin Diesel fight each other for screen time. This is probably the reason he has yet to appear in an Expendables. Every film he’s ever in revolves around him…. and I fear that’s what is going to happen here.

So before any script is publicized I want to make some predictions and after the movie hits theaters, return to this article and see what hit and what missed.