A homage to the genre featuring 2 horror legends! 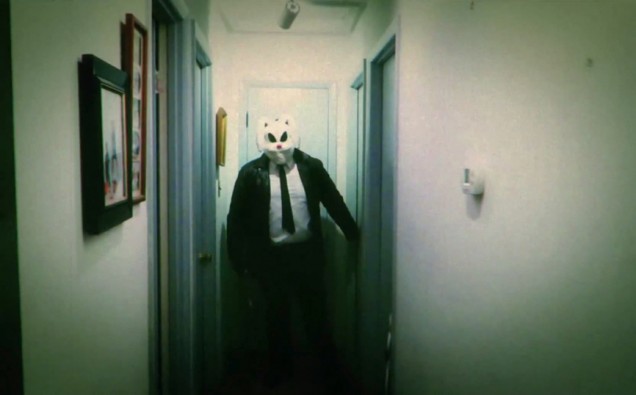 Gotta love the ol’ holiday slasher. Halloween, April Fool’s Day, New Year’s Evil, Black Christmas, the list goes on. Easter Day is not the first Easter themed slasher film, but, I gotta say, it looks like it might be the best.

Easter Sunday stars the late Robert Z’Dar (Manaic Cop), who passed away earlier this year. The film will be dedicated in his memory.

A throwback to the campy and gory slashers of the ’80s, Easter Sunday is written and directed by Jeremy Todd Morehead. Along with Z’Dar and Morehead, the cast includes Ari Lehman (Friday the 13th), Edward X. Young (Mr. Hush) and Shawn C. Phillips (Ghost Shark).

“I am beyond thrilled that this goofy, bloody movie I’ve had in my head since I was 18 years old is about to premiere on the big screen at Four States Slasher Con,” exclaims Morehead. “It has been an amazing ride, and I think what my crew and I pulled off with very little resources is rarely achieved from a movie of our size. Some people tried to convince me that it could not be done. Well, it’s premiering on October 16. This has been a dream of mine for most of my life, and I am ecstatic over what we have accomplished with Easter Sunday.”

It has been 24 years since the deranged serial killer Douglas Fisher was executed by police on Easter night. This year, a group of hard-partying teenagers not only raise some hell, but literally raise the dead! The teens accidentally conjure the spirit of Douglas Fisher… AKA the bunny masked killer! These teens have until midnight on Easter to stop the evil bunny slasher, or he will tear their town – and everyone in it – to pieces.

Is anyone else stoked?! Looks like it’s Easter for Halloween. Check out the trailer below!