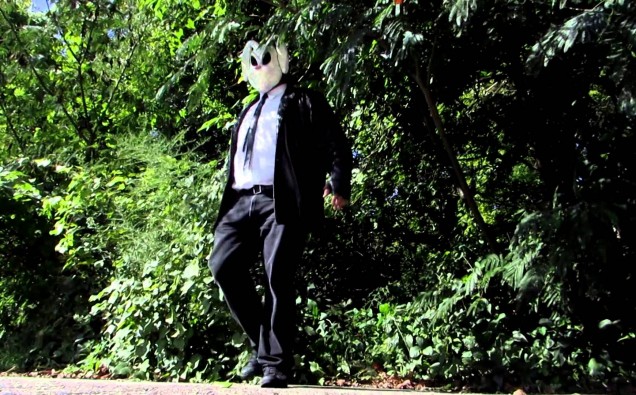 I love watching movies where you can just tell that everyone on set had a blast. Easter Sunday, featuring Ari Lehman (the first Jason Voorhees) and the late Robert Z’Dar (Maniac Cop), is one of those films. The story centers around the Bunny Man killer, Douglas Fisher, who slaughtered his family and a bunch of others before being gunned down by the sheriff (Z’Dar). But, as tends to happen in these films, the dead don’t stay dead. A group of partying teens accidentally resurrect Fisher and now they must find a way to return him to the grave before he puts them in theirs.

Veering back and forth from serious horror and borderline slapstick comedy with great success, this film never ceases to entertain. What it lacks in polish (and honestly, it doesn’t lack much) it makes up for in pure fun and passion for the genre. Slasher references abound, including my personal favorite when Douglas addresses Z’Dar’s Sheriff Arkin character, saying “You have to be some sort of Maniac Cop if you think you can kill me!” Pure. Awesome.

Speaking of Z’Dar, this was actually one of the last films the horror icon acted in before his death a few months back. The film is dedicated to him.

Back to the film, one of the high points is the acting. Honestly, this is not Oscar material. There’s a lot of over acting here, but much of it is done intentionally as a sort of satire it seems and it really entertains. Also, of note, I really enjoy the voice work for Douglas Fisher. The killer really has a very original style in both physical and vocal acting and is probably one of my favorites I have seen in an indie slasher.

Overall, it was a fun time. It doesn’t take itself too seriously and you shouldn’t go in expecting it to. But if you’re a real fan of slasher films, this is a must watch!

Scope the trailer below!