EAT: A gore-tastical descent into madness

A spoiler-free review of 'EAT.' 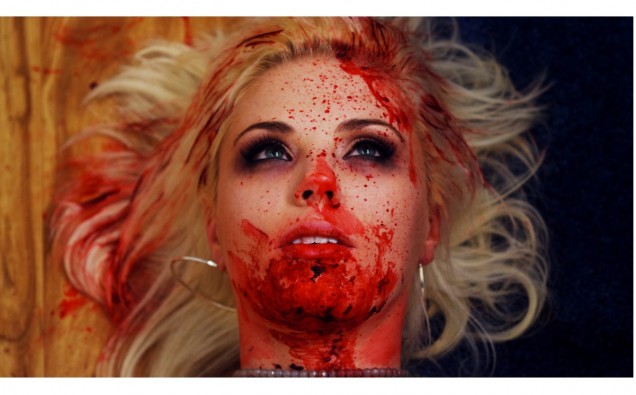 For some odd reason, I love these type of films that show a person’s decline from sane to just plain f**king nuts. Don’t ask me why, but it just intrigues me to watch someone’s descent into madness, especially on a subject matter I know little to nothing about. When I first read the premise of this film, I was automatically thinking ‘wtf, really?” and knew I had to see it.

Eat draws you in from the very beginning with a very stylistic opening sequence with a retro sort-of feel to it. Meggie Maddock plays the main character who is an aspiring actress/model named Novella. Novella has been having zero luck as of late in acquiring any sort of role or job, and it appears all the positions are being given to her arch enemy Tracy.

As things become worse for Novella, with seemingly no money, no job and an eviction notice, she begins to take her ‘nervous tick’ of biting her nail, to a whole new level. Even after it lands Novella in the hospital, and in return is slapped with a suicide watch, she still refuses to seek the help she needs even as her life continues in a downward spiral. Soon, Novella’s best friend Candice whom originally was intended to help her becomes more of a enabler.

Novella moves onto bigger and better things besides chewing on her finger and proceeds to start munching on her foot. From there on, things just get messy as in a gory type of way. The film closes with a truly wicked yet satisfying ending and even features a fun little after-the-credits scene.

Maddock does an amazing job, and the special effects in the film are very well done seeing as they definitely succeeded at making my skin crawl. Also, the soundtrack is quite fitting and adds an extra oomph to make the film feel complete. I will warn you though, this film has very gory parts to it and those who’s stomach upsets easily should probably skip this one. 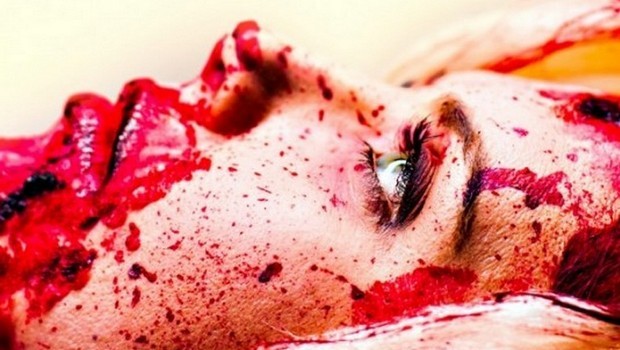 I’d love to see more of this director’s work and think he can do great things for the horror industry. I’d also love to see what else the makeup crew, Monster Makeup FX can do because their work on the film was very impressive. If you’re interested in checking out the makeup crew’s work, you can go to their website here.

Overall, I’d say I thoroughly enjoyed all aspects of Eat. The film is very unique, fun and fills any desires gore-lovers may have. I really can’t even think of any flaws at this point as the movie seemed put well-put together.

If you enjoyed: Contracted, May, Excision, Afflicted– you’ll love Eat. Also, the film’s style reminded me a bit of Drive and Maniac (2012).