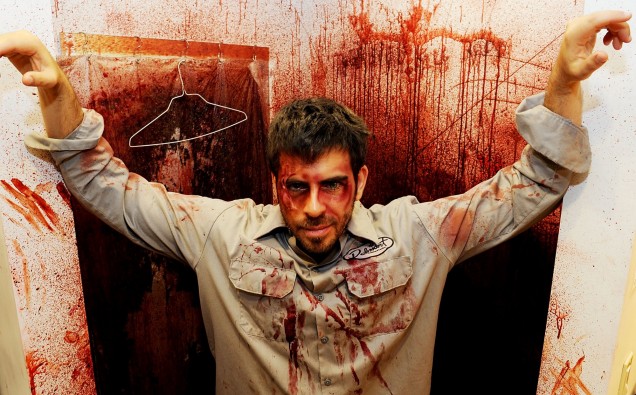 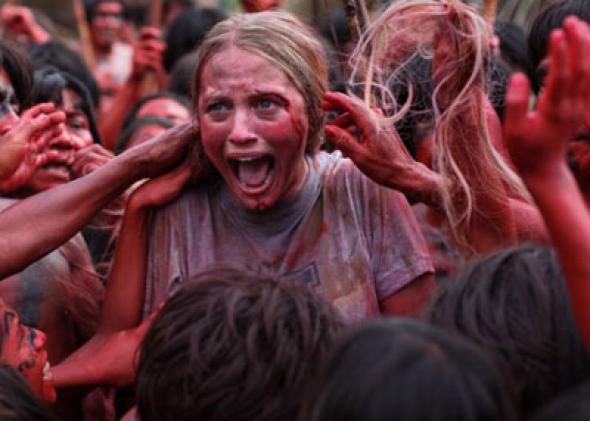 Eli Roth conceived of The Green Inferno as a tribute to Italian cannibalism films of the late 1970’s and early 1980’s. While “The Green Inferno” is the name of the film-within-the-film in Cannibal Holocaust, Roth’s Inferno is an original stand-alone. This film represents Roth’s first return to the director’s chair since Hostel Part 2 in 2007. 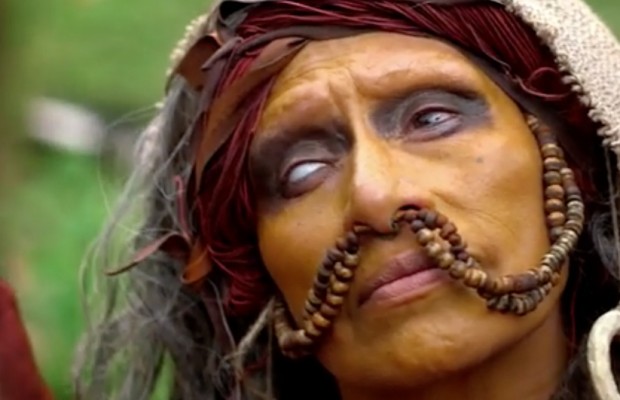 The Green Inferno was filmed in Peru and Chile in the final months of 2012. It premiered at the 2013 Toronto International Film Festival where theatrical distribution rights were snapped up by Open Road and their production arm Worldview Entertainment. A release date was set for September 5th, 2014, but in August of that year, less than a month before The Green Inferno was set for a nationwide theatrical release, it was pulled from Open Road’s release schedule—indefinitely.

Insiders insisted the delay had nothing to do with the artistic quality of The Green Inferno, or fears that the film would not be profitable; rather, Roth’s movie was simply in the wrong place at the wrong time. Worldview Entertainment had committed to paying the P&A (Print & Advertising) costs associated with The Green Inferno’s release. But when founder and CEO Christopher Woodrow was ousted from the company he created, everything was thrown into chaos.

Woodrow was accused of making extravagant and unrealistic financial commitments to films that were under-performing at the box office. More recently, the new leadership at Worldview has accused Woodrow of embezzling and slapped him with a $35M lawsuit. In response, Woodrow filed a countersuit claiming damages in excess of $55M. It’s a shit-storm of epic proportions that didn’t just derail The Green Inferno, but several other films contractually tied to Worldview.

Shortly after The Green Inferno was yanked, Bloody Disgusting reported that “Worldview doesn’t intend to leave Roth high and dry… and behind the scenes talks are going on to try and figure this out.” But that was back in August and, since then, information on the fate of The Green Inferno has been difficult to come by—until now.

This week, Eli Roth recently sat down with Indiewire for an extensive interview that included, among other things, the first positive news regarding The Green Inferno since this hubbub began:

Eli Roth: As of right now, all systems are go for the theatrical release [of ‘The Green Inferno’]. Here’s the thing: everyone is working to resolve it. Open Road has been amazing through this entire process. I really love them, they’ve been great. Even with whatever situation World View is going through, everyone is working together to find the best, cleanest, most positive resolution and get the film out in the widest release possible. I think realistically it would be in the August to September [2015] range. Trust me, I check in with the lawyers every day. Everyone is working to resolve it as soon as possible and we have hope to have an announcement within the next couple of weeks for the definite theatrical plan for the film. Everyone’s been so supportive. It’s almost been like “Save ‘The Green Inferno,'” in the same way that the students in the film want to save the Amazon.

If The Green Inferno was my film, I’d be incredibly pissed by all of these behind the scene maneuvers, but Roth seems surprisingly Zen about the entire situation. 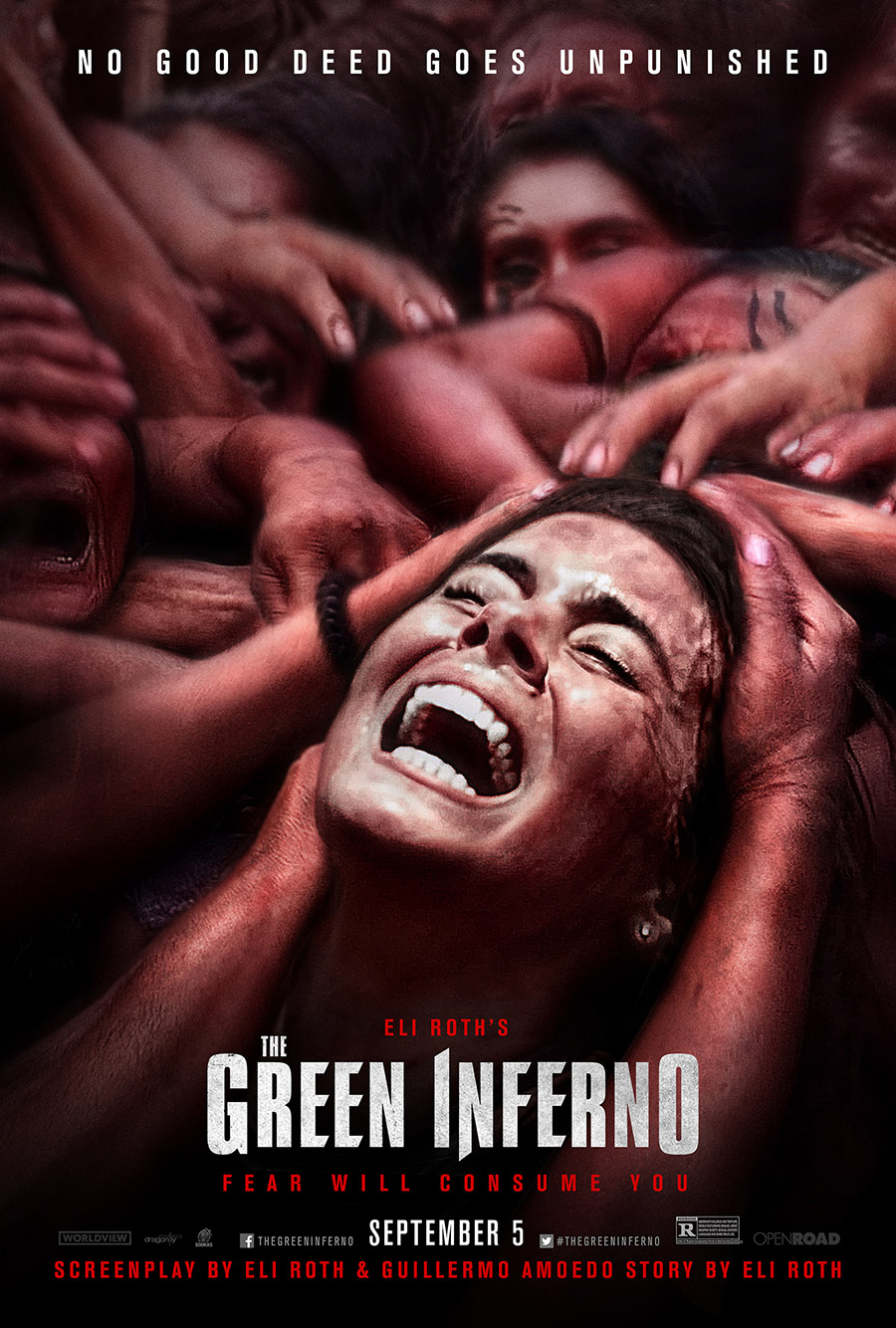 Eli Roth: So every movie’s a struggle in its own way, and with “Green Inferno,” I’m older, I’m wiser and I’ve been through it before and it’s frustrating. But here’s the thing, I believe in the movie so much. I think fans are going to love it. I think it’s an epic jungle adventure. We just got caught in a tricky situation and instead of sitting and complaining about it I went and made another movie.

The other movie Roth is talking about is Knock Knock; loosley based on the 1977 film Death Game, the film is being described as a home-invasion horror commedy. The story follows a couple of young girls who show up unexpectedly at the home of a married man; they seduce him and calamity ensues. Knock Knock stars Keanu Reeves; I know he’s an easy target for critisism, having never fully shaken his “Bill & Ted’s” persona (and his godawful protrayal of Jonathan Harker in Copola’s Dracula), but he’s had successes in the horror genre before, most notable in The River’s Edge and The Gift. Roth and Reeves recently shopped the film together at Sundance, where initial reviews have been positive.

While Knock Knock sounds promising, I’m still more excited about about the prospect of finally seeing The Green Inferno in theaters. To that end, I’m including that film’s synopsis and Red Band Trailer (NSFW).

Which upcoming Eli Roth horror movie are you most excited to see: The Green Inferno or Knock Knock? Sound off in the comments section!