‘End Trip’ Will Leave You Breathless and Unsure About Ever Using a Ride Share Car Again!

"Goodnight world. It's been a long week, things will be different tomorrow." 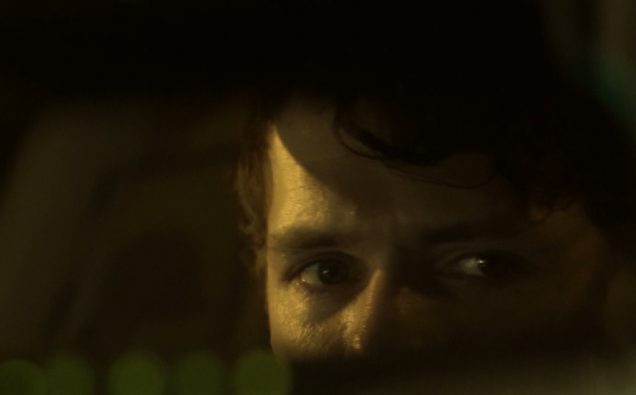 Whenever I travel I usually use Uber or Lyft at some point during the trip. I will probably continue to do that, but the film End Trip makes me want to start considering that choice very carefully. I haven’t seen a horror movie about this particular subject yet (not to say there aren’t a lot of crazy videos shot by drivers and riders alike on YouTube) – so kudos for getting in the first one goes to the writer, director and one of the stars of the film Aaron Jay Rome. 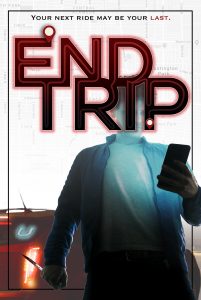 In End Trip, we meet Brandon, (Rome) a URYDE driver (their version of Uber) who is having an average evening of fares until he picks up Judd (Dean J. West) who does not seem to be having such a great night and just wants to be driven around. Being that Brandon is a stranger, Judd opens up to him and they seem to become friends as Brandon helps talk him through how to handle his girlfriend problems. That ends up not going well, and from then on things go from already intense, to uber intense! (See what I did there?) The film actually goes back and forth in time quite often, so don’t be confused, just wait and it will all be revealed to you! I actually went back and rewatched it, and saw quite a few things that I missed the first time!

This is the point where I am unsure how much to say. End Trip is a pretty great horror/thriller and it could easily be spoiled by giving out too much detail. There are two separate timelines, that come together with a vengeance. Both are different, creepy, and they eventually fit together for a total WTF moment! When Brandon gets home to his girlfriend Stef- he’s not Brandon? Wait, what?

This is a movie better left undescribed any further and my suggestion is to find it and definetly watch it, after it finishes up its festival run. In a shocking twist you will meet a true psychopath, and this is the point where we should all wonder whose car are we really getting into; a nice kindly driver, just trying to make a few extra bucks or a deranged Uber driver/serial killer! It’s a roll of the dice every time you step into a ride share!

One of the first things that I adored about this film, is that it’s based on something real, something that happens every day. We need a ride, we push a button on our phone and voila a stranger shows up at the curb to pick us up in their car. Then, the scariest part ever, we get in without thinking about it.

End Trip is truly frightening, but what makes it work for me is the complex and creative presentation. I liked the split timelines; I was just curious enough to keep watching and so nervous for the characters, that I was on the edge of my seat. The fast-paced action and exceptional acting from Rome and West really made this film work. But I can’t forget Ashley Lenz who plays Stef, she was terrific too! 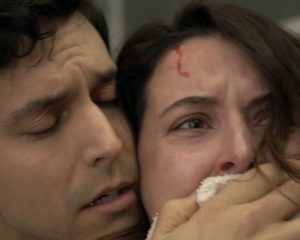 There are tons of plot twists and turns that will surprise you, in the superbly well-written script. The dialog sounded real, not like it was a written down! In addition to the terrific acting, the cinematography was amazing. I loved all the beautifully done night shots as they drove around town.

End trip is a tension-filled, edge-of-your seat horror/psychological thriller and I expect to see it do well. Prolific Films is taking it on, so I look forward to seeing it out soon! The film is very relatable and super intense. Best part? It kept me guessing right until the end, and I friggin’ loved that! I get tired of always knowing the ending early-on and having nothing to surprise me at the end.

I did have a few questions about the final scenes, which I won’t mention here. They could lead to more crazy ride shares and I’m hoping for a second film!

End Trip is being released by Prolific films- but there is no release date at this time.