Ready for more evil clones of Jesus? I know I am! 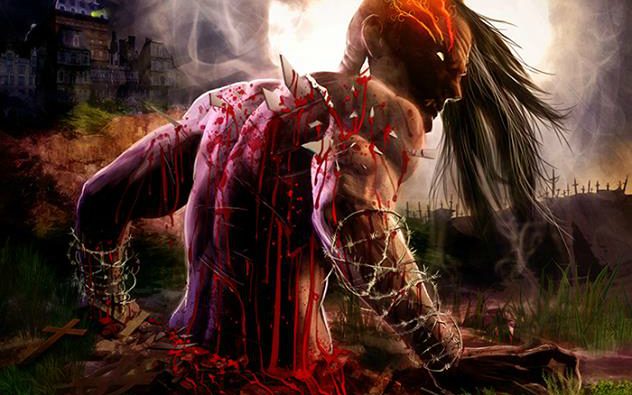 The Apocalyptic horror comic, Escape From Jesus Island, returns with its forth installment, “What Lies Beneath,” on June 6.

The series, endorsed by horror legend Clive Barker, follows a botched attempt to clone the savior that inadvertently unleashes the Antichrist and hordes of cannibalistic mutant freaks. When the Vatican Black Ops arrive to try to steal the reborn Christ for themselves, all hell breaks loose.

“From the start, bringing our fans into the story has been a big priority for us,” said Escape From Jesus Island writer Shawn French. “And I mean that literally. The majority of the characters in our comic are modeled after our earliest fans and Kickstarter backers. In Episode 4 alone, 29 fans make an appearance.”

For each cameo, fans send artist Mortimer Glum reference photos in various angles and expressions, which he uses to create their comic book counterpart.

The 32-page Episode 4 features 30 pages of panel artwork, which the creators believe is one of the things that sets them apart from the majors. “While most comics seem focused on padding issues so they deliver the least amount of content possible, we do it all wrong,” French said. “Our focus is always on how much story we can cram into each issue… and Episode 4 is packed cover to cover.”

The ongoing comic book series was originally launched via Kickstarter and will be returning there in June for a new campaign to print a trade paperback of Episodes 1-4. There will be more opportunities for backers to be immortalized in print, including a chance to join the ongoing cast as one of the Antichrist’s most trusted Apostles.

FMI about the comics, check out www.JesusIsland.com