Evil Dead 2′ is one of my favorite horror films and now it’s a game! I’m so excited for this! In case you missed it, Bloody-Disgusting reported a few... 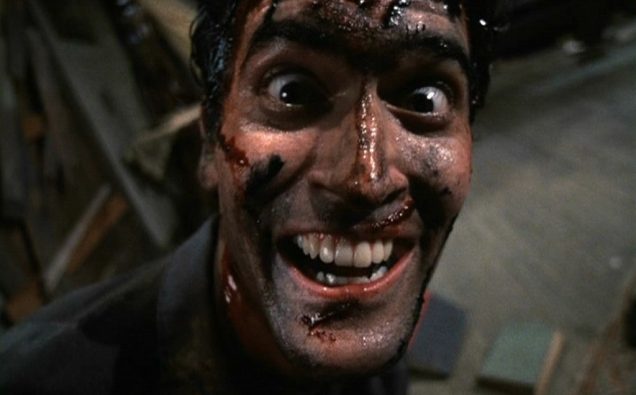 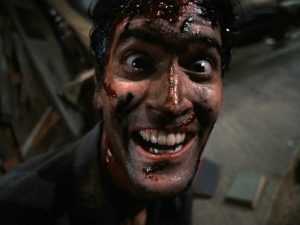 Evil Dead 2′ is one of my favorite horror films and now it’s a game! I’m so excited for this! In case you missed it, Bloody-Disgusting reported a few weeks back that Space Goats Productions were in the process of creating a board game based on the sequel [Evil Dead 2], but now news surfaced that the game is fully funded!

The officially licensed Evil Dead 2 Board Game is the tabletop experience Evil Dead 2 fans have been dying for–featuring at least 8 custom figures with art depicting the terrifying and iconic characters, monsters, and locales from the cult classic film. 2-6 players will work together in 60–90 minute sessions to gather pages of the Ex-Mortis while trying to survive demon attacks, supernatural events, and avoid turning into evil deadites themselves.

When playing the game you could play as your favorite characters from the sequel [yes..even the a-hole Jake] as you search the iconic cabin in the woods for the lost pages of the Necronomicon Ex-Mortis …piece of cake! Oh wait also while fighting against each players deadite-self and Ash’s severed hand! 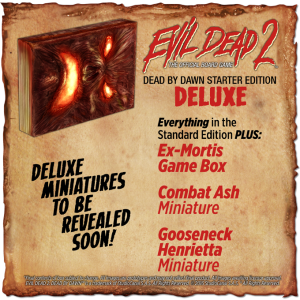 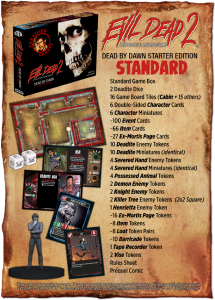 Funding rewards via the games Kickstarter range from getting a digital copy of Evil Dead for $5 or for a hefty $80+ the deluxe game and/or your beautiful self immortalized in a comic or on a comic cover of Evil Dead plus 10 issues of your comic debut sent to you.

As the game is officially funded, the Stretch Goals unlocked via the Kickstarter page include: 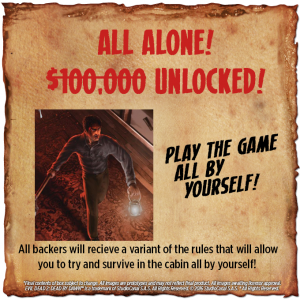 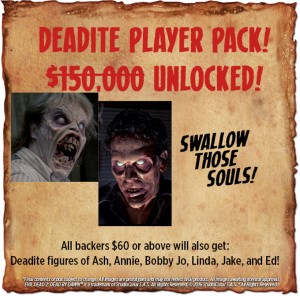 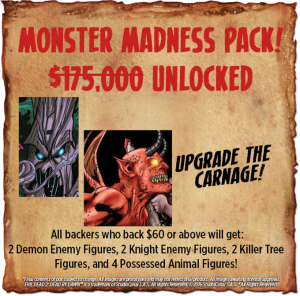 From what I see and from I read, I’m pretty pleased with the making of this game. It seems like a labor of love from the folks over at Space Goat and all I can say is it looks..groovy. What’s cool about it is, this isn’t Space Goats’ first time visiting the franchise’s sequel. Space Goats’ is currently publishing their critically-acclaimed comic Evil Dead 2 which I just can’t wait to get my hands on!

Visit the campaign and reap your rewards here

Evil Dead 2′ starred Bruce Campbell as did the rest of the Evil Dead Franchise (except the remake) including the hit STARZ Channel TV Series Ash VS Evil Dead which is airing its season 2 this Halloween season. Campbell in current years runs his very own film festival dubbed [so cleverly] Bruce Campbell’s Film Horror Festival, the festival has run so far for two years and counting.