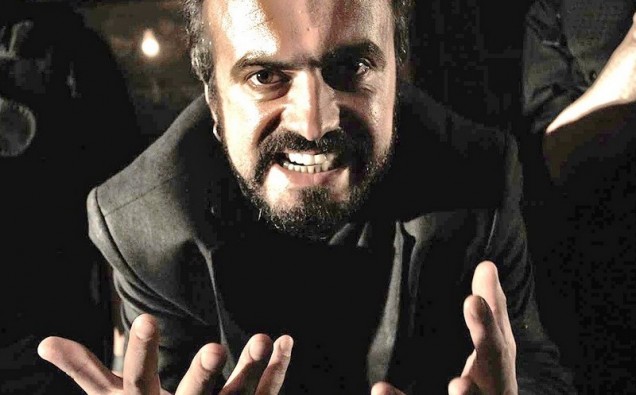 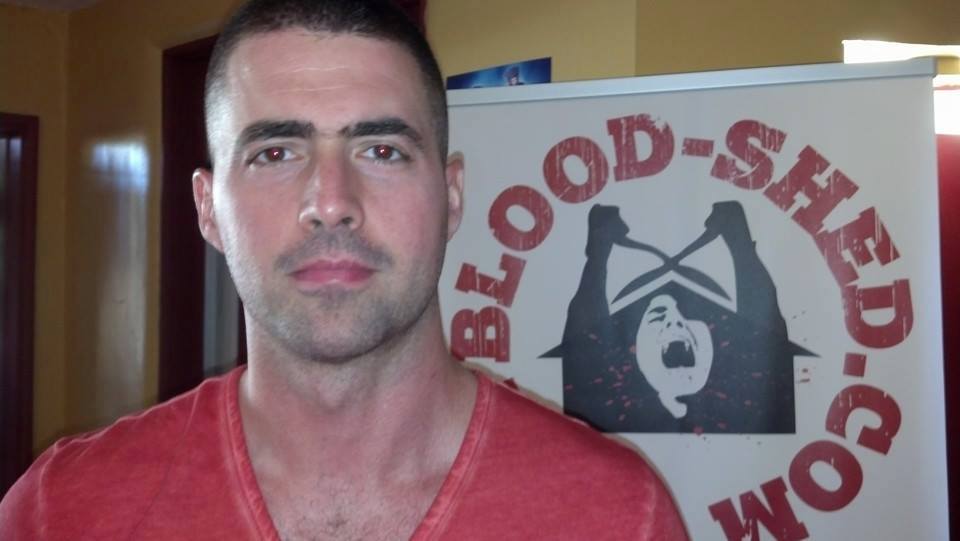 What I consider the highlight of the 9th Annual Sacramento Horror Film Festival could very easily be someone else’s low point: On Friday October 9th, A Serbian Film screened uncut and in high definition for the very first time in America. Since its release in 2010, this movie has widely been considered one of the most shockingly subversive ever produced, and has been banned in Spain, Portugal, France, Germany, Australia, New Zealand, Malaysia, Singapore, and Norway, and temporarily banned from screening in Brazil. It should come as no surprise, then, that writer/director Srđan Spasojević is regarded as one of horror’s most controversial living filmmakers.

Movies of a certain age and impact may be discussed in their entirety; for example: After a number of years, it was finally acceptable to openly talk about the fact that the woman in A Crying Game is actually a man, and that Bruce Willis is a ghost in The Sixth Sense, allowing these shocking twists to enter popular discourse. Similarly, after 5 years, it can hardly be considered a spoiler to discuss that A Serbian Film contains baby fucking. While this is hardly the only exceptionally disturbing scene in Spasojević’s film, it’s certainly the most upsetting and divisive—even among horror fans. 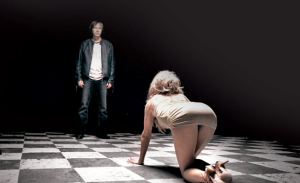 During Friday’s screening of A Serbian Film, no fewer than a dozen viewers walked out—a phenomenon I imagine is common at such events (rare though they are). Those of us able to endure all 104 minutes of extremely graphic and malevolent violence were left deeply affected; there was almost a sense of being bonded, like strangers who had just experience a shared catastrophic trauma.

As the theater lights came up, Spasojević took the stage, giving the audience an opportunity to look directly into the eyes of the man who had inflicted the film upon them. He’s tall and imposing in stature, lean yet muscular, sporting a military haircut; his responses to questions from the crowd were terse, and, at times, delivered almost grudgingly. He was completely dismissive of outright compliments, which clearly made him uncomfortable. He doesn’t smile.

“This is not a movie about sex,” he insists. “It’s a metaphor for life in Serbia. There is no sex in Serbia—only pornography.”

“A Serbian Film is about the lengths a man will go in order to put food on the table for his family,” he states flatly, and seemed to want to leave it at that. But the final question from the audience was actually the most compelling: When asked if there’s anything about the movie he wishes he could change, Spasojević’s response drops jaws:

“I wish I had made it harder. More extreme.”

This article, along with my experience with Spasojević, could very easily have ended here, but for a chance meeting in the hotel the next morning. As I made my way to the lobby, I found myself alone in the elevator with the elusive and stern filmmaker. It was the kind of chance encounter that comes along once in a lifetime—if that. Knowing I may never have another opportunity for a private, one-on-one exchange with the man, I decided to speak-up. Here’s what transpired:

JM: “That’s right. I’ve got to say, you looked pretty uncomfortable on stage. It seemed like you couldn’t get away fast enough!”

SS: “Well, you know, people always want to talk [about A Serbian Film], but I already said everything I wanted to say in the movie. So what else is there?”

SS: “Also, this movie came out 5 years ago, so I want to think about my next movie.”

While I would have loved to get the scoop on whatever it is Spasojević has in the works, the elevator had arrived at ground level, and our conversation concluded. 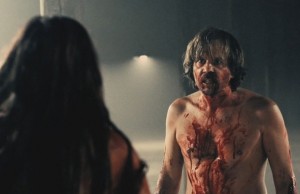 Rumors abound that Spasojević’s resistance to aggrandizing his achievement stems from threats of retaliation from the Serbian Government (which, rightly, considers the film’s title a scathing indictment). Still, I can understand how it might become frustrating for a filmmaker to answer the same questions month after month, year after year—especially when the metaphor is so incredibly blunt.

Allow me to explain:

But just as this article will hardly be considered the definitive exploration of A Serbian Film, it’s likely Spasojević may never crawl out from under the enormous infamy of his debut film; debates will rage and rage will reverberate for years or even decades—much to the chagrin of the Serbian Government.

This is how legends are born.

Have you seen A Serbian Film? Do you think such a notorious film will ever fade into obscurity? Sound off in the Comments section!