EXCLUSIVE: THE BLOOD SHED CATCHES UP WITH ACTOR EMILE HIRSCH ON HIS ROLE AND THE FANTASTIC FEST SCREENING OF THE AUTOPSY OF JANE DOE 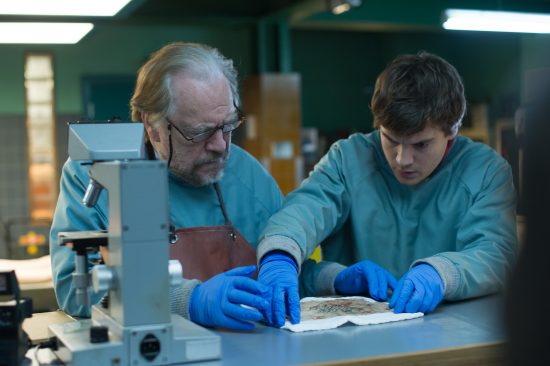 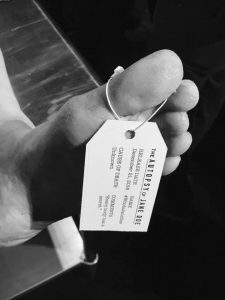 One of my top films from FANTASTIC FEST was the critically acclaimed horror thriller THE AUTOPSY OF JANE DOE. Dealing with a recently dug up Jane Doe that holds more questions than answers, a father and son coroner team must work together to discover the secrets within the body and solve the macabre puzzle way below the surface before the signs come too past. After selling out all selected screenings at the film festival, we were treated to a Q&A with not only the director Andre Ovredal (Trollhunter) but one of the writers and a guest appearance by co-star Emile Hirsch who gave great insight into the depth of the character, production and other aspects of his character Austin Tilden.

After the Q&A, Jay Kay of THE BLOOD SHED got a couple of minutes and questions into the film, the screening and the physical side of the role.

Emile, congratulations on a tremendous screening and a crafted film that blends several sub-genres of horror under one roof. Would you talk about the aspect of this screening at FANTASTIC FEST and the reaction It got tonight?

I felt like it was really positive this is this was a real specialty kind of screening everyone in here are big fans of the genre and are a very sophisticated audience. I think that this is the kind of acquired taste horror movie that that have audience that they will really respond to this will be like a fan favorite kind of film to me. This isn’t the pop horror movie that everyone will kind of just come rush out to see and it’s not good. this is the kind of movie I think we’ll have some quality and have some legs with the fans.

I love that you bring up because it has sophistication to it for sure and the people reacted to it highly to it especially in the front row with gasps among other reactions! However, it also a physical film as it develops more as you two deal with a haunted house film as well as the deal of psychological but you’re very physical, can you talk about that?

It was great you know luckily Bryan is in fantastic shape and I was hitting the gym regularly so we were just running and getting our scare faces on. Wish I actually did enjoy very much…

We thank actor Emile Hirsch for his time after the screening of THE AUTOPSY OF JANE DOE. Watch the trailer at https://youtu.be/chRSglA88bc and check out the film when it hits!

Images found on Yahoo and Take by Jay Kay