The Devils from 1971 is making a comeback. 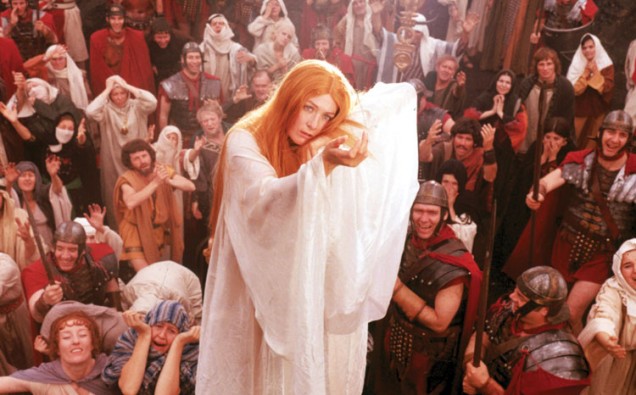 One of the rarest, hardest-to-find horror films ever made ‘The Devils‘ will receive a special, very limited one day theatrical release on June 23rd, 2015 at 7PM, in Austen, Texas at the Alamo Drafthouse Cinema. The Devils was originally released back in 1971, directed by Ken Russel and was based off of the book “THE DEVILS OF LOUDUN” by Aldous Huxley. 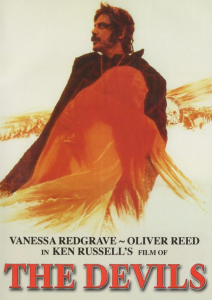 “Cardinal Richelieu and his power-hungry entourage seek to take control of seventeenth-century France, but need to destroy Father Grandier – the priest who runs the fortified town that prevents them from exerting total control. So they seek to destroy him by setting him up as a warlock in control of a devil-possessed nunnery, the mother superior of which is sexually obsessed by him. A mad witch-hunter is brought in to gather evidence against the priest, ready for the big trial.”

Since The Devils contains a plethora of graphic scenes with a high amount of sex involved too, Warner Brothers, whom produced the film, did all they could to conceal the film for decades until just recently, when last year the British Film institute was granted limited rights to release the film on DVD in the UK. 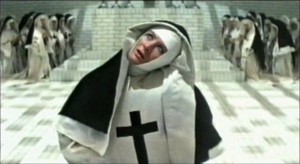 As far as The Devils goes in the US, it is known as one of the least-seen films in modern cinema. However, The Alamo Drafthouse is trying to help fix it’s rarity by giving it it’s long awaited release which is only a few weeks away.

Perhaps this will eventually lead to it’s US DVD/BluRay release that we’ve waited forty-plus years for.

For more info on the release, check it out here.