FACT CHECK: Based on a True Story, “The Exorcism of Emily Rose”

Exploring the reality behind the “Real Events” 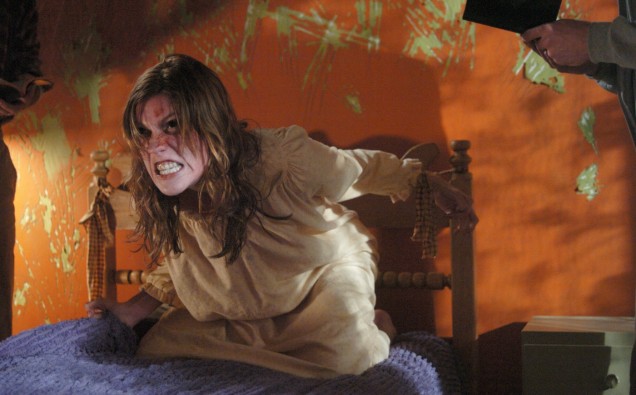 WARNING: This article contains pictures and video that may be disturbing to sensitive readers.

There’s a phrase that gets thrown around a lot regarding films, especially horror movies: “Based on a True Story”. The very idea that onscreen terror has “real life” roots is compelling and unnerving. If what we’re seeing is based on truth and not simply some fantasy—then the horror could actually happen to us!

Unfortunately, overuse of “Based on True Events” and similar claims have caused both malaise and backlash among horror fans when it turns out, more often than not, that any basis in reality is tenuous at best. Sure, we all understand that it’s a marketing ploy designed to fill theater seats (sell DVD’s, VOD, etc.), but does it amount to false advertising? Who validates claims of “truth” and should filmmakers be held accountable for misleading audiences?

To address these issues, I will be publishing a series of articles examining the truth behind horror movies that claim to be based on actual, documented events. If you are curious about a specific film, drop me a line; I’ll do my best to separate truth from fiction in a future “Fact Check”!

In this article, I’ll be delving into the “truth” behind one of the most unique Demonic Possession horror movies of the 21st Century: The Exorcism of Emily Rose (2005, Derrickson).

Official Synopsis: In this blend of psychological thriller and courtroom drama, Emily Rose (Jennifer Carpenter) is a 19-year-old college student who begins displaying bizarre and troubling behavior; as her actions become increasingly destructive and shocking, Emily begins speaking in strange tongues and destroying religious symbols that surround her. Emily’s parents believe that their daughter has become possessed by the devil, and the Catholic Church agrees to authorize an exorcism of the young woman. As Father Moore (Tom Wilkinson) attempts to drive the demons from Emily’s body, the girl dies in the midst of the taxing ceremonies, and Father Moore finds himself charged with negligent homicide. Attorney Erin Bruner (Laura Linney) is hired to represent Father Moore against prosecutor Ethan Thomas (Campbell Scott), who intends to prove there were concrete medical explanations for Emily’s behaviors, including epilepsy and schizophrenia, all leading to a heated courtroom debate between the notions of faith and science.

While it’s obvious that certain details in the movie are impossible to verify, multiple sources confirm that The Exorcism of Emily Rose is indeed based on a true story.

Anneliese Michel (21 September 1952 – 1 July 1976) was a German woman who underwent Catholic exorcism rites in 1975 and died the next year, due to lack of medical care. Later investigation determined that she was malnourished and dehydrated; her parents and the priests responsible were charged with negligent homicide. The case attracted media and public attention because of the Catholic Church’s unusual decision to employ the 400-year-old ritual of exorcism, something that had been rarely seen since the 18th Century. The film The Exorcism of Emily Rose is loosely based on her story.

When Michel was sixteen, she experienced an epileptic seizure and was diagnosed with temporal lobe epilepsy. She was determined to be depressed and was treated at a psychiatric hospital. By the time she was twenty, she had become intolerant of various religious objects, and began to hear voices. Her condition worsened, despite medication, and she became suicidal. Michel and her family became convinced she was possessed by demons, and appealed to a Catholic priest for an exorcism. While rejected at first, after much hesitation, two priests got permission from the local bishop in 1975, and performed exorcism rites on her for 10 months, in secret (as ordered by the bishop). After her death, Michel’s parents and the two priests were found guilty of negligent homicide, and were sentenced to six months in jail (reduced to three years of probation), and a fine.

The Exorcism of Emily Rose concludes with three statements, each presented as fact, which I have attempted to confirm. First:

AS EMILY PREDICTED, HER STORY HAS AFFECTED MANY PEOPLE: EMILY’S GRAVESITE HAS BECOME AN UNOFFICIAL SHRINE WHICH CONTINUES TO DRAW VISITORS FROM ALL OVER THE WORLD.

TRUE: According to Wikipedia: “Her grave became a pilgrimage center for fringe believers” who still believe that Anneliese Michel defeated the Devil. Multiple sources also confirm this as fact. 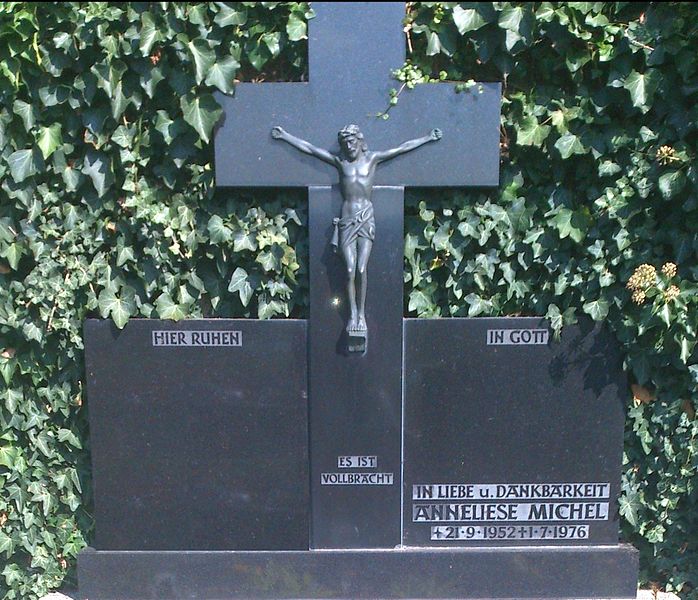 AFTER THE TRIAL, FATHER MOORE WENT INTO SECLUSION. REFUSING TO APPEAL HIS CONVICTION, AND STATING, “THIS IS A MATTER FOR GOD: WORLDLY COURTS CANNOT PASS ANY JUDGEMENT ON IT.”

UNCONFIRMED: Father Moore based on 2 people: Tom Wilkinson’s character was more a combination of two real-life people, Father Arnold Renz and Pastor Ernst Alt. Both men were assigned by the Bishop of Wurzburg, Josef Stangl, to carry out “The Great Exorcism” on Anneliese Michel. The foundation for this ritual was the “Rituale Romanum“, which at the time, was still a valid 17th century Cannon Law. Father Arnold Renz had been a former missionary in China, and Pastor Ernst Alt was a pastor in a nearby community. Together they carried out 67 rites of exorcism over a period of 10 months, with one or two exorcism sessions held each week. Some sessions lasted up to four hours. 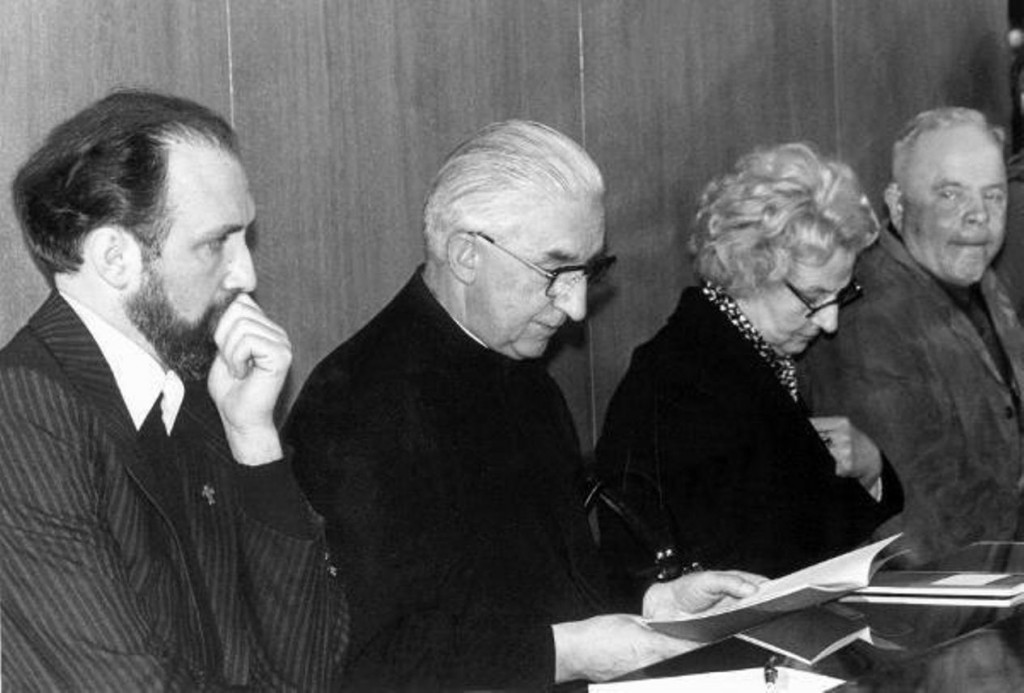 Parents and Priests at Trial

The quote attributed to the fictional Father Moore appears to be rough a paraphrase of Corinthians 6:2, but I can’t find anything to confirm that either Renz or Alt made such a statement. Biographical information about Renz and Alt is difficult to come by, so I can’t confirm that either man went into seclusion following the exorcism of Anneliese Michel or the subsequent trial.

ERIN BRUNER SHARED HER CASE FILES WITH AN EXPERT IN MEDICAL RESEARCH AND ANTHROPOLOGY WHOSE FURTHER RESEARCH AND PUBLISHED WORK ABOUT THE LIFE AND DEATH OF EMILY ROSE INSPIRED THIS FILM.

UNCONFIRMED (BUT PROBABLE): I can’t find information on actual person who defense lawyer Erin Bruner is based on, but she is most likely an amalgamation. The only mention of legal defense I could find states: “The priests were defended by lawyers sent by the church who argued that exorcism was perfectly legal and that the law gave citizens the right to religious freedom.” 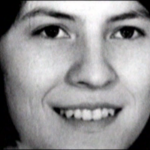 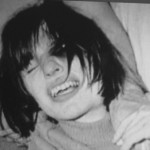 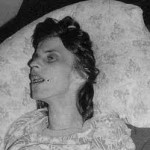 Anneliese Michel after her final exorcism

As for the truth regarding nature of Anneliese Michel’s affliction, that may forever remain a matter of opinion. According to Wikipedia (and many other sources): “The case has been cited as an example of a misidentified mental illness, negligence, abuse and religious hysteria.” Other skeptics point out that The Exorcist was released worldwide shortly before this, which brought the concept of demonic possession into mainstream consciousness, perhaps causing psychosomatic symptoms in a suseptible young woman.

While The Exorcism of Emily Rose definitely supports a religious/supernatural conclusion in regards to the life and death of Anneliese Michel, a German drama represents a more sociological/scientific explanation for her ordeal; Requiem (2006, Schmid) clearly supports the opinion that Michel suffered from epilepsy, while also exploring psychological factors that may have contributed to her descent (mainly religious fundamentalism combined with an inability to reconcile emerging sexual desires).

For some interesting, in-depth accounts of the life and death of Anneliese Michel, the links below are all fascinating.

The Terrifying Exorcism of Anneliese Michel

Exorcisms: The Case of Annelies Michel

The video below contains images and audio taken during one of the actual exorcisms performed on Anneliese Michel. Viewer discretion is advised.

What do you think about The Exorcism of Emily Rose and its connection to the real life and death of Anneliese Michel? Sound off in the comments section!