A review of the surprisingly good and underrated horror-action film Solomon Kane. 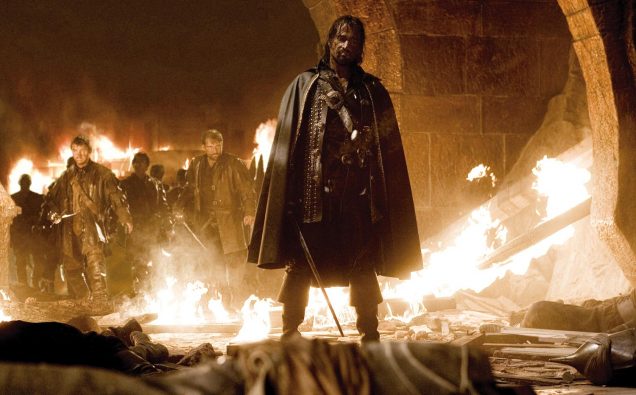 We all have been up late staring at the TV because insomnia has wormed its way in at one time or another. In these moments we sometimes search for some movie to take our mind off the fact we can’t sleep. We go searching through our library and through any video streaming service or channel, in a desperate search. You stop on something that you have been meaning to watch, but never did because you thought it would just disappoint or bore you half to death. There’s a lot of times this is correct, but, every so often one of these choices surprises you and sticks with you. On one such evening, my choice was a movie called Solomon Kane directed by Michael J. Bassett. It since become a sort of guilty pleasure of mine, I never expected to enjoy it as much as I did.

Solomon Kane is about a mercenary, hell bent on riches and infamy no matter the cost. On one such excursion he meets death itself and is told that death is here to collect his soul. Solomon escapes and seeks a life of penance but is forced to kill again in order to stop a growing evil. Based on the works of Robert E. Howard, Solomon Kane is a tale of redemption wrapped in blood death and evil.

The film is a fairly simple and well-trodden story that we have all seen and heard before, but it strikes such a cord that feels right and is a rousing good time. You become invested in Solomon’s plight and his trials towards redemption that you can’t help but root for every decapitation he performs. I was quite surprised by James Purefoy’s turn as Solomon; as an actor I never found him to be too memorable. He was quite good in the television series The Following playing the homicidal leader of rabid cult of fans, however, he just never stuck with me. While his performance certainly isn’t Oscar worthy, he inhabits the role with passion and enthusiasm that I couldn’t help but get lost in his story. This level of passion runs throughout the course of the film, it captivated me, I just kept getting lost in the world until the credits began to role.

One of my favorite aspects that I loved about this film was the cinematography. It is beautifully haunting in scenes that really showcase a director with an eye for visually stunning and engrossing imagery. One scene in particular involving a crucifixion was beautiful and breathtaking, it’s fantastic to behold. Along with this the production value of the sets and scope for the film are really outstanding, for the most part. There are just a few times where the CG just didn’t quite work as good as it should have.

While this film never got a theatrical release and seems to be forgotten here in the states, oversees it did reasonably well. Sadly it just never quite caught on here and abroad, a real shame in my opinion. Solomon Kane deserves a lot more respect than it’s due and deserves to be seen and experienced. It is not a film without some flaws but these are minor compared to the adventure and beauty we are given.

Solomon Kane is for those that fancy a good ole swashbuckling adventure, full of blood and evil. It has a solid cast that really sells and envelopes you into the world they live in. It’s beautiful to look at and its action scenes are done quite well. Though, its story may feel familiar and there are some minor problems such as some subpar CG work and some rough dialogue, it is still a great movie. If you get a chance, watch the film and I am sure you will be pleasantly surprised by it. I mean, who doesn’t love stories of revenge and redemption?