2019: The Year of Breakthrough Female Film Making at its’ Finest, Coming to the Medusa Underground Film Fest in Las Vegas, NV!

“It is unbelievable how much talent is out there. We have received so many entries from women all around the world; from countries I didn’t even know women had the resources to create art like this. I am so excited to bring everyone together and show people what female filmmakers are up to.” – Medusa Underground Film Festival Founder Heidi Moore
by Thelonious Johnson November 22, 2018

The first annual ‘Medusa Underground Film Festival’ comes to Las Vegas this January to celebrate the Art of Female Filmmakers changing history from around the World! The festival will be a span of two days, Saturday, January 12th, 2019 and Sunday, January 13th, 2019 and to be hosted at the Artisan Hotel Boutique. Over a span of a weekend, there will be 50 plus captivating shorts selected from 11 countries that will be constructed on presenting the fluidity of underground and genre short form storytelling including blocks like the Erotic, Head Space, Out of This World, Comedy, Self-Loving, Science Fiction, Horror and more. Dolly Deadly filmmaker and head of Wretched Pictures, Heidi Moore who birthed the ‘Medusa Underground Film Festival’ serves as a platform and gatekeeper for women creating films that are hard to classify but yearned for by the fans. Her genius in genre bending, Heidi Moore has this to say about why she brings this type of energy to the industry: 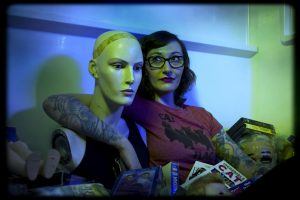 “As a filmmaker myself, I am organizing this film festival in a way that honors the creators. A lot of times filmmaking feels like a thankless job, and I want to make sure we’re showing the creators that their contribution to the art community is important and appreciated.” – Medusa Underground Film Festival Founder Heidi Moore 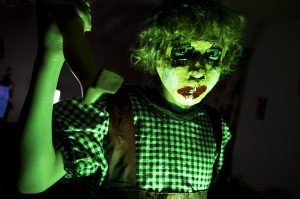 The two-day festival will have opening and closing features. The opening feature unleashes the 2017 cult/comedy/horror fusion Re-Agitator: Revenge of the Parody directed by Dylan Greenberg and plans to tie up the electrifying weekend with a mystery film to be screened before the Award ceremony.

The first wave of short films and trailers announced includes:

I love You – Directed by Brooke Candy (United States)

The Apocalypse Will be Animated – Directed by Melanie Killingsworth (Australia)