Filming Has Begun on Indie Horror Film ‘Beyond the Gates’

Check out the cast list and plot details below! 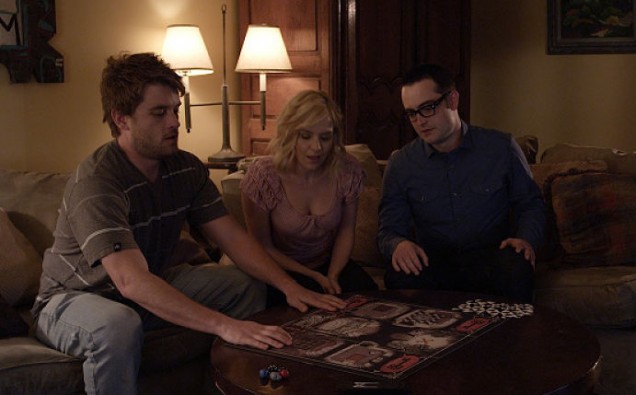 Beyond the Gates, an upcoming horror flick said to be a throwback to paranormal films such as Phantasm, Poltergeist and the like has entered the filming stage. Jackson Stewart will be directing the script co-written by Stephen Scarlata (JODOROWSKY’S DUNE). The cast list is quite impressive, with Graham Skipper (Almost Human), Chase Williamson (The Guest, John Dies at the End) and Brea Grant (Halloween II, Dexter).

“Two estranged brothers reunite seven months after their father’s disappearance to liquidate his anemic video store. While there, they unearth an old VCR board game that acts as an inter-dimensional hub to a nightmare world where their Father’s soul is trapped and can only be saved by playing the game. The film is an adventure horror that pays loving tribute to the VHS format, video stores, and board games of the era.”

The film is to be geared toward the VHS format and play as a tribute to video stores and board games of the era. Other big names attached to Beyond the Gates are Matt Mercer (Contracted, Madison County), Justin Welborn (Justified, The Crazies), Henry LeBlanc (The Tonight Show with Jay Leno), Jesse Merlin (FDR: American Badass), David Bruckner (director of VHS segment ‘Amateur Night’, The Signal) and Pierson Ryan (Red Team Go).

Destroy All Entertainment’s Amanda Mortimer is to produce along with Barbara Crampton and Lodger Films partners George Kallert and Rob Schroeder. Gabriela Revilla Lugo is to be an executive producer.

The release date is unknown at this time, but we are sure looking forward to it! Especially anyone who’s played this game as a kid.. not that the two are related but reading the movie’s plot sure made me reminisce of the fun and creepy nights playing Nightmare.

Keep checking back with us at the shed for more details as they are released!