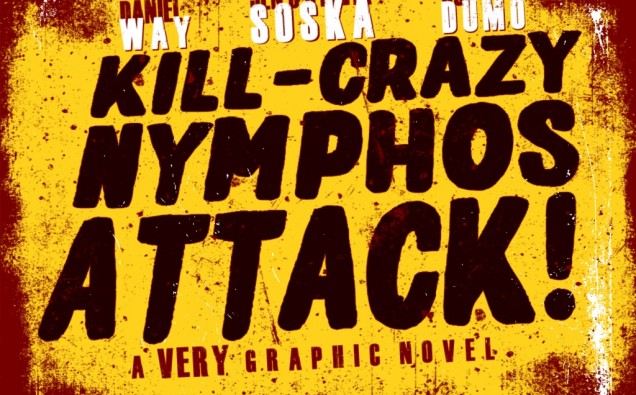 Earlier this year, we delivered the exciting news of the Soska sisters and Daniel Way launching their own graphic (very graphic) novel entitled KILL-CRAZY NYMPHOS ATTACK! The novel’s style will be exploitation/grindhouse while still featuring a beginning, middle and end with social commentary included.

The Soska sisters themselves will also be characters in the book, but will be known as “Sister Sisters” and guess what?! By supporting KILL-CRAZY NYMPHOS ATTACK! on their official Kickstarter, you, the fans have the opportunity to appear in the book itself and maybe even be killed by the sisters! What more could you ask for?!

In any event, we have an intriguing new update for the project, and that is our first look at the actual pages of the novel! We are now able to see the amazing artwork Rob Dumo, Dave Johnson, Dee Cunniffe and John Workman: 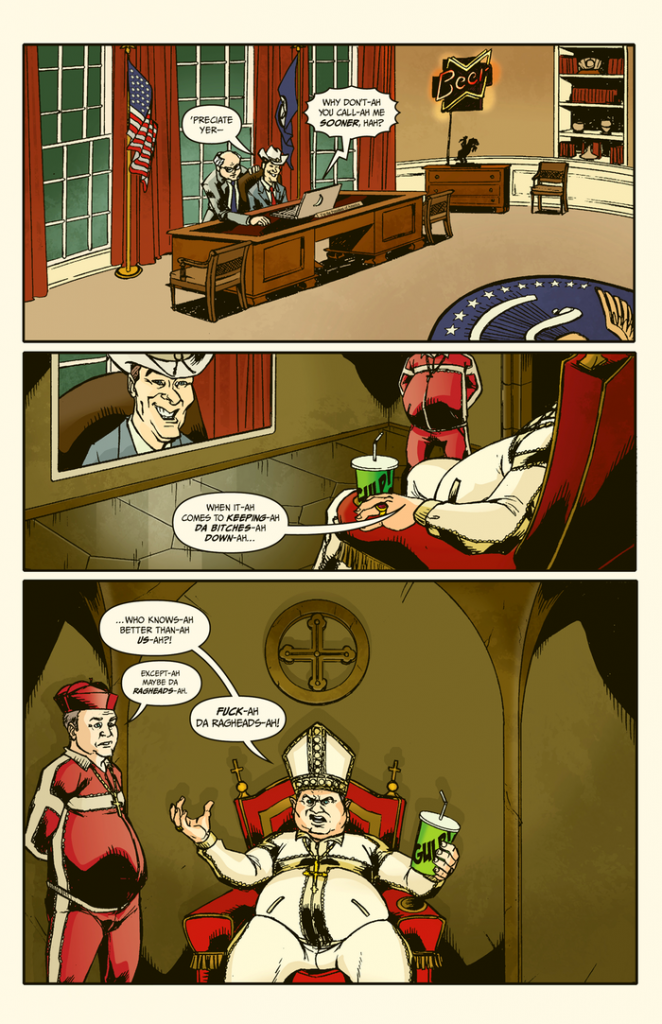 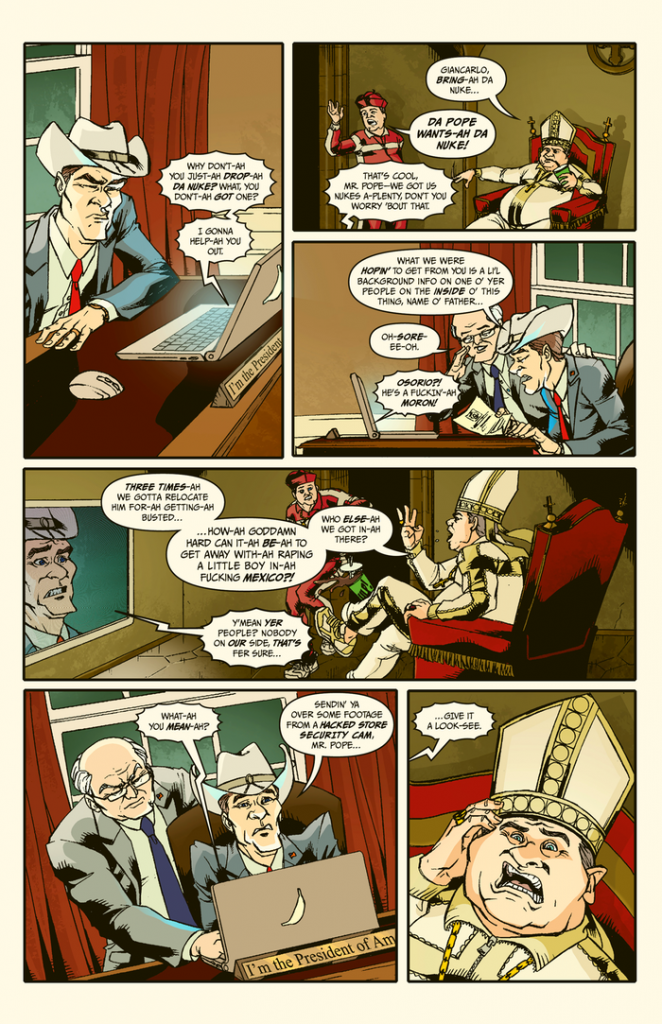 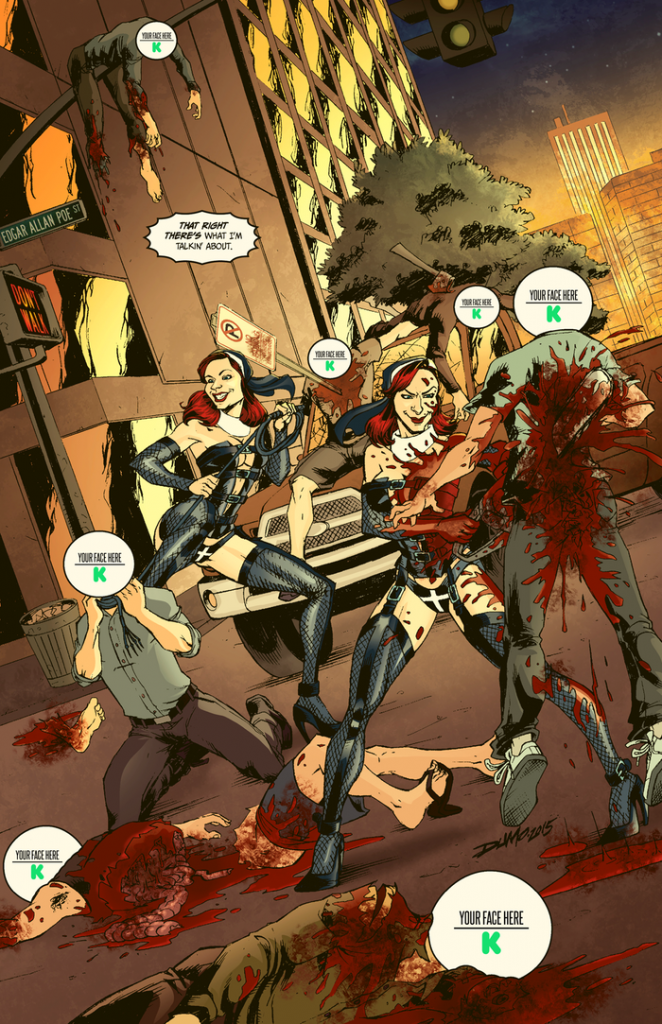 (And yes, that could be YOUR face on one of those corpses! Check the Kickstarter for more info)

“The story centers upon Purvis Gunt, a malcontent and pervert who works at a pharmaceutical lab. Purvis is obsessed with having rampant, porno-style sex with nearly every woman he sees but it’s never gonna happen for him because, in addition to the fact that he’s married, he’s revolting in every possible way. So he turns to science for a way to cheat the situation, using the resources of the pharmaceutical lab to create something that will cause women to lose any and all inhibition or restraint and fill them with uncontrollable lust. Purvis, however, is a terrible scientist. What he cooks up is a virus that fills women with not only a lust for sex…but for blood.

When the virus gets out and infects the female population of the small town where Purvis lives, carnage ensues and it’s up to Purvis, disgraced priest Father Osorio and super macho but sexually ambiguous SWAT officer Mack Diesel to contain the situation before woman-hating US President Pole drops a nuke on the whole goddamn mess.”

There are still 49 days to go for the campaign and the rewards are ground-breaking in a sense that you can even go on a 2-hour Skype date with the Soska sisters! Other enticing rewards being offered besides the chance of appearing in the book, are signed copies, posters, t-shirts and more! This is definitely a Kickstarter you do not want to pass up.

Keep checking back with us at the Shed as more updates are released!