Poisonous or not, encountering these plants will send a chill up your spine. 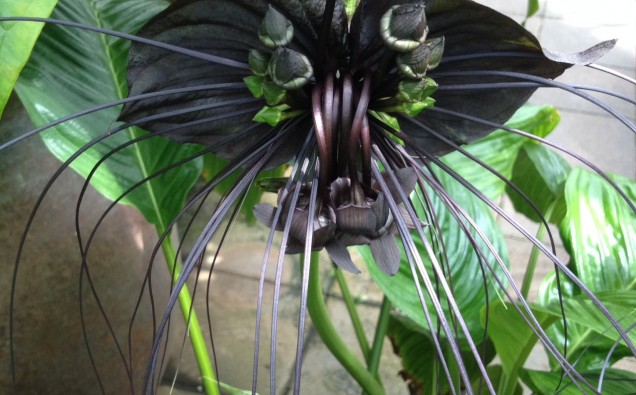 There are some great horror movies such as Creepshow and The Ruins that feature killer plants.

The Little Shop of Horrors made owning a Venus Fly Trap trendy in the 1980s. 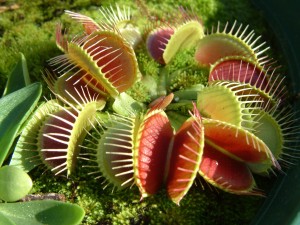 Let us not forget there are many horrific looking plants in nature. Poisonous or not, here are five plants that will make your spine tingle. 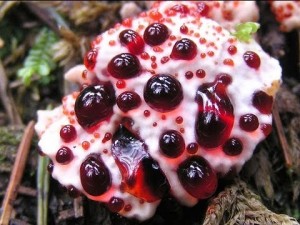 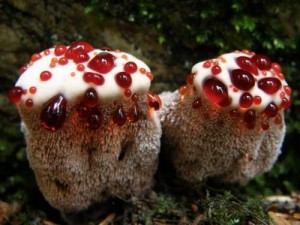 Also known as The Devil’s Tooth, The Bleeding Tooth Fungus, The Red-Juice Tooth, and Strawberries and Cream.

The Hydnellum peckii is a inedible fungus found in North America, Korea, Iran, and parts of Europe.

It is of the hydnoid species, and produces spores on the surface of vertical spines that hang from the under-surface of the fruit bodies giving the appearance that it is sweating blood. 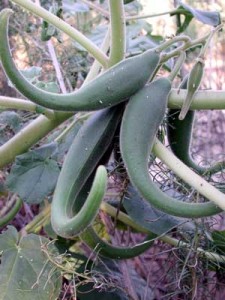 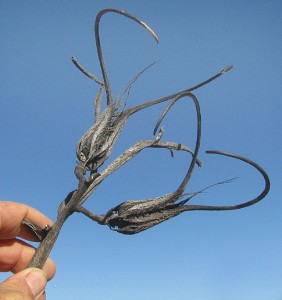 Proboscidea is a genus of flowering plant in the family Martyniaceae; they are found in the deserts of Arizona.

The plant produces hooked seed pods that catch the feet of animals. As the pods are crushed open the seeds disperse.

The seeds of the plant are edible and provided the Tohono O’odham American Indians with an important source of dietary oils. The pod shells were also used to weave baskets. 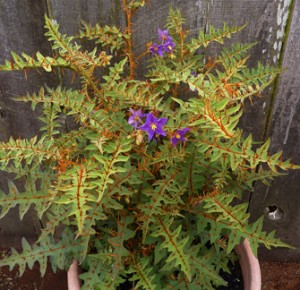 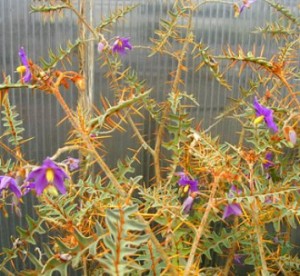 Also known as the Porcupine Tomato.

Solanum pyracanthon is an evergreen shrub native to Madagascar. It grows aggressively, and can be easily identified by its orange thorns.

The plant’s thorns, fruit, leaves, and stem all contain various toxic tropane alkaloids which are dangerous to humans. 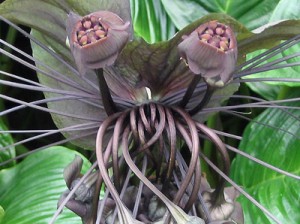 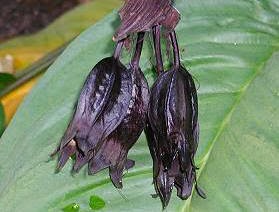 Tacca chantriei is a species of flowering plant in the yam family Dioscoreaceae. The plant is native to Thailand, Malaysia, and Southeast Asia.

The black flowers of this unusual plant are not only resemble a sleeping bat, they have tentacles that can grow up to 28 inches. 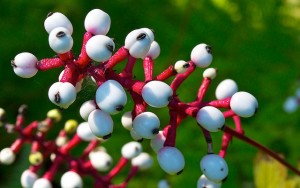 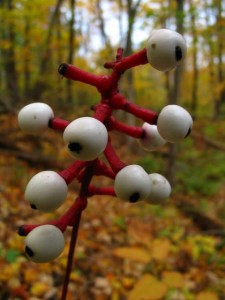 Actaea pachypoda is a flowering plant in the family Ranunculaceae, it is native to North America.

This thin stemmed perennial plant bears a white fruit that is highly poisonous to humans.

The berries contain cardiogenic toxins that have immediate affect on cardiac muscle tissue. Ingesting the berries of this plant can lead to death. Birds are not harmed by this plant, and are its primary seed dispersers.

Are their other plants out there that scare you? Let us know in the comments section below.

Check out my colleague Jeffery McCullough’s article on Killer Plants in Movies by clicking HERE.