Even More Voilence Out in Texas. 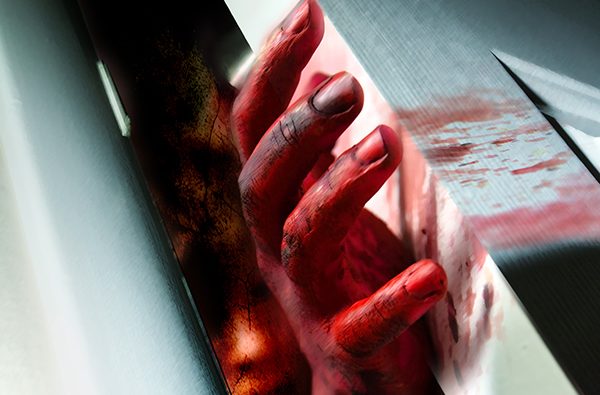 Everything that made me fall in love with reading horror James Longmore’s “Flanagan” embodies. The book is dark, sexy, brutal, and it dangles expected clichés in front of you, making you think you can guess what happens next only to be thrown through a loop and then off the damn roller coaster.

Helen and Chris Sewell are mild-mannered high school teachers whose marriage has lost its passion since their many attempts at having a child have failed. With the future of their relationship looking grim, they decided to take a trip to a clothing optional resort for their anniversary to save their dwindling relationship.

Driving across the backcountry of Texas they come across the town of Flanagan. They check into the local motel and things seem relatively normal –aside from the manager stalking the attractive Helen. Before Helen and Chris can leave the motel manager detains them. Bound, Chris is forced to watch the motel manager and his friends sexually assault his wife. This is where things go from bad to fucking hell. 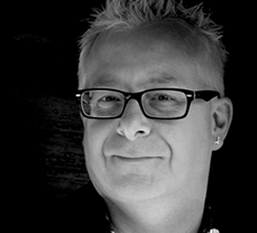 I know this sounds like if “The Texas Chainsaw Massacre” and “I Spit on Your Grave” had a baby, and in the best ways it is. The biggest difference between those films and the book “Flanagan” is those films have linear plots. “Flanagan” surprises the reader with sudden right turns. It blurs the line between traditional horror and splatter –which is a great feat for any piece of literature to pull off while not crossing the “silly” line.

Within the first pages of the book, there is planning and a level of misdirection that is a perfect example of literary sleight of hand. The kind of trick that comes around to hit you in the back of the head at the grisly end.

In the opening of the book, Longmore was smart enough to give you a taste of things to come. The book isn’t a continuous world of gore, but it takes it time, Longmore grows his characters allowing the reader to connect with them. And “Flanagan” relies heavily on its characters and the reader’s connection to them. Not only for the sake of empathy but playing off what you expect from the character then pulling a dazzling 180° turn around on the reader.

As much as “Flanagan” is a throwback to 90s’ horror literature such as like Stephen King or Clive Barker, it’s easy to read this book and see Longmore the future of horror literature. This books should be on every to read list. 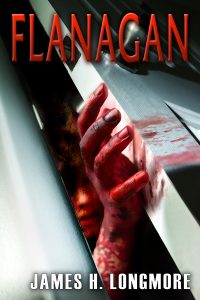 Go buy this for yourself for X-Mass! 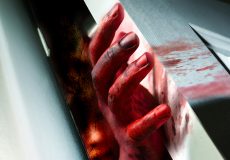