An amazing visual experience from Portugal 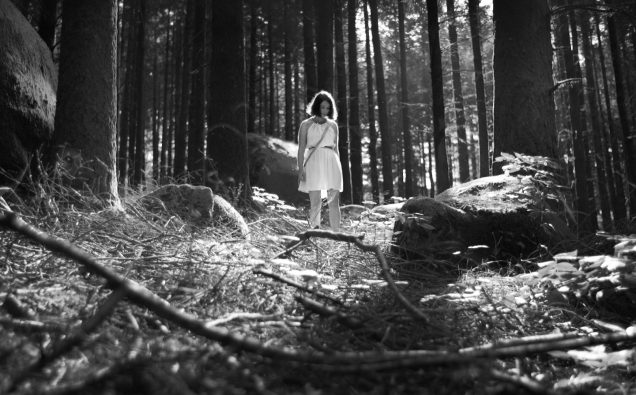 I love art-horror. To be able to craft a film that is at once visually beautiful while concerning an ugly subject is a personal favorite of mine. It is under this category that Portuguese film The Forest of Lost Souls falls. I think many people are aware of the Suicide Forest in Japan. This film purports to take place within a similar forest in Portugal.

The plot is pretty simple:

In the world’s saddest place, two strangers meet.
But one of them is happy to be there.

Shot is black and white, the film includes some stunningly beautiful shots and deep ideas. Also I really enjoyed the music and the opening which done using what appeared to be stop motion paper mache trees and shadow play. The cast is small, with only five primary actors and all of them are very skilled as far as I can tell (it can be difficult to judge with the film being in Portuguese).

The first half of the film takes place in the forest and contains a lot of really great character interaction between the two strangers; an older man who has suffered a tragedy and a young girl fascinated with death. The latter half of the film plays into retro-slasher territory and is visually powerful.

Overall, this is a terrific film for lovers of art-horror, serving as the first great film of the genre for 2017! A must watch for fans!