Four Underrated Horrors You Have to Watch

When it comes to horror hits, we all know the names to look out for if we want a fright – whether it’s Dracula, Kruger, Jason or Frankenstein. Taking... 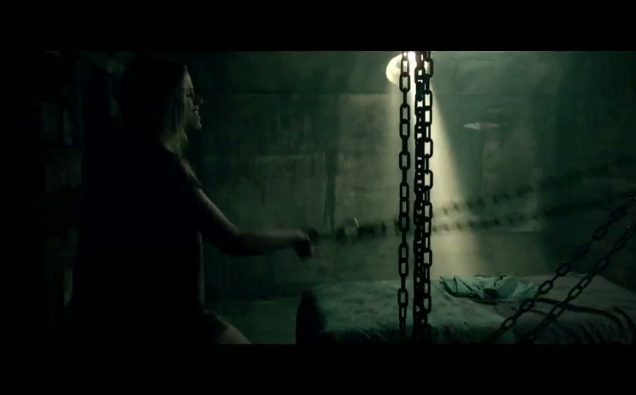 When it comes to horror hits, we all know the names to look out for if we want a fright – whether it’s Dracula, Kruger, Jason or Frankenstein. Taking the latter monstrosity as an example, Mary Shelley’s character has captivated and scared movie-goers for decades.

Ever since James Whale directed the movie Frankenstein in 1931, the story has been revived numerous times and in numerous forms. From Shelley’s Frankenstein directed by Kenneth Branagh to Frankenstein’s Army from Daniel Koefoed (who recently directly The Windmill), the green zombie continues to thrill audiences today.

However, when you start to look past classics like Frankenstein and modern hits such as The Walking Dead – which recently previewed its seventh season – you start to unearth some hidden gems. Because the horror genre is so vast, it’s easy to overlook some impressive offerings.

Now, while we can’t cover every unknown masterpiece in the limited amount of space we have here, the following list does contain some fine examples of the genre. While they may not be as popular as some other mainstream horror movies, they are still extremely entertaining and well worth a watch.

Greg Francis’ Poker Night tells the tale of rookie detective Stan Jeter (Beau Mirchoff) who gets locked in a basement by a psychotic killer. That happens right after he leaves a game of poker with his colleagues, in which they discuss various murder cases they have solved. Jeter is eventually forced to put this newfound knowledge not only of poker but also of murderers to work to earn his escape. However, there is one caveat: he must be coy about it, as his opponent is clearly vicious and disturbed.

Although poker is a competitive game, there is poker etiquette to keep players in check, and if anyone steps out of line it often results in some angry opponents. This set of unwritten poker rules involves avoiding things like slow rolling and trash talking. Being angry, however, can put a player on tilt – that is, make them play emotionally and thus ineffectively. While Jeter naturally doesn’t want to enrage a psychopath, he does want to put him on tilt, so that his captor miscalculates the situation and “loses.” He is thus forced to play a clever game of cat and mouse.

This combination of suspense, competition and high stakes (i.e. his life) helps to make this poker horror an entertaining watch.

If you like mockumentary-style horrors that combine humor with classic slasher elements, then Behind the Mask is a must-watch. Naturally, when it comes to classic slashers, the benchmark for many directors is Freddy Krueger.

Wes Craven’s creation was brought to life by New Line Cinema (a Warner Bros entity) thanks to the Nightmare on Elm Street franchise that’s been rebooted in various guises since 1984. One of the reasons Krueger has remained a benchmark is his physical appearance, terrifying charm and desire to kill. This combination of factors helped to create a character that was as charismatic as he was chilling.

Wanting to pay homage to these qualities but simultaneously pick apart the genre, Scott Glosserman created Behind the Mask: The Rise of Leslie Vernon. The premise behind movie is simple: a local killer (Leslie Vernon) invites a documentary crew to get the inside scoop on his forthcoming killing spree. Set in the town of Glen Echo, the movie sees Vernon detail his plans to impose a reign of terror over the town and takes pointers from the likes of Freddie Kruger and Jason before the big day.

By simultaneously constructing and deconstructing the genre, Glosserman has created a fiendishly clever movie that’s just the right combination of horror, humor and humility.

After a real-estate agent is tasked with selling a seemingly innocuous house, she’s dragged into a world of demons and tales of evil courtesy of the homeowners’ daughter. Through a combination of live action, historic takes and flashbacks, the movie gradually builds to a crescendo that sees blood spilled, throats cut and bodies hoisted in the air through thought alone.

The reason this movie is worth your time is that it smacks you when you least expect it. By starting off slow, AtDD catches you on the back foot which is a tactic that works extremely well. Another reason this movie is worth a watch according to Dennis Harvey at Variety is the realistic settings used: although he was unsure on some of the content, Harvey praised the production for going beyond the often superficial-looking sets that possession movies of this nature often abuse of. Here, the use of “real-world backgrounding” is something that gives this movie’s moments of terror an added touch of authenticity.

A Netflix special directed by Adam Egypt Mortimer, Some Kind of Hate sees a bullied schoolboy accidentally summon the spirit of a tortured girl who is fuelled by hate and revenge. Herself a victim of bullying, the possessed soul pledges to take her frustration out on those who have bullied protagonist Lincoln Taggert.

For some, the combination of genres take the movie in too many directions, but if you’re willing to think outside of the box then the combination of slasher, thriller and revenge film make for an interesting mix. With bullying being a topic that always strikes a chord with audiences, Some Kind of Hate is a movie that could be a hit in any decade and that’s part of its appeal. Of course, some critics have slammed the movie. The Hollywood Reporter‘s Frank Scheck called it “movie trash” because of its implausible plot (no one really investigates the spate of murders), but for us that’s part of its appeal.

A flick that’s slightly kitsch and beyond the realms of reality is often the reason horror movies gain a cult following and we think this is exactly why many viewers will love Some Kind of Hate. Are some bits of this movie unrealistic? Certainly, but that adds to its charm in our opinion.

Checking the listings for the next horror sensations to air on platforms such as Netflix is great, but you don’t always have to look to the hits if you want a fright. Our selection should give you a few hours of entertainment, but if you take some more time to look behind the blockbusters and more towards the back catalogues, you should find some highly entertaining horror movies that didn’t quite make the mainstream.