“I’m your DJ now, Princie!” A Nightmare on My Street. 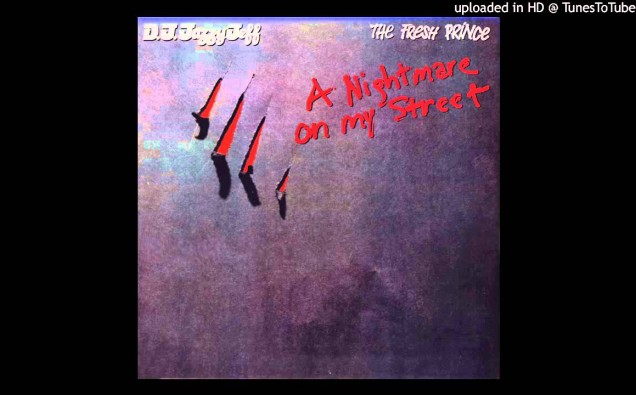 The Nightmare on Elm Street Franchise has inspired some interesting (cheesy?) music like: Are You Ready for Freddy? by The Fat Boys and Alice Cooper’s excellent Welcome to My Nightmare.  But the most notable Krueger-themed tune was almost lost forever in a controversial legal throw-down between New Line Cinema and a then up-and-coming hip-hop practitioner.

Before he was known as a Hollywood A-Lister (and the father of Willow and Jaden), Will Smith was the latter half the hip-hop duo D.J. Jazzy Jeff & Fresh Prince.  They hit their peak in the late 1980’s producing the most saccharine, parent-friendly variety of rap music ever made.  Their work is exemplified in tracks like Girls Ain’t Nothing But Trouble and Parents Just Don’t Understand. 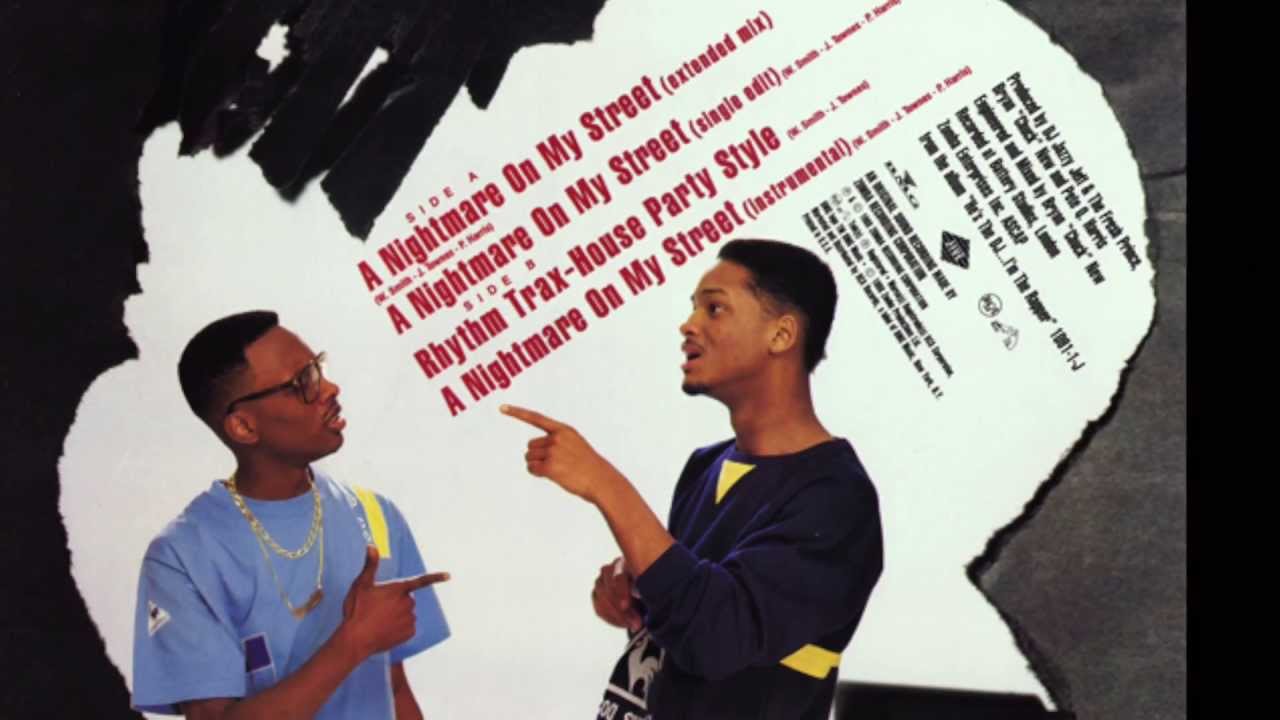 D.J. Jazzy Jeff & Fresh Prince recorded a similarly syrupy track, A Nightmare on My Street, that they hoped would be included on the soundtrack for A Nightmare on Elm Street IV: The Dream Master, but New Line (intelligently) passed on the song.  Instead, the hip-hop duo decided to release Nightmare on their seminal album He’s the DJ, I’m the Rapper and even produced a music video.

Despite the fact that A Nightmare on My Street reached #15 on Billboard’s Hot 100, New Line was none too pleased with an unauthorized track and video sullying up the Nightmare filmography.  A contentious legal battle ensued before all parties settled out-of-court.  An interesting review of the entire case can be seen at the website Leagle: HERE. 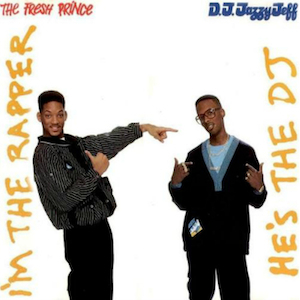 Under the terms of the settlement, DJ Jazzy Jeff & Fresh Prince were allowed to keep A Nightmare on My Street on their album; they were even permitted to release the track as a single.  A disclaimer was added to all future pressings: “[This song] is not part of the soundtrack…and is not authorized, licensed, or affiliated with the Nightmare on Elm Street films.”

The video, however, was ordered to be destroyed.  New Line then offered the hip-hop duo a chance to recoup legal expenses by staring in their own movie, but they flatly refused.  The film, House Party, was then offered to Kid n’ Play who launched a successful career with the film (and its sequels).

While the official video is lost forever, there are a couple excellent fan-made videos available on You Tube.  What makes this song most interesting to me, personally, is that Freddy himself demonstrates some serious raping skillz!  Check it out below!

Now I have a story that I’d like to tell

About this guy you all know him, he had me scared as hell!

He comes to me at night after I crawl into bed

He’s burnt up like a weenie and his name is Fred!

He wears the same hat and sweater every single day

And even if it’s hot, outside he wears it anyway!

I can’t believe that there’s a nightmare on my street!

It was a Saturday evening if I remember it right

And we had just gotten back off tour last night

So the gang and I thought that it would be groovy

If we summoned up the posse and done rushed the movies

I got Angie, Jeff got Tina

That was all right because the lady was chill

Then we dipped to the theater set to ill

and somethin bout Elm Street was the movie we saw

The way it started was decent, ya know nothing real fancy

bout this guy named Fred and this girl named Nancy

And everything seemed all right when we left

But when I got home and laid down to sleep

That began the nightmare, but on my street! 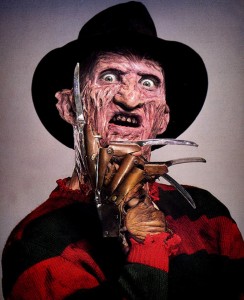 It was burnin in my room like an oven

My bed soaked with sweat, and man, I was buggin

It had melted it was so darn hot, and I was thirsty

I wanted something cool, to quench my thirst

I thought to myself, “Yo, this heat is the worst!”

But when I got downstairs, I noticed something was wrong

I was home all alone but the TV was on!

I thought nothin’ of it as I grabbed the remote

I pushed the power button, and then I almost choked

When I heard this awful voice comin’ from behind

It said, “You cut off ‘Heavy Metal’ and now you must die!”

Man, I ain’t even wait to see who it was

Broke outside my drawers and screamed, “So long, cuz!”

Got halfway up the block I calmed down and stopped screamin’

I strolled back home with a grin on my grill

I walked in the house, the Big Bad Fresh Prince

But Freddy killed all that noise real quick

He grabbed me by my neck and said, “Here’s what we’ll do.

We gotta lotta work here, me and you.

The souls of your friends you and I will claim.

I said, “Yo Fred, I think you’ve got me all wrong.

I ain’t partners with NOBODY with nails that long!

The girls won’t be on you, Fred your face is all burnt!”

Fred got mad and his head started steamin’

But I thought what the hell, I’m only dreamin’

I said, “Please leave Fred, so I can get some sleep;

or gimme a call, and maybe we’ll hang out next week.”

I patted him on the shoulder said, “Thanks for stopping by.”

Then I opened up the door and said, “Take care guy!” 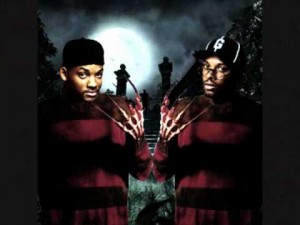 He got mad, drew back his arm, and slashed my shirt

I laughed at first, then thought, “Hold up, that hurt!”

It wasn’t a dream, man, this guy was for real

No further words and then I darted upstairs

Crashed through my door then jumped on my bed

Pulled the covers up over my head

And said, “Oh please do somethin’ with Fred!”

He jumped on my bed, went through the covers with his claws

Tried to get me, but my alarm went off

And then silence! It was a whole new day

I thought, “Huh, I wasn’t scared of him anyway.”

Until I noticed those rips in my sheets

And that was proof that there had been a nightmare, on my street

Do you remember when D.J. Jazzy Jeff & Fresh Prince released A Nightmare on My Street?  Are you a fan of ultra-cheesy 1980’s hip-hop?  Sound off in the Comments section.