The most fun you will ever have at summer camp 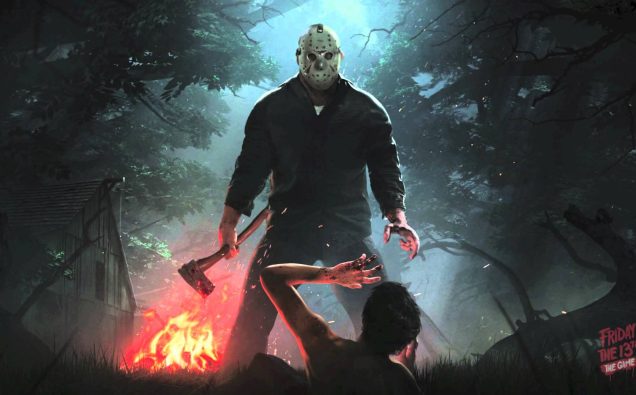 At this point, I think it is safe to say that most horror fans are aware of the Friday the 13th video game in the works. Well, this past week, several people who had pre-ordered the game or visited the folks behind it at cons got to check out a limited closed beta which ended yesterday. And, while there are still a few kinks to work out before the release next year, let’s say this slasher fanatic couldn’t be more pleased!

As Jason, you are nigh unstoppable (I say “nigh” because, rumor has it, enough damage will put him down), super strong, and are basically a force of nature. The odds are against Jason. He’s slower and has seven victims he needs to take down hiding in the dark across a wide area. To make him deadly, he has several abilities. He can “morph” and teleport around the map, “shift” and get a huge boost of speed to close in (via first person pov, making it reminiscent of the “force” from the Evil Dead films), “sense” and see the counselors around his general vicinity, and “rage” halfway through the match, gaining even more strength. All of these abilities have a cooldown to balance them out. As you play, you gain experience and can unlock other Jasons from different films, each with slightly different strengths, weaknesses, and abilities. For example Jason from 2 or 3 can jog and are slightly weaker while Jason from 7 can only walk and is stronger. All are fast in the water, however.

As a counselor, you have several routes for victory. You can repair a phone and call the police, starting a 5 minute countdown until they arrive at an exit and enabling that area as a safe escape. You can repair one of the two cars and drive it out. Alternately, if you find a radio you can call in Tommy Jarvis to even the odds, being controlled by a random dead of escaped player. Tommy is fast and armed with a shotgun which will deal heavy damage to Jason. Until you can do one of these three options, you have to survive by, simply, running and hiding. Barricade yourself in cabins, set bear traps, arm yourself, create distractions, whatever you can do to buy time to escape. As with Jason, you can unlock other counselors with varying stats.

The game is super addicting with tons of different strategies you can utilize as either Jason or a counselor.

Of course, if you are like me, you can also find other ways to have fun. Like, when you discover you, as a counselor, can still hurt other counselors and then proceed to declare yourself “Jason’s little helper” and go around killing or otherwise sabotaging your fellow players. Or find the car keys, wait in a cabin for other people to repair a car, wait for them to leave, and steal it, surviving on your own while leaving them to die. Or happening to be brought back as Tommy Jarvis and going after counselors with your shotgun. It’s more effective on them anyway…